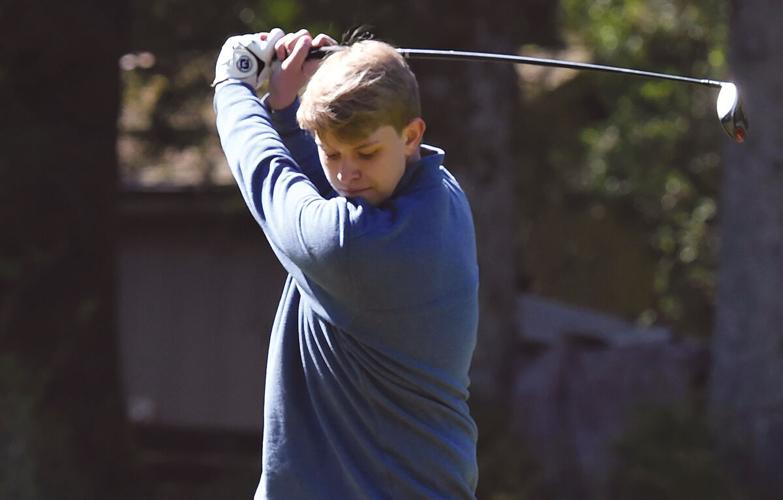 Taft High School senior Zac Will tees off from the 10th hole tee box April 13th at Salishan Golf Links in Gleneden Beach during the Taft JV Invitational. Will fired a 9-hole low round of 42 to edge Toledo senior Jake Long by two strokes. (Photo by Michael Heinbach) 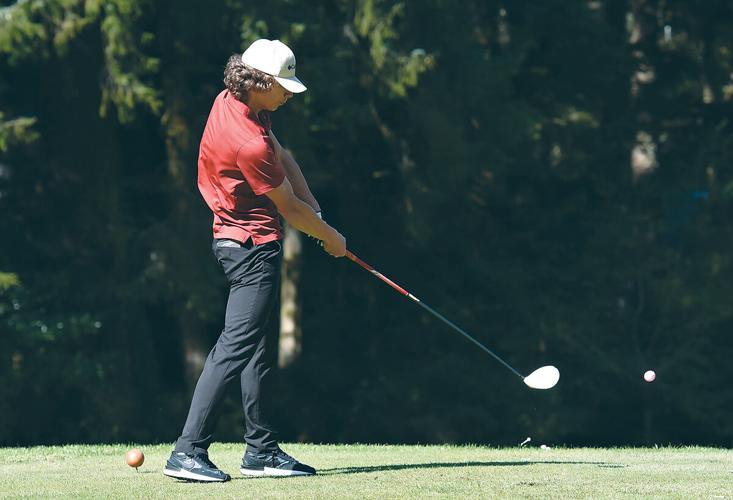 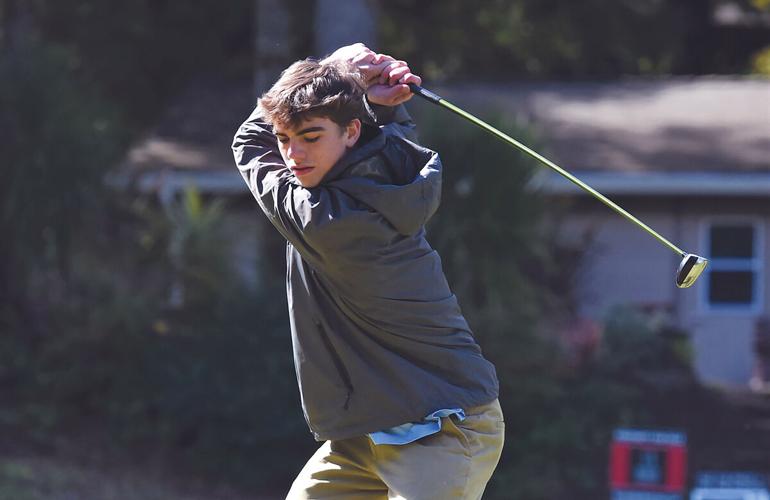 Senior Lily Hatton, from the Taft High School girls golf team, watches her tee shot fly April 13 during the Taft JV Invitational at Salishan Golf Links at Gleneden Beach. Hatton bested a field of five girls golfers from Taft and Waldport with a 9-hole round of 51. (Photo by Michael Heinbach)

Taft High School senior Zac Will tees off from the 10th hole tee box April 13th at Salishan Golf Links in Gleneden Beach during the Taft JV Invitational. Will fired a 9-hole low round of 42 to edge Toledo senior Jake Long by two strokes. (Photo by Michael Heinbach)

GLENEDEN BEACH — Less than 24 hours after rain, hail and chilly temperatures postponed prep sporting events throughout the state last Tuesday, golfers from Newport, Toledo and Waldport high schools joined their hosts for a sunny afternoon on the golf course at the Taft JV Invitational on the back-nine at Salishan Golf Links.

“(The invitational was) by far, the most organized and formally presented tournament of the young golf season,” Taft head boys coach Andy Morgan wrote in an email to News-Times staff. “For many of the JV competitors, it was their first competition of the season.

“All of the school coaches, and the staff of professionals at Salishan, pitched in to teach the players how to compete in formal tournament etiquette. Rules and procedure were the goals of the competition. I truly believe this event provided experience that will help each participant throughout their season.”

All four schools sent boys golfers to participate, and a final group of three Taft and two Waldport female golfers also took to the course. Despite the tournament’s name, several varsity-level golfers participated.

On the individual leaderboards, Taft senior Lily Hatton carded the best girls’ round with a 51, and was followed by teammate Aleah Bailey, who carded a 59, and Waldport’s Madison Olson with a 63. Emma Henton from Taft and Teagan Price of Waldport each finished in 70 strokes.

“It was great holding a tournament in which the boys and girls shared the course — this was the first time we have done this that I know of,” Morgan wrote.

In the boys’ competition, Taft senior Zac Will shot the low round with a 7-over-par 42. Toledo senior Jake Long shot a 44 to take second and edge senior teammate/co-middle infielder on the Boomer baseball team, Coren Loper, who shot a 48.

Newport senior Ayden Pockrus followed with a 49, while Taft’s Ethan Fairfield and Christian Unruh, along with Ethan Childs from Toledo, shot matching rounds of 51. Eston Whisler from Taft (53), Hunter Stoker of Newport (58), Noah Fruechte of Waldport (59) and Evan McAfee from Newport (59) finished out the top 10 on the individual leaderboard.

“It was a really terrific day for golf at Salishan, where the weather can really play a factor in scores,” Morgan said. “The environment was extremely kind — as was the host Salishan. This was a really great day for nearly two dozen county youth. We should be extremely proud of the young men and women who represent our local county schools.”