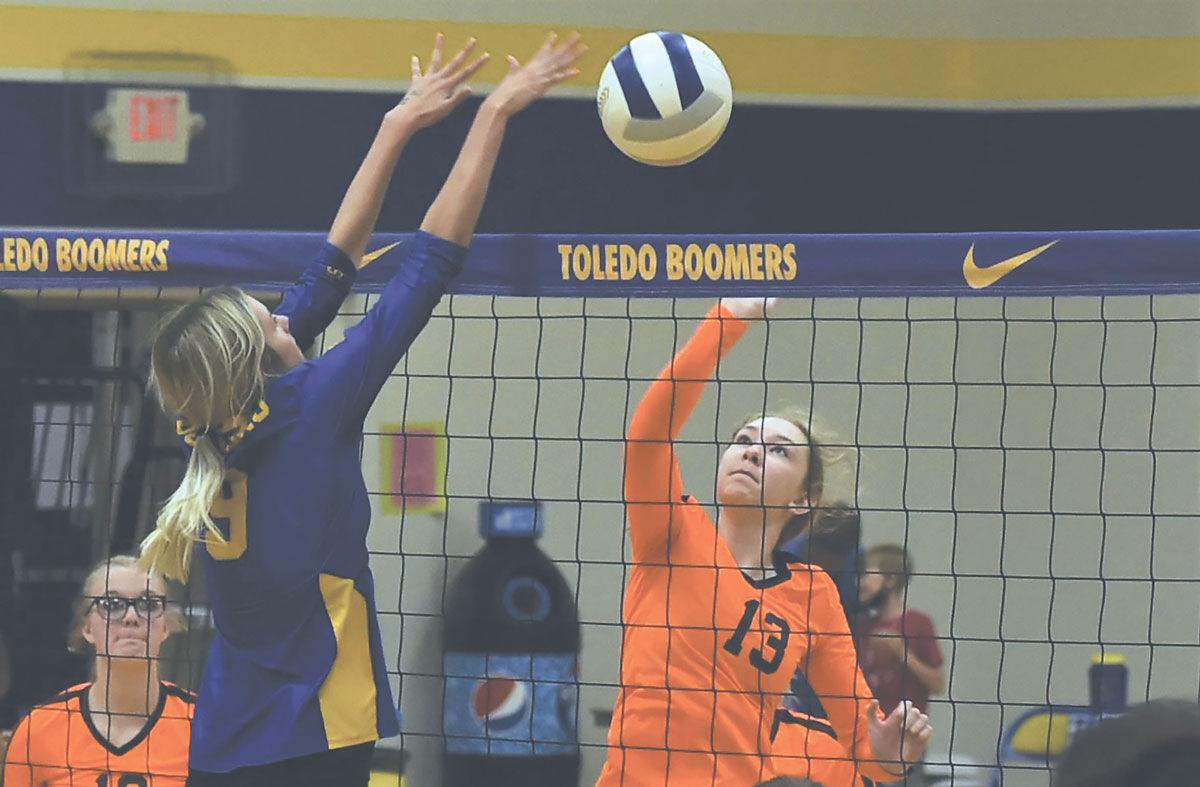 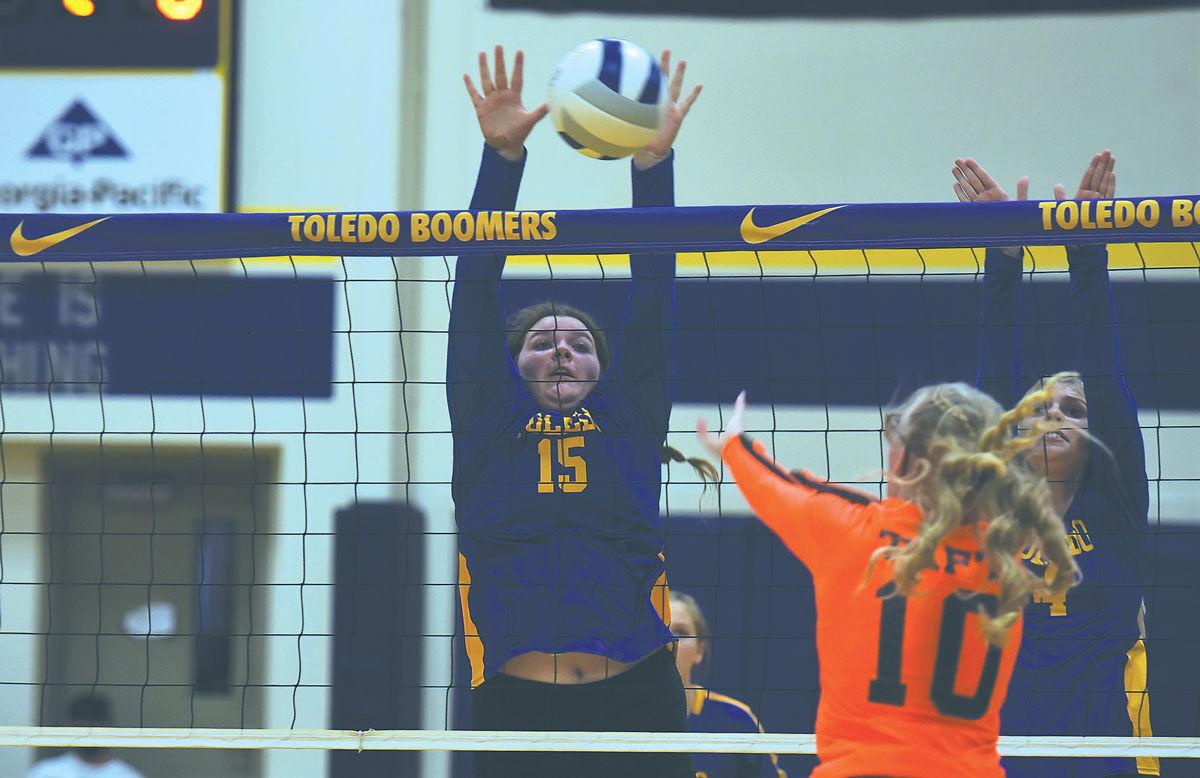 “Oh, my goodness, that was phenomenal,” Taft head coach Kelsey Hart said after her team battled to win a marathon of a match. “We’ve traditionally been a team that when we get in that type of situation, we’ve stumbled. So to come back, not only from that rough fourth game, but trailing big in the fifth, what a big step they took tonight.”

After the teams traded victories in the opening two games, Taft appeared to be taking the upper hand for good with a convincing victory in Game 3, bolstered by winning nine of the final six points.

But backed by a vocal student section celebrating Toledo’s spirit week, the Boomers — behind the strong net play of sophomore middle blocker Marlee Rozewski and senior Cameron Fisher — charged to leads of 12-2 and 19-7 before leveling the match at two games apiece.

“When (the Boomers’) crowd was up, they got up,” Gates said. “But when they’re getting their team fired up, it just makes us want to push harder and do better. It really encourages us to not give them anything to cheer about.”

The momentum the Boomers held in the fourth game carried over to the early stages of the deciding fifth set. They sprinted to a 9-4 advantage and led 14-12, needing just a single point to claim the win. But the Tigers scored three consecutive points to go ahead 15-14 before each squad failed to close out match points on two separate occasions.

Finally, after trailing 19-18, Taft scored three straight points to finish off the contest.

Toledo head coach Crystal Taylor Hinds may not have been overjoyed with the final result, but she took no issue with the quality of play or the heart Toledo put forth on the evening.

“Honestly, our girls went out there and they gave it their all,” Taylor Hinds said. “Anybody who ever wanted to know what Boomer heart looks like, that was it right there. They never gave up, they never said die until the last second. I couldn’t be more proud of my girls right now, even in a loss.”

The Tigers were scheduled to play a league match Tuesday at Warrenton before traveling Thursday to Rainier.

Toledo’s week was slated to begin Tuesday at Gold Beach before the Boomers face Reedsport Thursday at home in a pair of 2A-4 Sunset Conference contests.