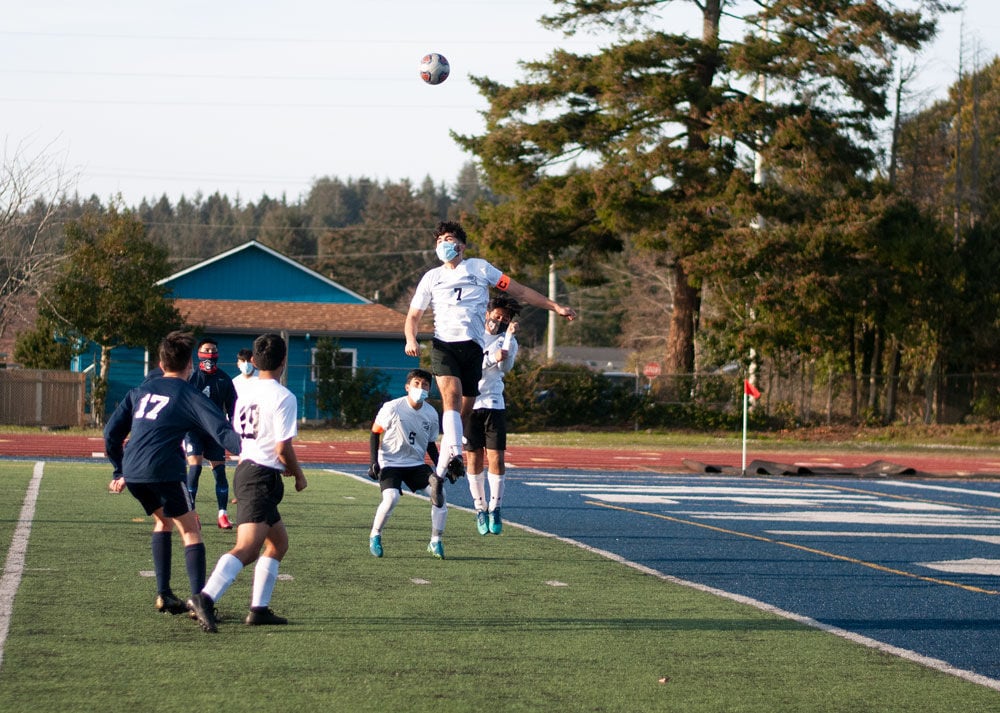 Taft High School junior defender JJ Lupercio, center, tries to clear a crossing attempt during the first half of a boys soccer match Wednesday evening, March 31, against Newport at Morrow Field. The Cubs won the contest 5-4. 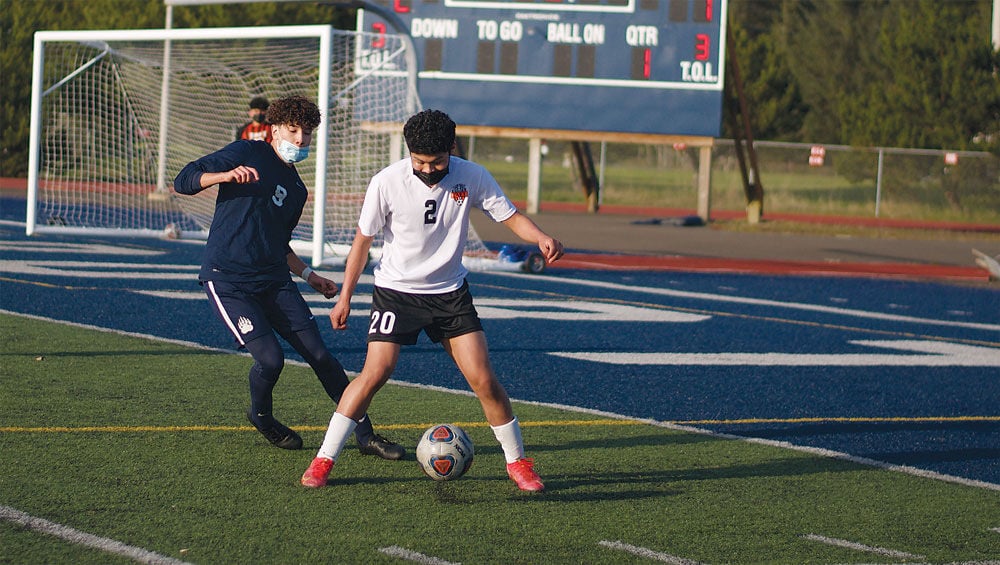 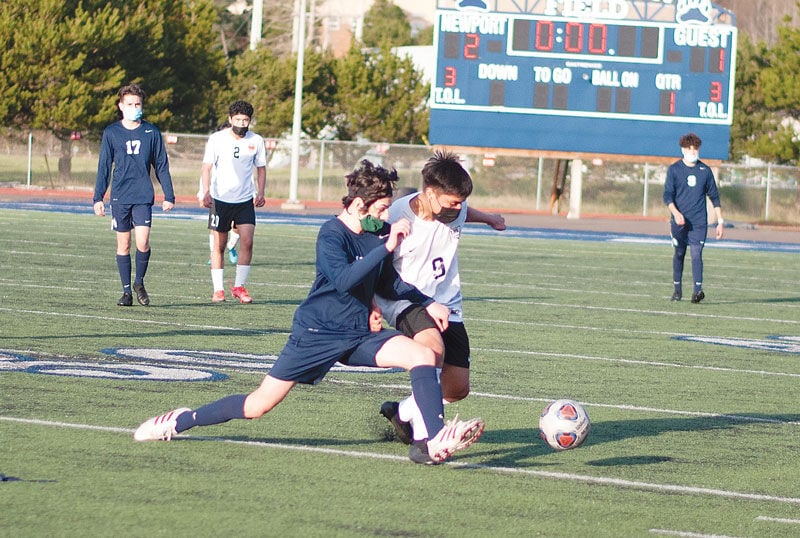 Taft High School junior defender JJ Lupercio, center, tries to clear a crossing attempt during the first half of a boys soccer match Wednesday evening, March 31, against Newport at Morrow Field. The Cubs won the contest 5-4.

NEWPORT — After falling short in its two previous matches this season against Class 3A Taft, the Newport High School boys soccer team earned some redemption on Wednesday, March 31, while celebrating the team’s two seniors.

The Cubs found the back of the net three times in the second half to post a hard-fought 5-4 victory over the Tigers at Morrow Field on Senior Night. In the teams’ previous meetings, Taft nabbed a 1-goal win March 3 over the Cubs in Newport and a 5-3 win at home one week later.

“There is always extra motivation on Senior Night,” Newport head coach Ollie Richardson wrote in an email to the News-Times. “Seniors always take the game a little more personally because there is nothing they want more than to play good and win on Senior Night.

“This was also the first game this season with spectators, so they were pretty fired up. It was a storybook ending coming from behind on a goal from senior Oscar Jimenez, who nailed the game winner with less than nine minutes left.”

“Today we played 4A Newport for the third time this season, and they adjusted well enough to our play style to earn themselves a win. It was a great back-and-forth game … in the end we just ran out of time,” Tigers head coach Ryan Ulicni wrote in the match report submitted to media.

Velazquez-Olivera scored three times for Newport, including an acrobatic tally in the ninth minute that awed his coach.

“His second goal was eight minutes into the game and was a beautiful bicycle kick that came off a corner (kick) from Uli Gomez,” Richardson wrote. “Bryan went upside down and hit it perfectly into the upper-right corner. It definitely would have made the top 10 ESPN highlights.”

Newport, playing its first match in more than a week, leveled its record at 3-3-0. The Cubs were looking to inch above .500 when they traveled Thursday to face Sisters. That match was played after the News-Times’ print deadline.

Senior midfielder William Calderon scored twice for the Tigers, who slipped to 5-2-1. Junior forward Sammy Vasquez and senior midfielder Jose Flores also tallied for Taft, which completes its schedule with home matches April 6 against Delphian and April 7 against Yamhill-Carlton.

Ulicni continued to praise his team after the Newport match, and even shouldered some of the blame for the loss.

“These boys always give it their all and show great resilience each time they fall behind,” he wrote. “If there was any fault it was in my not preparing them properly. We’re going to learn and we’re going grow from this together. Next game, we’ll be ready for anything.”

Following their match at Sisters, the Cubs play away contests at Milwaukie on April 6 and April 8 at Yamhill-Carlton before closing the campaign April 10 at homer against Dayton.

The Tigers took a 2-0 advantage into halftime before Ulicni said his team found its groove.

“Focusing more on our passing in the second half worked to our favor,” Ulicni wrote in the media report. “The passing got better, then the scoring followed.”

“Our kids were a little intimidated by (Sweet Home’s) size and played a bit passive,” Joey Arce-Torres, Taft head coach, wrote in his match report for the teams first win of the week. “Second half, I only asked one thing of them, ‘be first to the ball.’”

“The team is improving every week, and they are hitting their stride,” Arce-Torres wrote. “They now recognize how to win and how to practice effectively. It’s been a fantastic season, and I am very pleased with their progress.”

Taft completed its schedule Wednesday with a 2-0 defeat of Amity/Perrydale in an 8-on-8 contest because the Warriors could not field a complete team.

Peterson and junior defender/midfielder Sayge Ulrich scored for Taft, which closed the season 3-4-1. The Tigers closed out the campaign with three wins and a draw in their final four matches after starting the season on a four-match losing streak.

Newport, which upped its record to 9-0, hosts Taft today (Friday) before finishing the season April 7 at Estacada.

“Our team did everything we asked of them,” Toledo coach Crystal Taylor Hinds wrote. “They worked together, talked and fought the entire time.”

The Boomers dropped to 5-4 and end the season with a Friday match at Waldport.

No additional match details were provided to the News-Times prior to deadline.