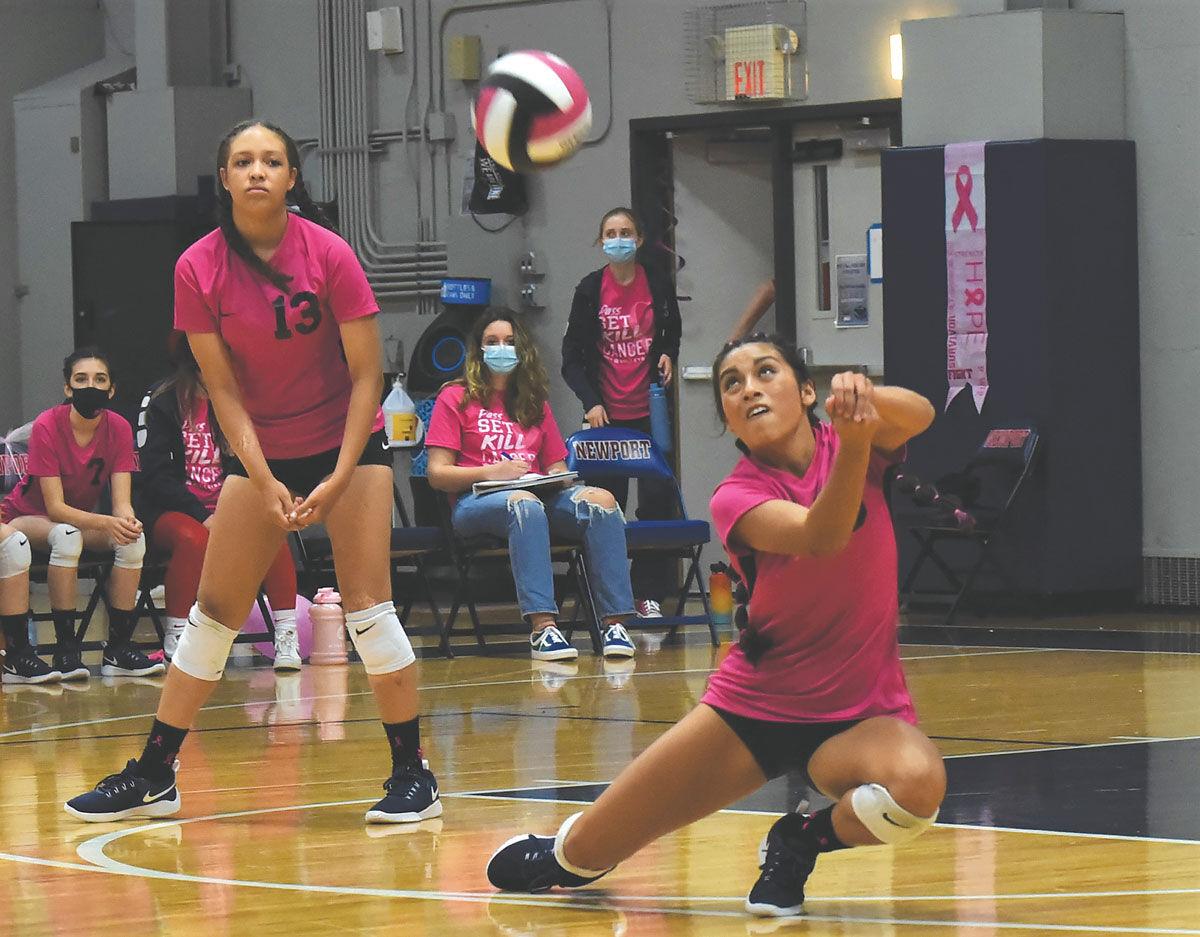 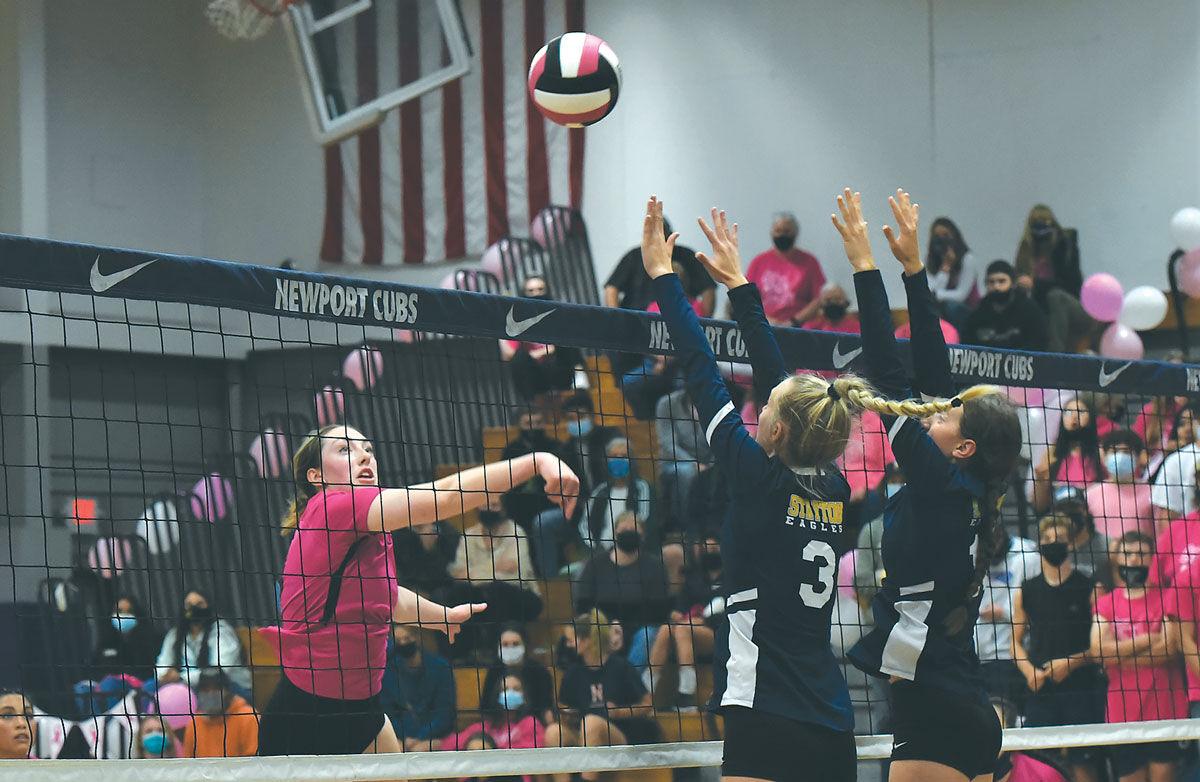 Newport senior middle blocker/right-side hitter Stella Barber, left, sends a kill attempt across the net during the Cubs’ three-set loss to Stayton on Sept. 30 at Spangler Court in Newport (Photo by Michael Heinbach)

Newport senior middle blocker/right-side hitter Stella Barber, left, sends a kill attempt across the net during the Cubs’ three-set loss to Stayton on Sept. 30 at Spangler Court in Newport (Photo by Michael Heinbach)

But after the Cubs dropped their sixth consecutive match since their three-game sweep Sept. 9 at home of league cellar-dweller Woodburn, NHS coach Vicky Roller said she was extremely encouraged by the play of sophomore setter Caliyah Covington, who has smoothly transitioned from the JV to the varsity team’s setter.

Covington’s play set the stage for a big night at the net for the Cubs’ senior middle blocker/right-side hitter Stella Barber, who paced Newport in kills.

“I think the highlight for me tonight was watching our sophomore, Caliyah Covington, becoming a varsity setter,” Roller said. “Stella can hit great balls for kills, but that doesn’t happen without a setter, and we’ve really struggled in that spot.”

Roller said Covington was playing her third match of the season with the varsity and continues to improve personally and helps her team get better as a whole.

Stayton again asserted itself in winning seven consecutive points early in the third set behind the serving of senior setter Jessica Leimbach before a kill from sophomore Kaley Sutton ended the match.

Regardless of the outcome, Roller had no qualms with the effort the Cubs played with.

“I think tonight they worked really hard,” Roller said. “It’s always kind of a bummer when you put in all your effort and the result doesn’t happen. They never stopped working, and they never gave up.”

Newport was scheduled to travel Tuesday to face Woodburn, which began the week 0-7, 1-10. It might be the best chance the Cubs have to return to the win column, but Roller said the remainder of the season will focus on laying the groundwork for a successful future.

“When we talk about the future, we’re looking beyond this season because we’re probably not going to be making a playoff run,” Roller said. “We have some tough competition to face coming up here, but we’re really going to be looking at how we’re going to get some of those underclassmen some more touches, while keeping our seniors engaged and working to leave their legacy for the future of Newport volleyball.”