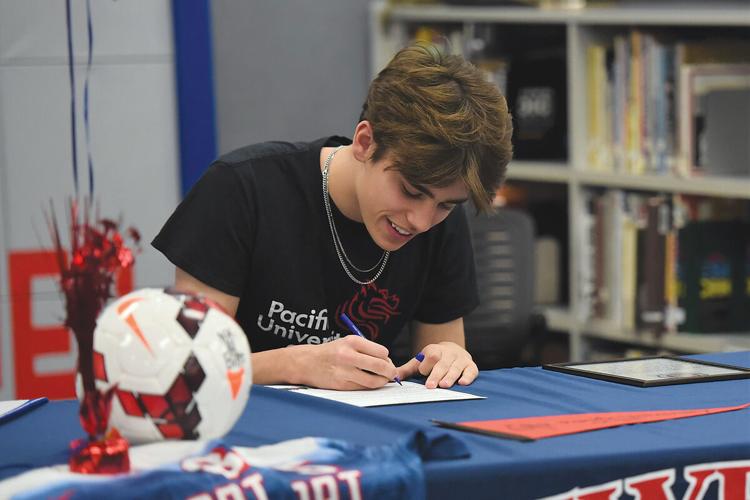 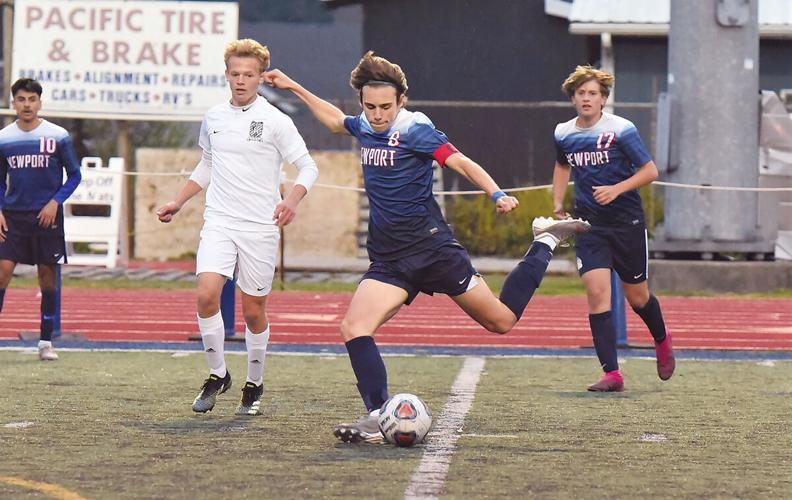 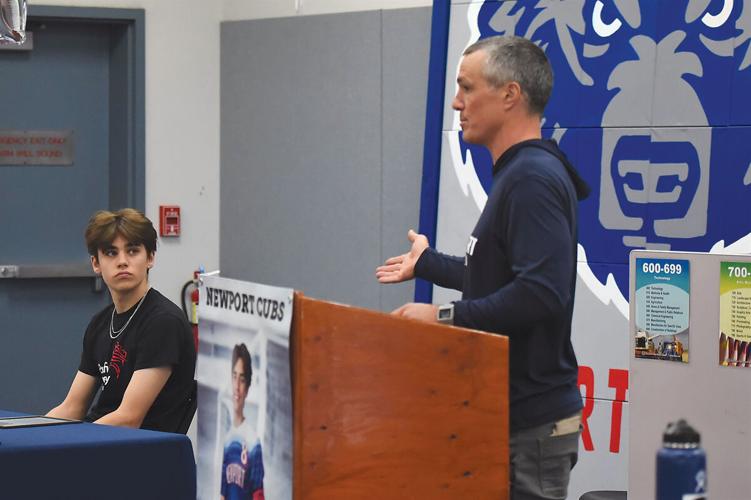 Newport High School senior Aidan Pierias wasn’t all that talkative during a brief ceremony last Thursday in the school’s Boone Center to celebrate his official commitment to play men’s soccer next fall at Pacific University in Forest Grove. Luckily, the News-Times spoke with the Cubs boys soccer team’s leader prior to the gathering in his honor, attended by friends, family and teammates and hosted by Shelley Moore, Newport assistant principal and athletic director.

Pierias, who captained the Newport boys soccer team to a 5-8-2 mark and a postseason match this fall. He said that not only has playing soccer at the collegiate level been a goal for a number of years, he identified Pacific as a target early on in his high school career.

“Playing college soccer has always been a dream of mine, and I wanted to try and stay in Oregon,” Pierias said. “I think I took a look into Pacific in my freshman year, and set it as a goal to try and get an offer there.”

Pierias contacted the Boxers’ coaching staff and attended camps at Pacific before making it his No. 1 choice for where to continue his academic and soccer careers. He said the support he’s received from coaches and staff members at Newport, as well as the backing of the community at large, helped make his goal joining the NCAA-Division III program.

“The familiarity and comfort I have with the coaching staff and the team was huge throughout high school,” he said. “I know every year my coach Mr. (Ollie) Richardson asked me if my goal was still to play at a four-year university, and when I said yes, he’d push me to face new challenges in order to reach my goals.”

Richardson spoke during the gathering and talked of Pierias’ ability and the hole he leaves in the Cubs’ roster with his departure to college.

“I’ve had the pleasure of coaching Aiden all four years here, and he one of those athletes …,” Richardson said. “The thing that kills me is he’s one of those players that when they leave, they’re impossible to replace.”

When asked to describe his game, Pierias, who played midfielder throughout his prep career, said he’s a well-rounded soccer player.

“I consider myself a midfielder, but I can pretty much play any position besides keeper,” Pierias said. “I would say that growing up I was always better at attack, but then around sophomore and junior years, I grew a bit and have recently become a pretty good defender.”

Though unable to attend in person, Pacific head men’s soccer coach Brandon Porter forwarded along a message to be read aloud during the gathering.

“We’re excited to add someone of Aidan’s quality, both as a student-athlete as well as a person,” Porter wrote in his message read by Moore during the ceremony. “His ability to affect the game on both sides of the ball will translate well to the college game, and we look forward to watching him grow with his very impactful recruiting class.”

Pierias said he looking into majoring in kinesiology when he arrives at Pacific.