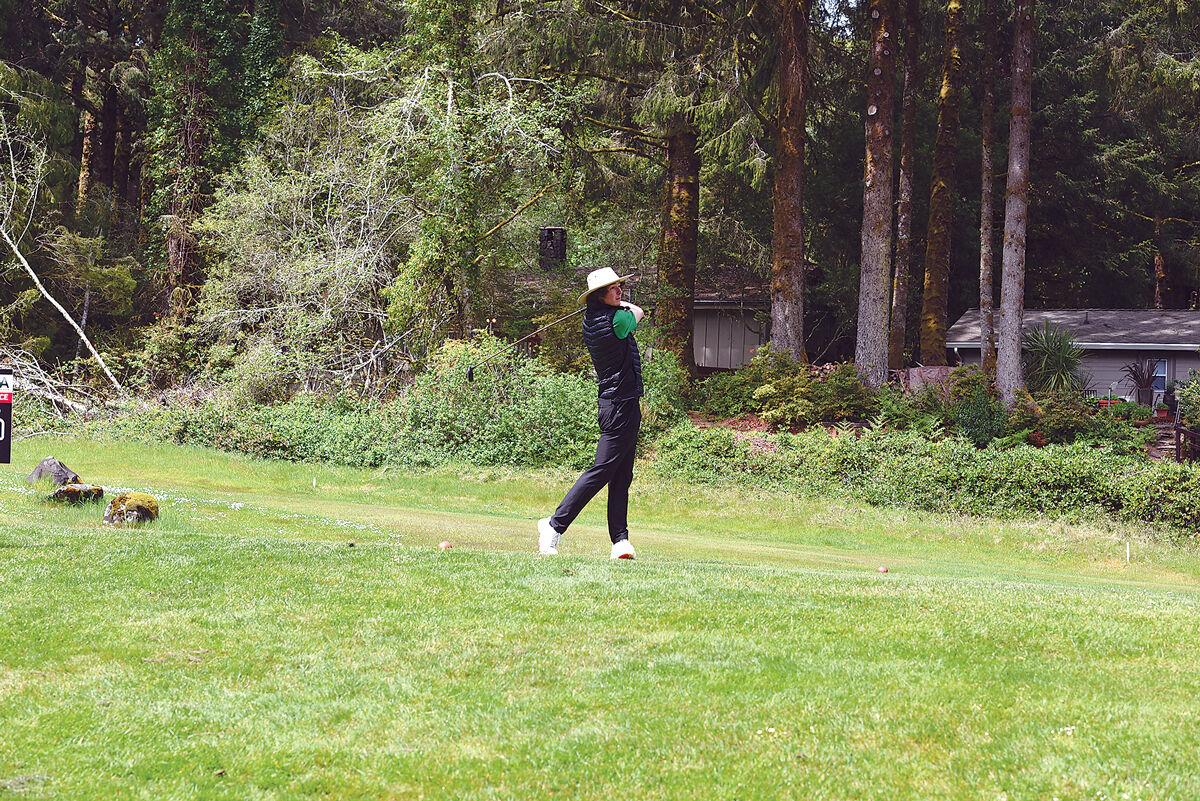 Junior Levi Fruechte, from Waldport High School, watches his drive off the first tee Wednesday, May 5, during the Newport Invitational golf tournament on Wednesday. (Photos by Michael Heinbach) 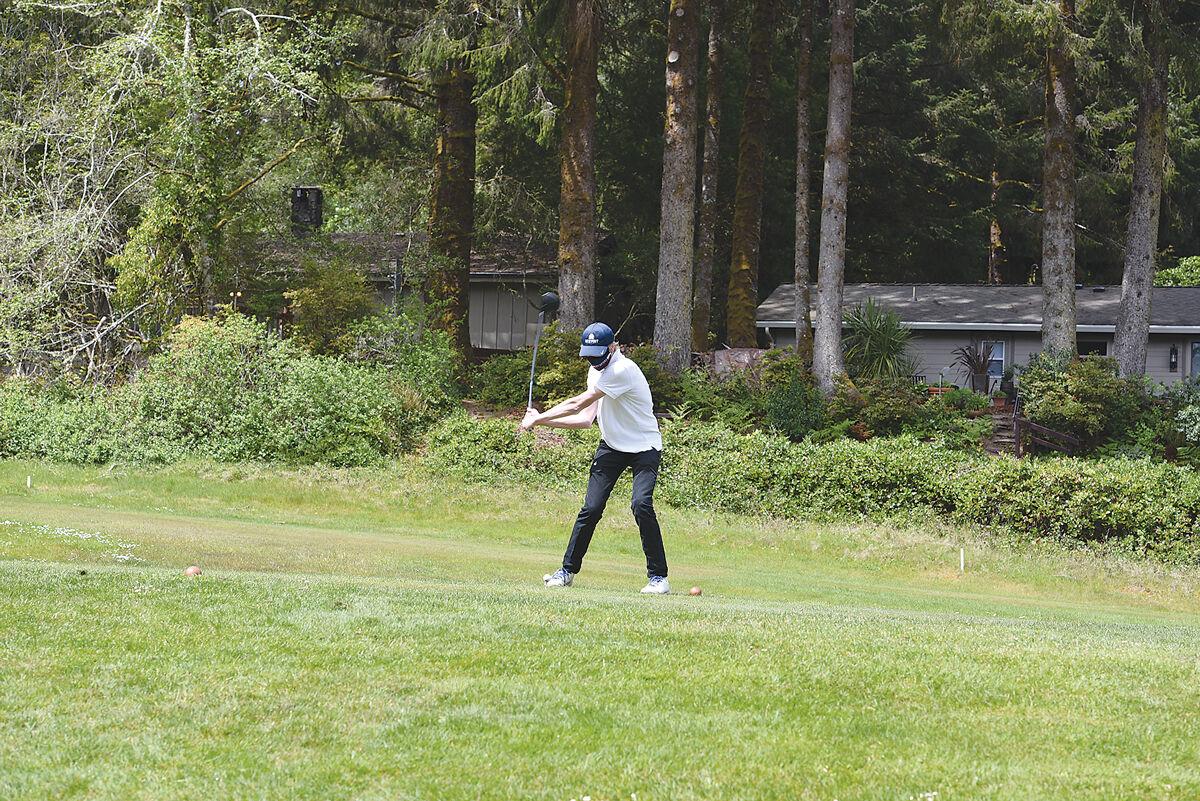 Junior Levi Fruechte, from Waldport High School, watches his drive off the first tee Wednesday, May 5, during the Newport Invitational golf tournament on Wednesday. (Photos by Michael Heinbach)

GLENEDEN BEACH — It wouldn’t be easy to find better conditions for a day of competitive golf than the ones found Wednesday, May 5, during the Newport Invitational boys golf tournament at Salishan Golf Links. In particular, two Woodburn High School brothers found the warm temperatures, sunny skies and cool breezes much to their liking.

Bulldog brothers Cole and Ty Beyer fired identical scores of 2-over-par 72 to tie for medalist honors atop the individual leaderboard and lead Woodburn’s push to the team championship.

The Bulldogs shot a combined four-person round of 339 to take the team championship by 19 strokes over runner-up Cascade. Cottage Grove was third with 394, followed by Sweet Home at 427.

With a 452 team score, Newport placed fifth of five teams that carried enough golfers (four) to post a team score. Cubs coach Tom Perry told the News-Times that was to be expected as his team features two players with previous high school golf experience and three first-year high school competitors.

Newport’s top finisher was Elliot Crowder, who shot a round of 106 to finish alone in 16th. Junior Zak Holsey was the top performer for Waldport, shooting a round of 107 to place 17th.

Perry said the event marked the first time Newport hosted a golf tournament at Salishan, and he couldn’t have been more pleased with how staff went above and beyond to make it a special day for the student-athletes competing.

“Tom Graves, director of golf, rolled out the red carpet and provided free team entry, including yardage books, tokens for practice, and carts and free play for the coaches — all without charge — as well as provided the scorecards and the scoring,” Perry wrote in an email to the News-Times. “Every coach was appreciative for the event, and they’re looking forward to returning next year.”

Graves is a Newport High School alum who previously played for and coached the golf program at Corban University in Salem.

Wednesday, May 5, at the par-70 Salishan Golf Links, Gleneden Beach

At Philomath, the Newport boys and Philomath girls won the team titles Tuesday, May 4, when the Cubs track and field teams visited the Warriors for a dual meet.

Senior Larell Covington led the way for the Cubs boys team win, taking individual medalist honors in the 100 meters and the long jump. His winning leap of 21 feet, 6 inches in the long jump was a personal best.

The Cubs also receives individual victories from Ben Wiese in the 200, James Lackey in the 3,200, Noah Daniels in the shot put, Payton Cunningham in the discus, Landon Cunningham in the javelin, Jiro Gonzalez in the pole vault and Ethan Osborn in the triple jump.

The Newport boys collected 88 team points, and the Warriors scored 58.

In the girls competition, Philomath tallied 95 compared to Newport’s 54.

Junior Stella Barber was the top performer for the Cubs girls, earning individual victories in the 200, the high jump and the long jump.

Newport’s teams are next slated to compete May 14 and 15 in the Oregon West Championships at Stayton High School.

Tuesday, May 4, at Philomath

At Toledo, the Boomers improved to 9-0 in 2A/1A SD4 play with a one-sided win Tuesday, May 4, over league-rival Waldport.

Details of the contest were not provided to the media.

The Boomers (9-1 overall), who ran their winning streak to four games, were scheduled to travel Thursday to face Reedsport in the league game. Toledo began Thursday atop the league standings with a two-game lead over Bandon (7-2).

At Toledo, the Boomers won their eighth straight game on Tuesday, May 4, earning a 2A/1A-SD5 win over league-rival Waldport.

McAlpine started on the mound for Toledo, Loper and Cross finished in relief.

The Irish dropped to 2-6 in league and overall.

At Lincoln City, the Tigers fell to 1-5 in 3A-SD 2 play after losing a league contest to the Warriors.

Details of the contest were not provided to the media.