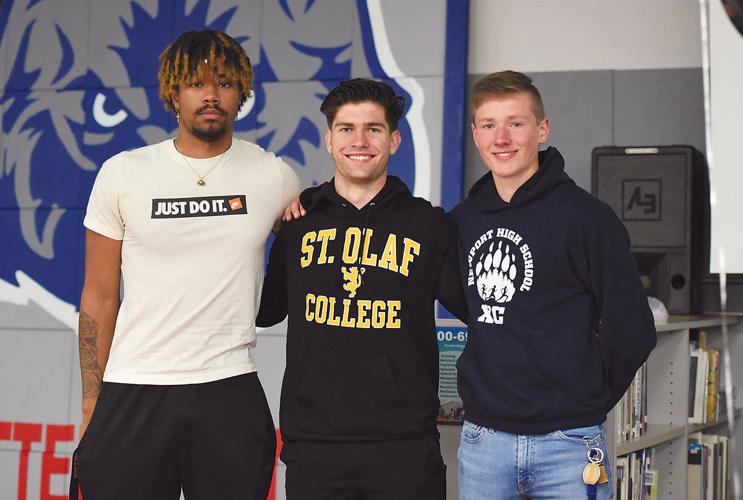 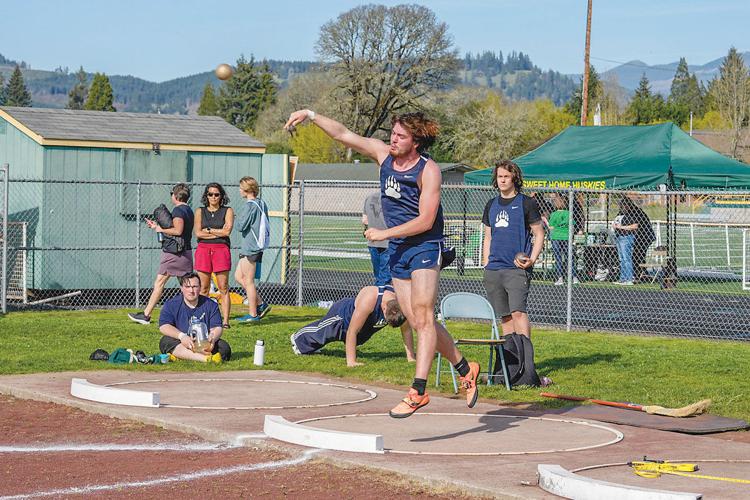 Newport senior Noah Daniels, photographed during a track and field meet this spring, is committed to competing next school year at Lane Community College in Eugene. (Photo courtesy of David Larsen)

Newport senior Noah Daniels, photographed during a track and field meet this spring, is committed to competing next school year at Lane Community College in Eugene. (Photo courtesy of David Larsen)

Prior to the Newport High School track and field team’s end-of-season celebration June 9 in the school’s Boone center, the program held a short ceremony to honor four seniors who committed to extending their academic and athletic journeys at the collegiate level.

Noah Daniels, James Lackey, Sam Laurel and Quintin Travis, who helped the Cubs to a ninth-place finish at the OSAA 4A track and field championships last month in Eugene, all are committed compete.

Daniels and Travis are committed to continue their athletic careers next school year at Lane Community College in Eugene. They both received a fair amount of praise from Bill Steyer, Lane Community College head cross country and track and field coach, who sent statements about each athlete that were read aloud during the ceremony by Shelley Moore, NHS assistant principal/athletic director.

“Noah is a great distance thrower who will bring added depth to our men’s throws program next year,” Steyer said. “We also look forward to developing his skills in the shot put and hammer throw, and are confident that he will be an impact athlete in these events for our conference.”

Travis is the reigning Oregon West Conference triple jump champion, was second at the league meet in the high jump and third in both the long jump and the 110-meter hurdles. At the state meet, Travis earned a ninth-place finish in the triple jump, and looks to become a decathlete at LCC.

“Quintin is a talented multi-sport athlete who will bring his athletic abilities to the team in the jumping events, including (the) triple jump and high jump,” Steyer said. “We also look forward to him developing into a future decathlete.”

Laurel will take on both cross country and track and field at St. Olaf College, a Lutheran liberal arts school in Northfield, Minnesota that competes in the Minnesota Intercollegiate Athletic Conference. That’s the same town and same conference as Carleton College, where Laurel’s NHS teammate, senior Aliya Larsen, is committed to run.

“We are excited to have Sam join our program,” St. Olaf coach Brian Power said. “His work ethic and dedication to academics and his running will provide the foundation for an awesome experience at St. Olaf.”

Laurel was 27th as senior at the 4A cross country championships, was fifth in the conference in cross country and was sixth in the 3,000 this spring at the OWC meet.

“We are really excited to have James on board at Western Oregon next year,” WOU coach Zach Holloway said. “He has shown at Newport that he is a remarkable student and very talented in the distance events on the track. We look forward to having him come in and develop as a student-athlete at WOU.”