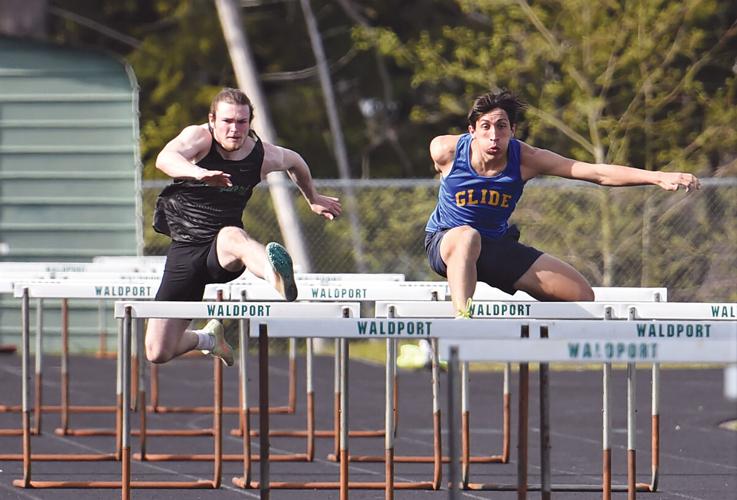 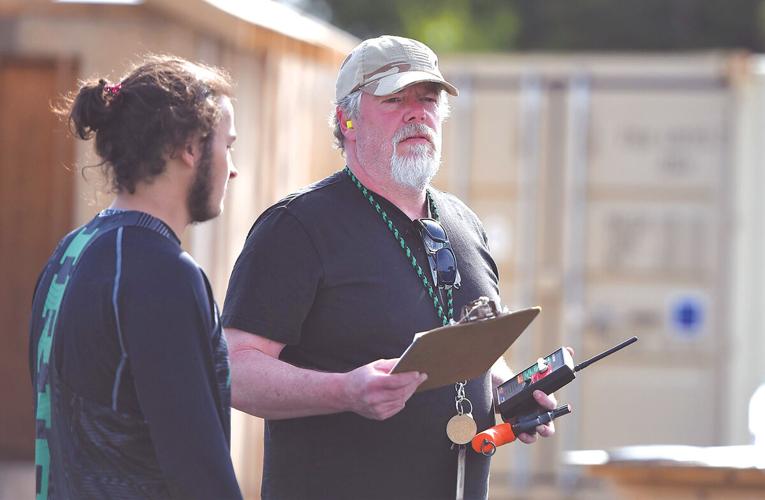 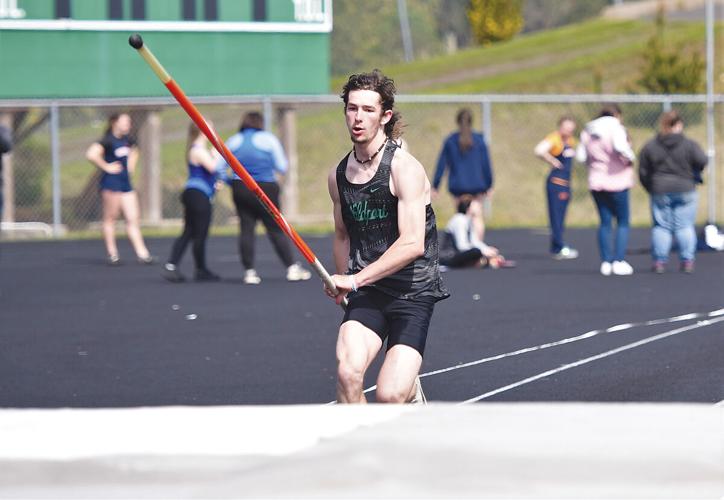 Waldport senior Levi Fruechte attempts the pole vault last Wednesday during a three-school track and field meet at Waldport High School. Fruechte, in his final home meet, won the pole vault and the 400 meters and ran the anchor leg for the Irish’s winning 400-meter relay team. (Photo by Michael Heinbach)

Waldport senior Levi Fruechte attempts the pole vault last Wednesday during a three-school track and field meet at Waldport High School. Fruechte, in his final home meet, won the pole vault and the 400 meters and ran the anchor leg for the Irish’s winning 400-meter relay team. (Photo by Michael Heinbach)

WALDPORT — The Waldport High School track and field teams didn’t top the team standings for longtime head coach William Bittick during his final home meet — a three-school 2A-SD-3 meet April 27 against Monroe and Glide. But several Irish athletes turned in top efforts in their last interscholastic event this season at the school.

Waldport senior Levi Fruechte led the Irish boys to a second-place team finish with 155 points. Glide tallied 237, and Monroe scored 140. Fruechte won his signature event — the pole vault — claimed victory in a fill-in role in the 400 meters and was third in the long jump. He also ran the anchor leg for Waldport’s winning 400-meter relay team, composed of Johnny Miller, Zak Holsey and Noah Fruechte.

Miller, a sophomore, won the 100 and took fourth in the long jump, Holsey won the long jump and was edged by Glide senior Caleb Thomas for the 300 hurdles titles. Also for the Irish, Noah Fruechte placed second in the pole vault, and junior Andrew Gordon was third in the 400.

For the Waldport girls, senior Hadley McSharry won the high jump with a personal-best leap of 4 feet, 4 inches, and was third in the long jump. Waldport junior Iris Donovan won the 400 and sophomore Mia Dooley finished second in the high jump.

At Junction City, senior Klaira Flatt was the top area performer Saturday in leading the Toledo girls to a ninth-place team finish out of 19 schools.

Flatt took second in the 300 hurdles and long jump, third in the 400 meters and fifth in the triple jump. Boomer junior Avery Tyler added a sixth-place finish in the javelin.

Mateo-Perez led the Tiger boys to a tie for 16th place in the team standings by winning the 100 meters in 11.87 seconds to best Molalla junior Brayden Cunningham by 0.03 seconds. Cunningham won the boys javelin with a distance of 145 feet, 2 inches in pacing Newport to a tie for sixth.

Other Cubs boys highlights included a second in the discus and a fourth in the shot put by senior Noah Daniels, senior Quintin Travis earned silver in the high jump, a fifth-place finish by senior James Lackey in the 800 and a sixth-place finish from sophomore Ethan Osborn in the 400.

The Taft girls, who finished tied for 15th, were led by senior Kadence James, who took second in the high jump, and freshman Sienna Lillebo who earned matching sixth-place finishes in the 100 and 200.

Freshman Andiah Johnson topped the Newport girls’ effort with a fourth in the long jump, while sophomore teammate Charlotte Gardner was fifth in the 800 for the Cubs, who finished 19th.

At Dayton, both the Tiger girls and boys teams placed fourth April 28 out of five schools.

James topped the Taft girls with matching second-place finishes in the 100 meters and the high jump. Tiger freshman Julia Towers placed fourth in the 800.

The Taft boys received a victory from sophomore Dylan Stutzman in the 1,500, while freshman Trenton Battle was second in the 100, and fourth in the 200 and long jump. Taft freshman Joseph Lines-Oldshield was second in the 800 meters and the Tiger boys won the 1,600 relay.

At Oakland, Flatt led the Boomer girls, and the Rothenberger brothers paced the Toledo boys April 28 in a league meet with Oakland and Lowell.

Flatt earned wins in the 400 and 300 hurdles and took second in both the long jump and triple jump. Also for the Toledo girls, junior Avery Tyler won the javelin and was third in the 200, and junior Tayla Stevenson was second in the 200 and third in the 100.

At Silver Lake, sophomore Zion Fantroy and freshman Chase Adams led the way for the Warriors boy, who were second of 14 teams.