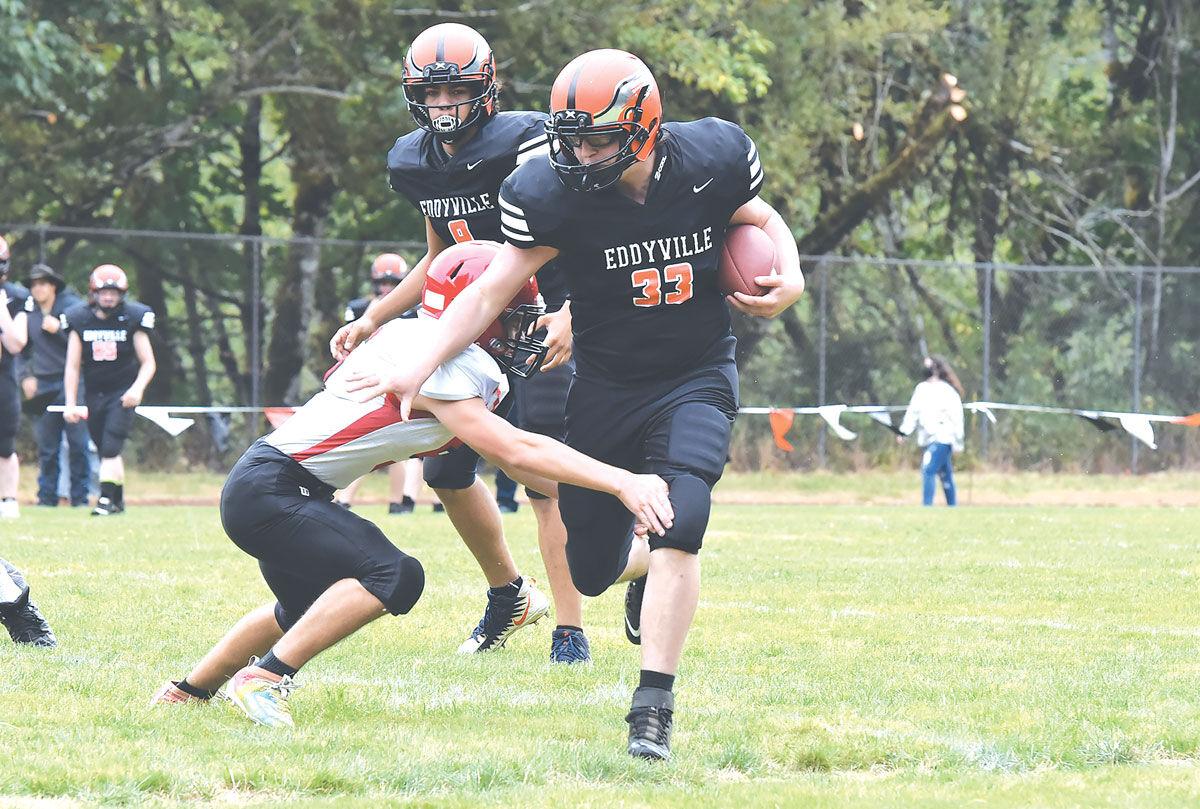 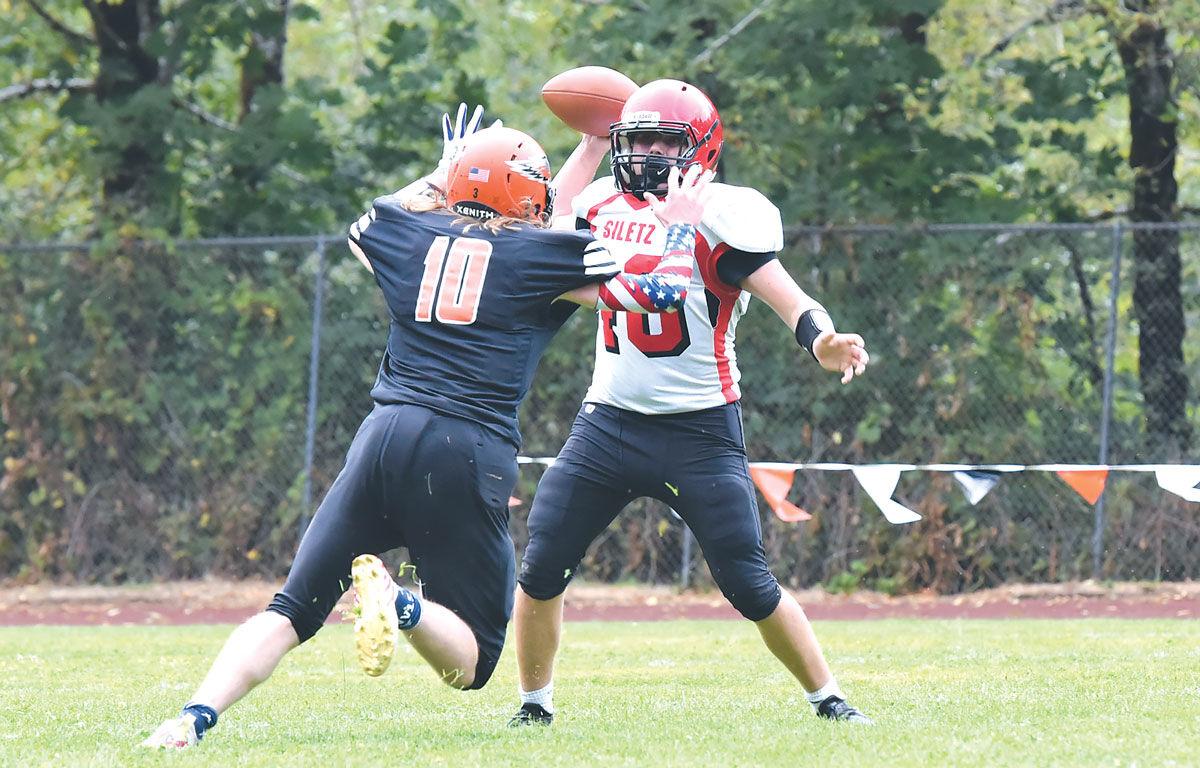 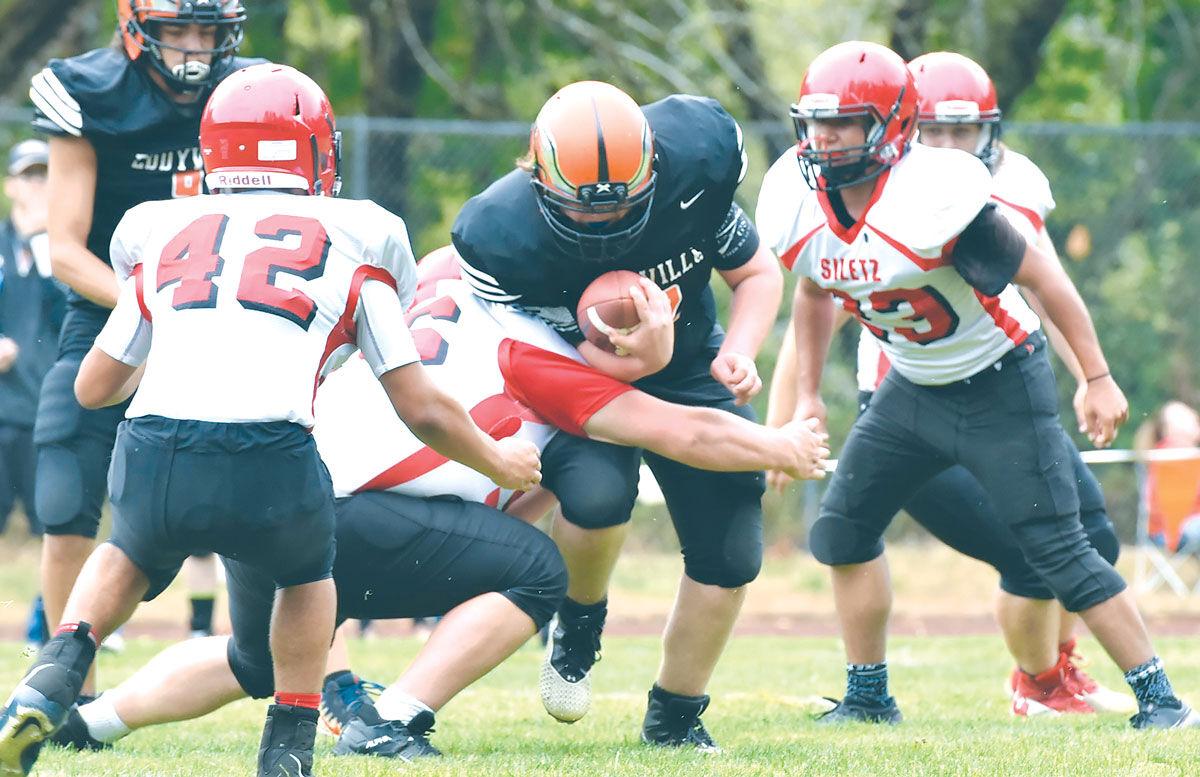 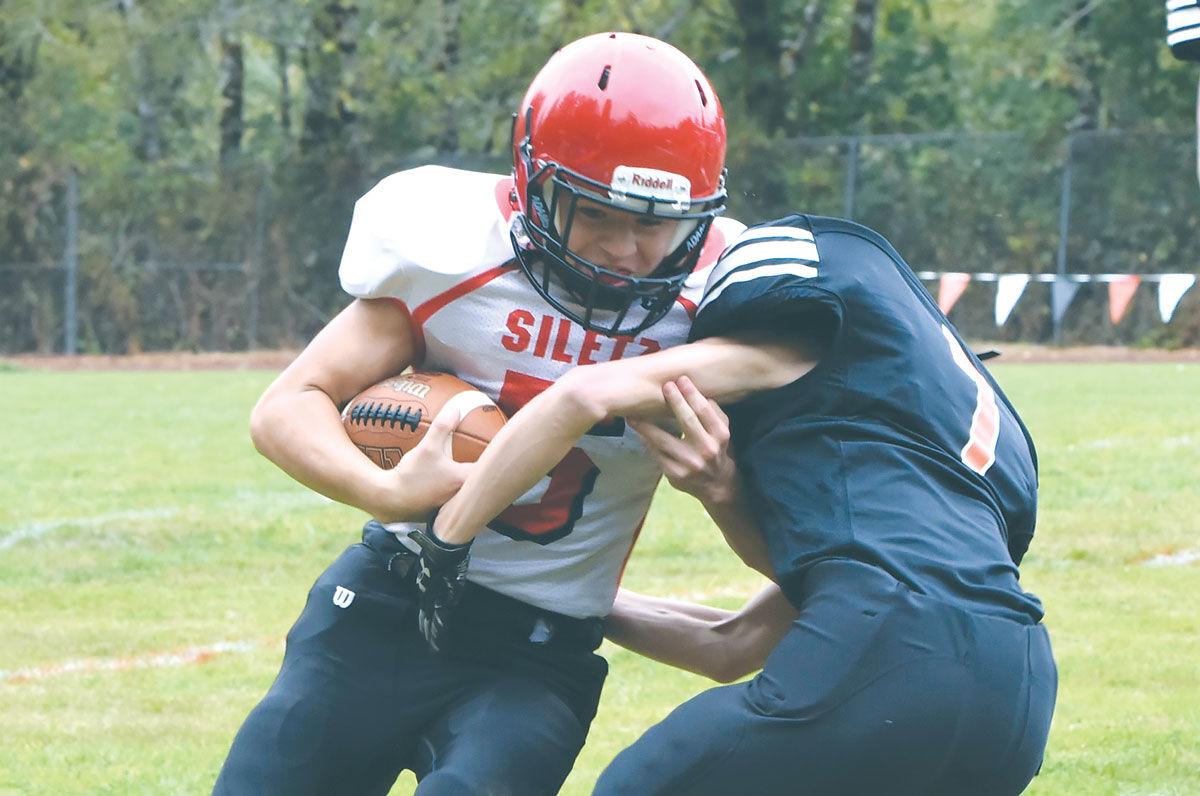 The No. 4 Eagles, the highest-ranked of Lincoln County’s six football programs entering last weekend, needed just two plays and 23 seconds to assert themselves, racing to a 7-0 lead on a 12-yard touchdown run by sophomore Dayton Silvonen after junior Anthony Guenther ran 38 yards on the first play from scrimmage.

After the game, first-year Eddyville head coach Abe Silvonen said the game’s result was a product of his team’s willingness to prepare for battle in the preseason and during practices thus far into the season. With the win last weekend, the Eagles improved to 3-0 in league and overall.

“We’ve focused on practice, we’ve focused on conditioning, and now it’s time for us to take that and execute,” Coach Silvonen said. “These kids are doing the work, I’m just the guy driving the bus, so to speak. Honestly, they’re showing up, they’re putting in the time at practice, they’re listening to the critiques and they’re dedicated and working really hard.”

Eddyville senior quarterback Wayne Nephew Jr. tossed three touchdown passes, including a 26-yard scoring strike to senior Payton Rockmore for the game’s second tally fewer than three minutes into action. Nephew added a 28-yard TD run with 3:47 left in the opening period to put the Eagles ahead 21-0 before the horn sounded to close the first quarter.

After Nephew threw a 38-yard touchdown pass nine seconds into the second quarter, Warriors senior running back Trejan Achen provided Siletz Valley with its only points on the day via a 3-yard dash into the Eddyville end zone with 4:35 left in the half.

But the Eagles countered with a pair of Guenther touchdowns before halftime to take a 40-6 lead into the break. He followed a 50-yard touchdown run with a 17-yard pass from Nephew.

Dayton Silvonen capped the scoring in the third quarter with a 58-yard scoring scamper.

“We’re blessed with a lot of talent, which at 6-man is never easy,” Coach Silvonen said. “To have the talent pool that we have this year, I’m so blessed. “

The Warriors, who fell to 0-3 in league and overall, struggled to find continuity on offense the entire game. They ran just four plays in each of their first three possession on offense as a swarming Eddyville defense kept Siletz on its heels.

“We lost football here for a decade,” Coach Silvonen said of his program, now in its fourth year since returning to interscholastic competition. “So having the opportunity to bring it back here with 6-man … my goal as a head coach and as a board member here is to be part of something that we can be proud of in a decade, in 20 years.”