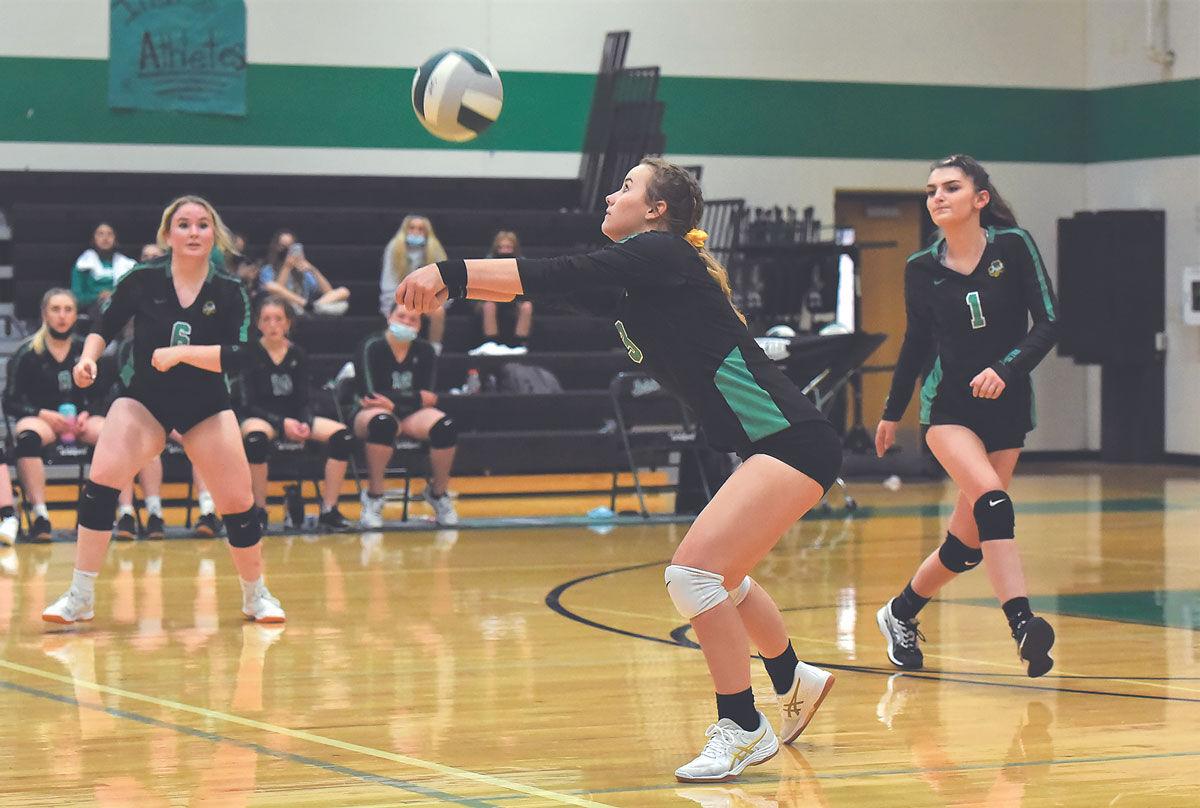 Waldport High School senior libero Mary Albitz, center, keeps her eye on the volleyball Sept. 27 during a match against Myrtle Point in Waldport as Irish teammates Novalee Thomas, left, and Jersey Sutton look on. The Bobcats won the 2A-4 Sunset Conference contest, 25-21, 25-19, 23-25, 25-20. (Photo by Michael Heinbach) 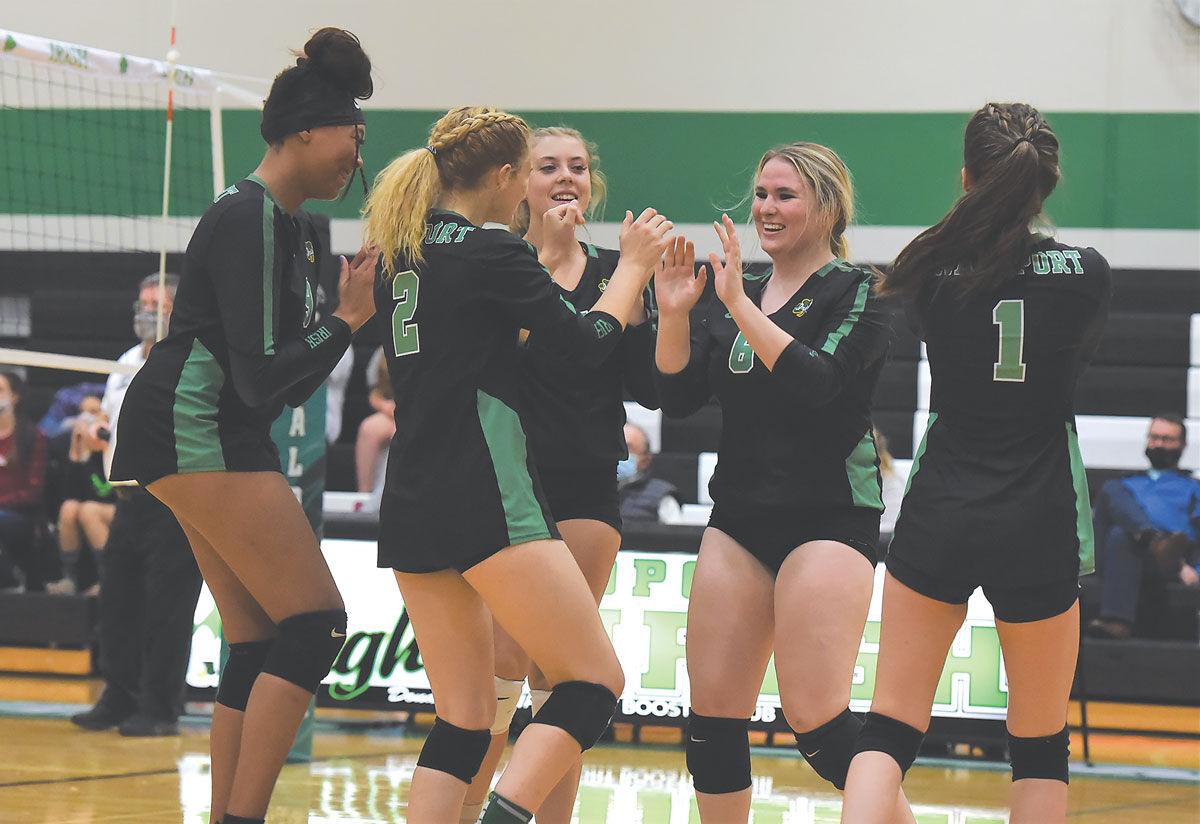 Waldport High School senior libero Mary Albitz, center, keeps her eye on the volleyball Sept. 27 during a match against Myrtle Point in Waldport as Irish teammates Novalee Thomas, left, and Jersey Sutton look on. The Bobcats won the 2A-4 Sunset Conference contest, 25-21, 25-19, 23-25, 25-20. (Photo by Michael Heinbach)

WALDPORT — The Waldport High School volleyball team hit another speed bump Sept. 27 on its home court in the Irish’s search for their initial 2A-4 Sunset Conference victory under first-year head coach Jeff Lee.

The loss sent the Irish to 0-3 in 2A-4 Sunset Conference matches and 2-5 overall headed into their scheduled Thursday home match against Gold Beach. And though Monday evening’s result didn’t put a mark in the league win column, Lee remained encouraged by the progress he saw from his team.

The Irish got the evening started on the right foot in the opening set and sprinted to an 11-5 advantage on an ace by sophomore Airyanna Paden before Myrtle Point found its footing. The Bobcats took control of the first game with a seven-point run behind the serving of Maddi Reynolds to forge a 14-12 advantage, one they wouldn’t relinquish.

An emphatic kill by Waldport sophomore middle blocker Lillyn LeGrand capped a streak of six consecutive points for the Irish to knot the second set at 18-all before Myrtle Point won seven of the following eight points to take a two-game lead.

Trailing 22-18 in the third set, the Irish extended the match to a fourth game with the help of strong serving efforts from seniors Mary Albitz and Novallee Thomas as Waldport surrendered just a single point the rest of the game.

And though the Irish fought their way to an 18-18 tie on the fourth set, Myrtle Point cruised the rest of the way to win the game and take the match. The Bobcats left Waldport with a 3-2 league record and sat at 5-3 before hosting Bandon on Wednesday evening.

Lee said that although it wasn’t evident in the league standings, he continues to see the Irish make progress on a weekly basis.

“When you’re taking over a rebuilding project such as this one, it’s the hardest thing,” he said. “Their skills are coming along just fine, but putting it together in a game, and not worrying about what’s up there on that scoreboard and just plugging away, play-by-play … We talk about that a lot, and just getting better every day.”

Just minutes after Monday’s match, Lee was already looking ahead to Waldport’s scheduled Thursday night home contest against Gold Beach (0-5, 0-7), and the opportunity it presented his squad.

“It’s week by week for us, and they’ve got another chance coming up with Gold Beach coming here on Thursday,” Lee said. “They haven’t won a league match either, but that doesn’t mean we’re going to win just by showing up on Thursday night.”