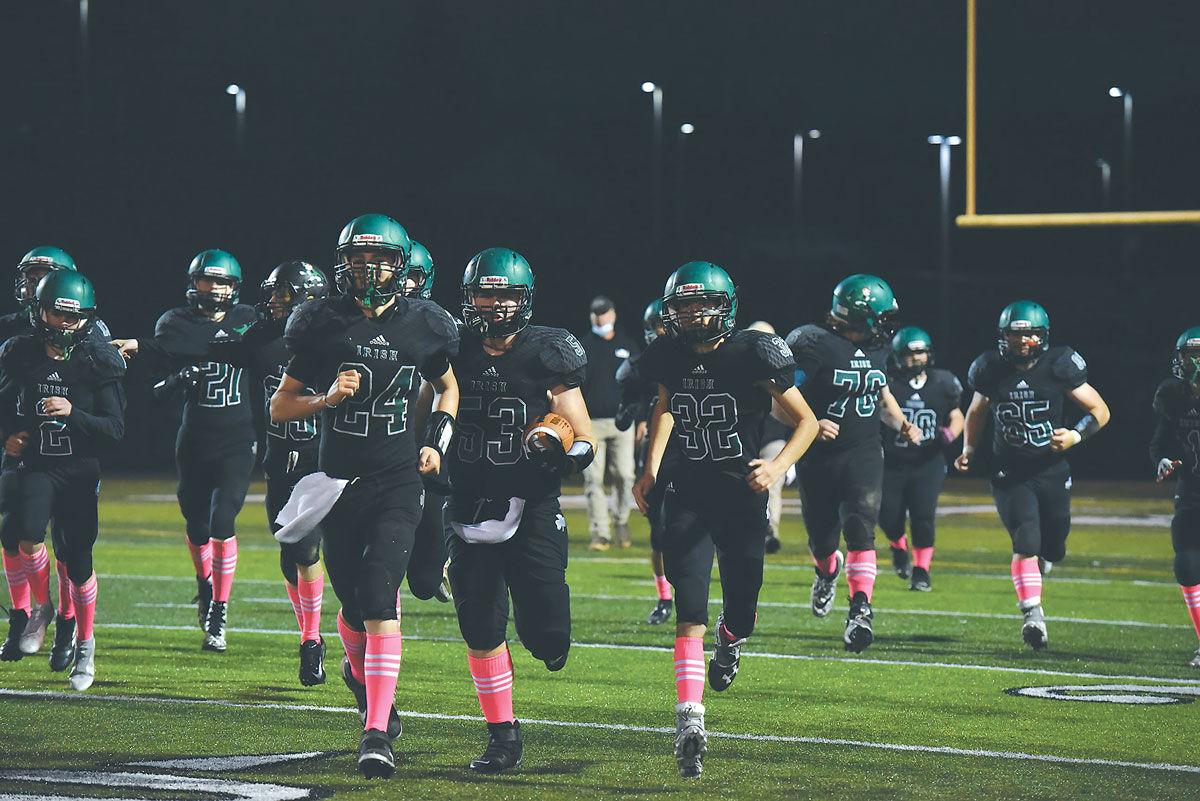 The Waldport High School football team takes the field just prior to the start of the second half of a home game earlier this season against Vernonia. The fifth-seeded Irish (7-1) open the 1A, 8-player playoffs at 7 p.m. tonight at home against 4-4 Elgin. (Photo by Michael Heinbach) 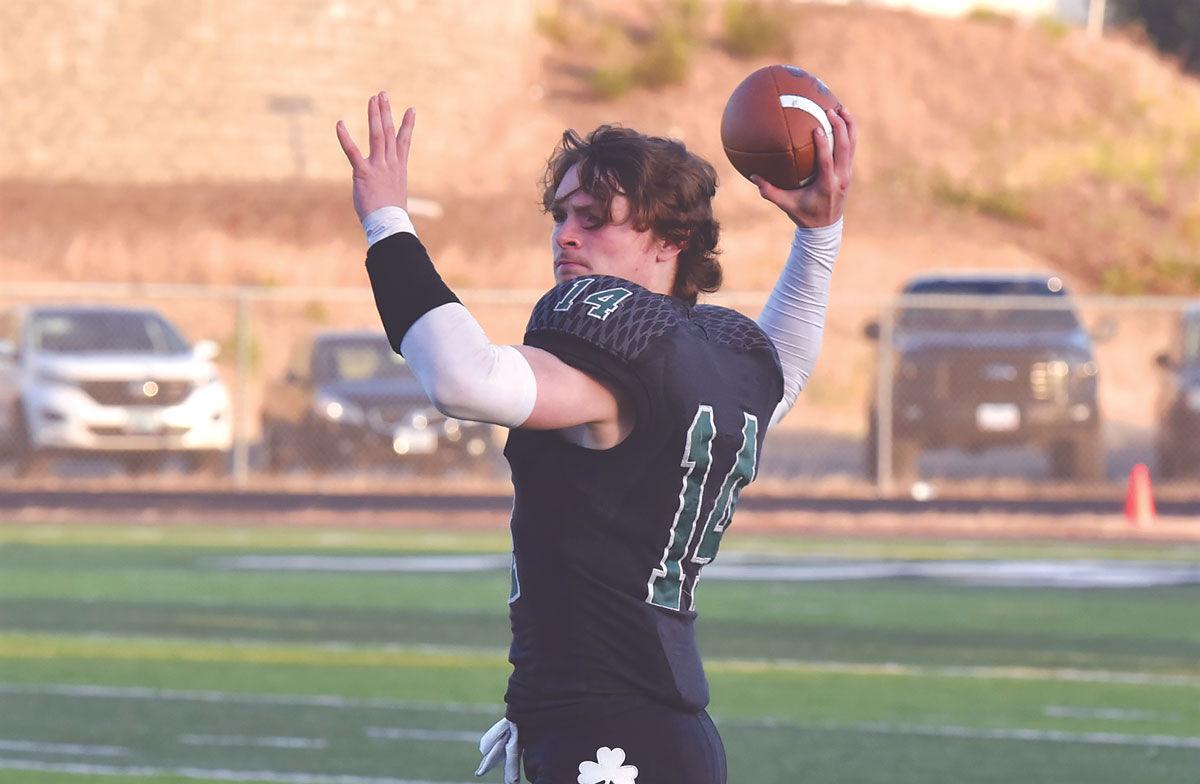 Senior quarterback Zak Holsey leads a potent Waldport Irish offense into the 1A, 8-player playoffs, starting with a 7 p.m. battle tonight at home against Elgin. (Photo by Michael Heinbach)

The Waldport High School football team takes the field just prior to the start of the second half of a home game earlier this season against Vernonia. The fifth-seeded Irish (7-1) open the 1A, 8-player playoffs at 7 p.m. tonight at home against 4-4 Elgin. (Photo by Michael Heinbach)

Senior quarterback Zak Holsey leads a potent Waldport Irish offense into the 1A, 8-player playoffs, starting with a 7 p.m. battle tonight at home against Elgin. (Photo by Michael Heinbach)

For the majority of the program’s most successful season in recent memory, Waldport High School football head coach Jeff Skirvin preached the importance of treating each opponent the Irish face as an equal, regardless of the school’s name printed above the numbers on opposing player jerseys.

“We tell our guys every week it’s a nameless, faceless opponent,” Skirvin said earlier this year.

Waldport fans are hoping that message sank in during the regular season as the 7-1 Irish enter the OSAA 1A, 8-player football state playoffs at 7 p.m. tonight (Friday) with a first-round home game against an Elgin squad that comes to town with a 4-4 record that might be a little deceptive. Waldport received a No. 5 seed in the 16-school playoff bracket, and Elgin is the 12 seed.

All four of the 1A-SD 2 Huskies’ losses were to opponents who reached the state playoffs. They included a 46-14 loss at No. 2 Powder Valley, a 56-12 defeat at home to No. 6 Crane, a 55-26 loss at No. 10 Enterprise, and a forfeit to top-seed Adrian. And it’s safe to say that since that forfeit loss on Oct. 15, the Husky offense has fired on all cylinders.

But the Huskies will have their hands full trying to stop a potent Waldport offense that’s averaged 57.0 points per game. That Irish offense revolves around a trio of seniors in quarterback Zak Holsey, running back Levi Fruechte and receiver Levi Schrock.

Holsey gets the majority of the headlines, with efforts such as the one he put up in an Oct. 15 win at Perrydale, where he ran 12 times for 439 yards and seven touchdowns — finding the end zone the final five times he toted the pigskin. Holsey added a pair of touchdown passes in that game.

The Irish, however, are no one-trick pony. When opposing defenses try to key on Holsey and Waldport’s bread-and-butter play call — a shotgun snap to Holey, who finds an inside running lane and shoots the gap — he can pitch to Fruechte, who ran for 170 yards last week in the season finale at Falls City/Kings Valley Charter.

Holsey is no slouch through the air either, and that’s where Schrock can serve as the Irish’s unheralded weapon. Skirvin said Schrock was the last week’s team MVP in hauling in two TD passes and totaling 129 receiving yards.

The Irish offense is bolstered by a strong offensive line — a group dubbed by Skirvin “The Mules” — anchored by juniors Joey Burton, Jake Turkaly and senior Kaden Simmons.

On defense, the Irish shine behind Fruechte and Holsey in the secondary, and opposing quarterbacks are often forced to scramble from the pocket under pressure from Waldport senior Ryan Pettyjohn.

Friday night’s winner will face the victor of a Saturday afternoon first-round game between 13th seed Camas Valley (2-6) and No. 4 Lost River (8-1) in the state quarterfinals, scheduled for Nov. 11 and 12.