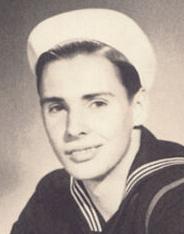 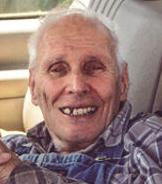 Ralph Vernon Criteser, age 93, a lifelong resident of Toledo, Oregon passed away peacefully at his home November 7, 2021 from age related causes. Ralph was born in Oregon City as the middle child of Ernest and Olive Criteser. He attended Concord Elementary School and Milwaukie High School.

He enlisted in the Navy in 1945, serving as a Fireman First on the U.S.S. Hector in the Pacific and China Sea. Upon leaving the Navy in 1948 he joined his father who had started the Criteser Moorage on the Yaquina River. Ralph and his dad operated the Moorage together for several decades.

Ralph spent his lifetime helping the fishing industry by providing moorage, boat hauling, maintenance and repairs. At one time as many as 75 boats were moored at his docks. He designed and built the Rex, a steel –hulled tugboat that he operated for 50 years. He finally retired in 2019 at the age of 91, culminating with a ceremonial launching of his beloved Rex which he donated to the port of Toledo. The boat has since been refurbished and currently is operated by the Port on the Yaquina River.

Ralph, wearing his trademark bib overalls, will be remembered for his generosity, his hard work and long hours, his ability to repair whatever came his way and his buoyant smile.

He is survived by his sister, Shirley Graham in Gladstone, Oregon and two nieces. Ralph’s older brother, Gordon, died in 1944 while serving in the Navy.

Ralph was laid to rest in Willamette National Cemetery in Portland where his brother and parents are also interred.

And all I ask is a merry yarn

From a laughing fellow rover.

And a quiet sleep and a sweet dream

When my long trip is over.

Fair sailing Ralph---- you will be missed by all who knew you.

Special thanks to Bud Shoemake and the Port of Toledo, Blue Heron In-Home Care, Samaritan Evergreen Hospice in Newport and especially to the neighbors and locals who knew Ralph so well.