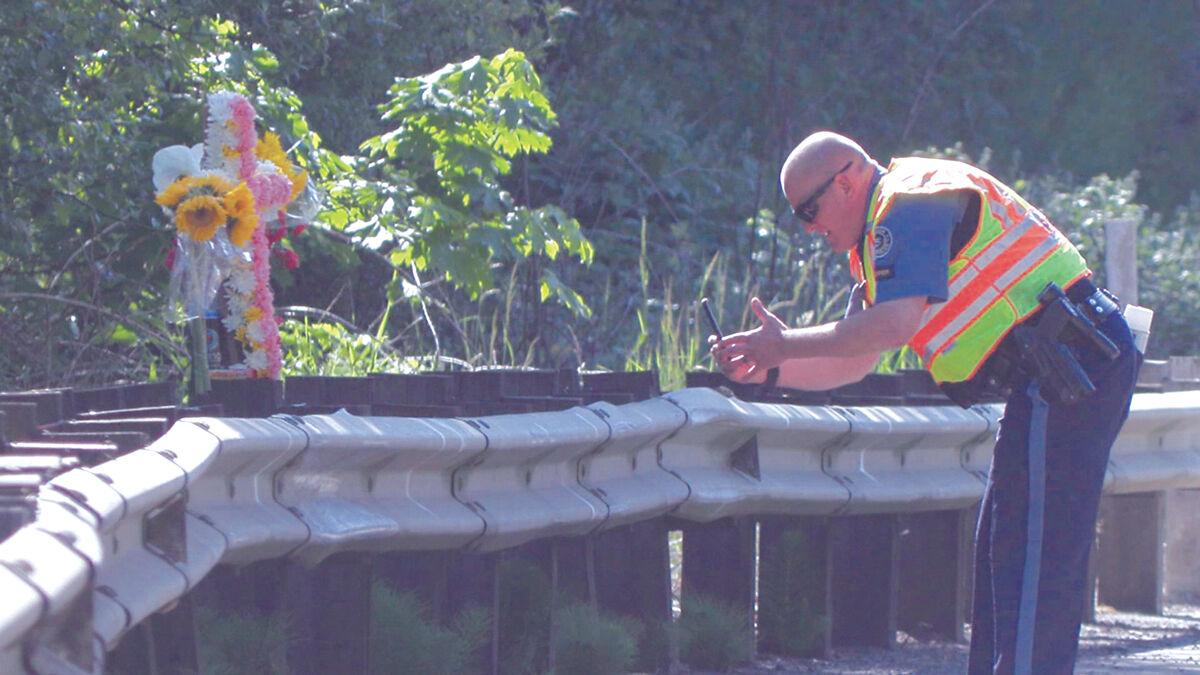 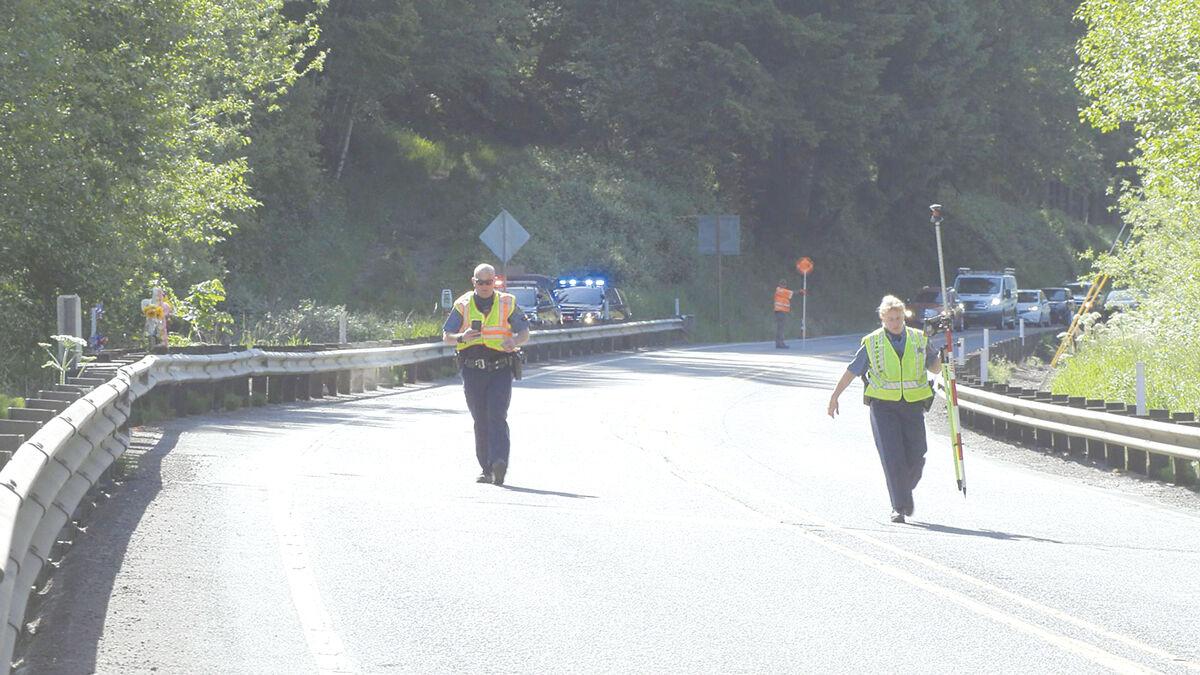 Oregon State Police investigators take measurements Friday, June 4, at the scene of a deadly collision that occurred May 24 on Highway 20 near Fruitvale Road, about two miles east of Newport. According to OSP, at about 9:45 a.m., a Ford F250 truck towing a 16-foot, fully enclosed trailer operated by Devin Shrum, 32, of Lebanon, was eastbound when it lost control, crossed into westbound traffic and collided with a Ford Fiesta operated by Kayla Rhoades, 29, of Toledo. Rhoades was pronounced deceased at the scene. An OSP spokesperson said the investigation is ongoing. (Photos by Casey Felton)