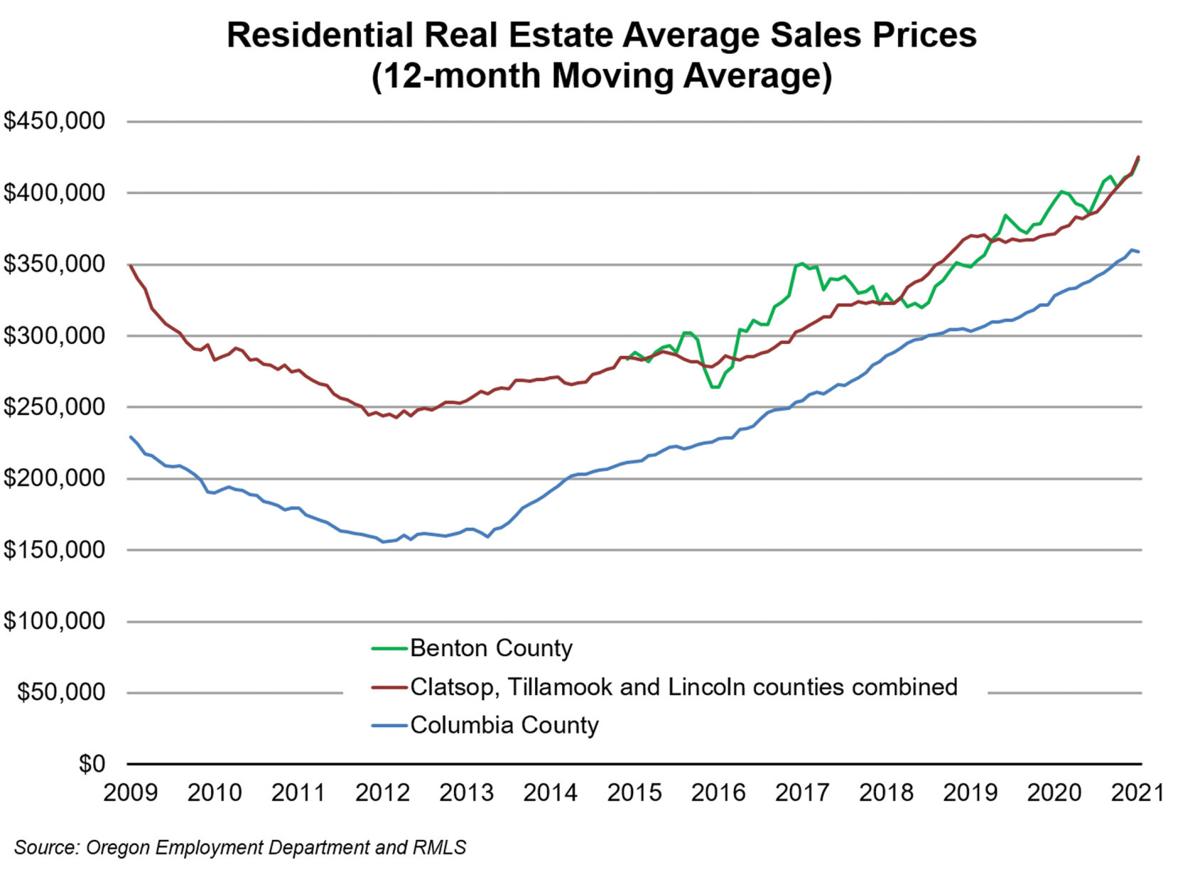 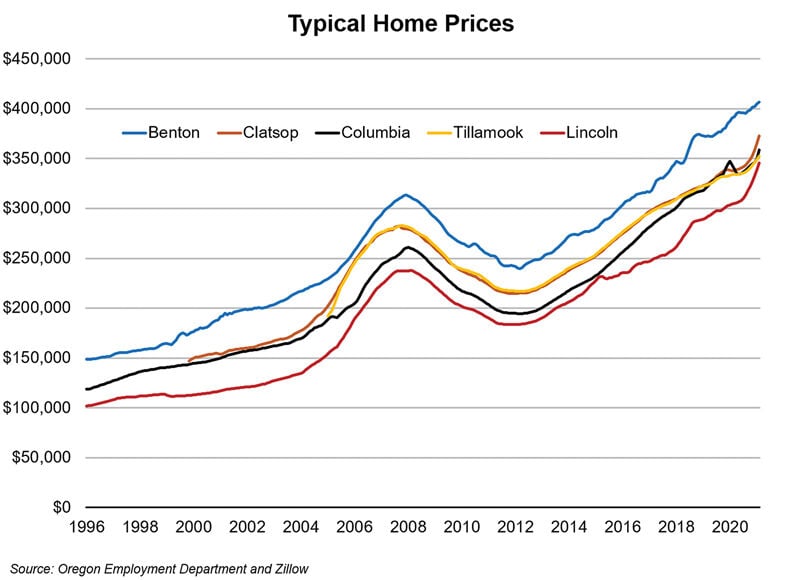 Prices rose by 9.4 percent to $359,292 in Columbia County and by 7.3 percent to $423,508 in Benton County, Knoder found, noting that Benton County reports few home sales to the Regional Multiple Listing Service, from which he obtained the figures.

“The Zillow estimates for the five counties in northwest Oregon show that home values hit new highs in 2020 and that the rate of increase was high in the four smaller counties and a bit lower in Benton County,” Knoder wrote.

The price differences between counties also narrowed, Knoder said. “In early 2005, when data for all five counties were first available, the most expensive county, Benton, had prices that were about 44 percent higher than the lowest-price county, Lincoln. By 2020 that difference had dropped to 27 percent, and it seems to be headed even lower in 2021. Additional opportunities for remote work may be one factor causing that trend.”

The economist noted that many positions in the industry, such as brokers, are not typically covered by unemployment insurance and thus not reported to the Oregon Employment Department. The jobs reported added or lost were likely to be support and office staff for brokers or maintenance and cleaning staff for real estate rental agents.

“The global pandemic hammered many industries and led to massive unemployment, but homeowners are coming away with a big win,” Knoder wrote. “Home prices not only continued to rise in many cities across the nation, but they increased even more than in the previous year. The widely quoted Case-Shiller Index of national home prices available from the St. Louis Federal Reserve showed an 11.2 percent increase over the year to January 2021. That was nearly three times the growth rate of the year before.