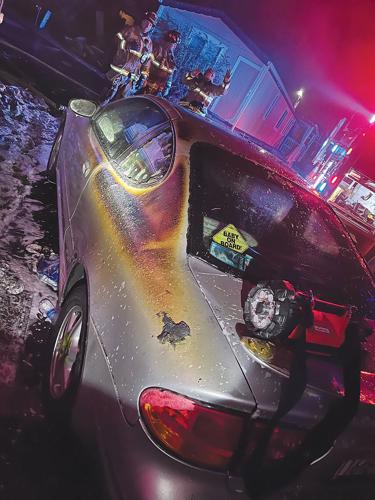 Radiant heat from the burning recreational vehicle damaged a nearby car. 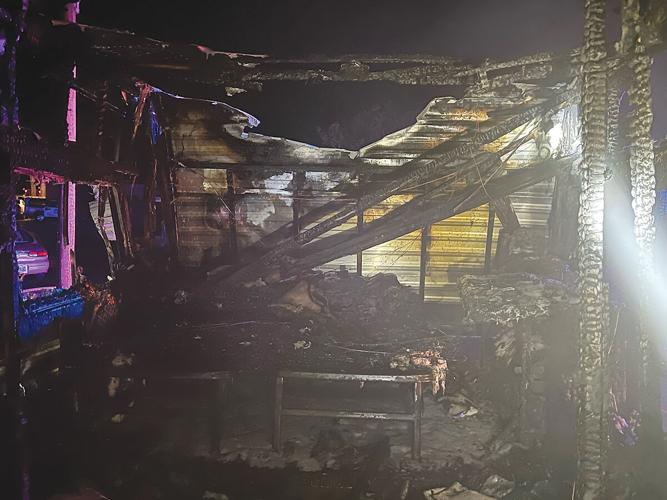 The RV that burned Saturday, along with almost all of its contents, was declared a total loss. The RV was not insured.

Radiant heat from the burning recreational vehicle damaged a nearby car.

The RV that burned Saturday, along with almost all of its contents, was declared a total loss. The RV was not insured.

Two people, including a child, were burned in an RV fire at a park in Lincoln Beach Saturday, which totaled the camper and displaced a family of three.

Depoe Bay Fire District Chief Bryan Daniels said firefighters responded to the Holiday Hills Trailer Court at about 11:30 p.m., May 7 after multiple calls about a fire in a recreational vehicle parked there.

“The trailer was well involved when we arrived and initially the occupants were unaccounted for,” Daniels said. “Firefighters from DBFD made a quick attack and searched the RV. The occupants were eventually accounted for nearby at a relative’s home where they ran to call for help.”

The chief said one occupant of the RV suffered second-degree burns to her hands, and her child received a minor burn to a leg. Pacific West Ambulance transported both for evaluations, with the possibility of admission to the burn unit for the adult victim with second-degree injuries.

Daniels said the fire appeared to be accidental and started next to where the mother and daughter were sleeping. He said the RV, which was not insured, is considered a total loss, along with 95 percent of its contents.

A vehicle parked next to the RV suffered radiant heat damage, the chief said.

Two adults and one child were displaced in the fire.

Daniels said a total of seven firefighters, two emergency medical personnel and one chief officer responded to the scene. Firefighters remained on scene until 1:30 a.m.