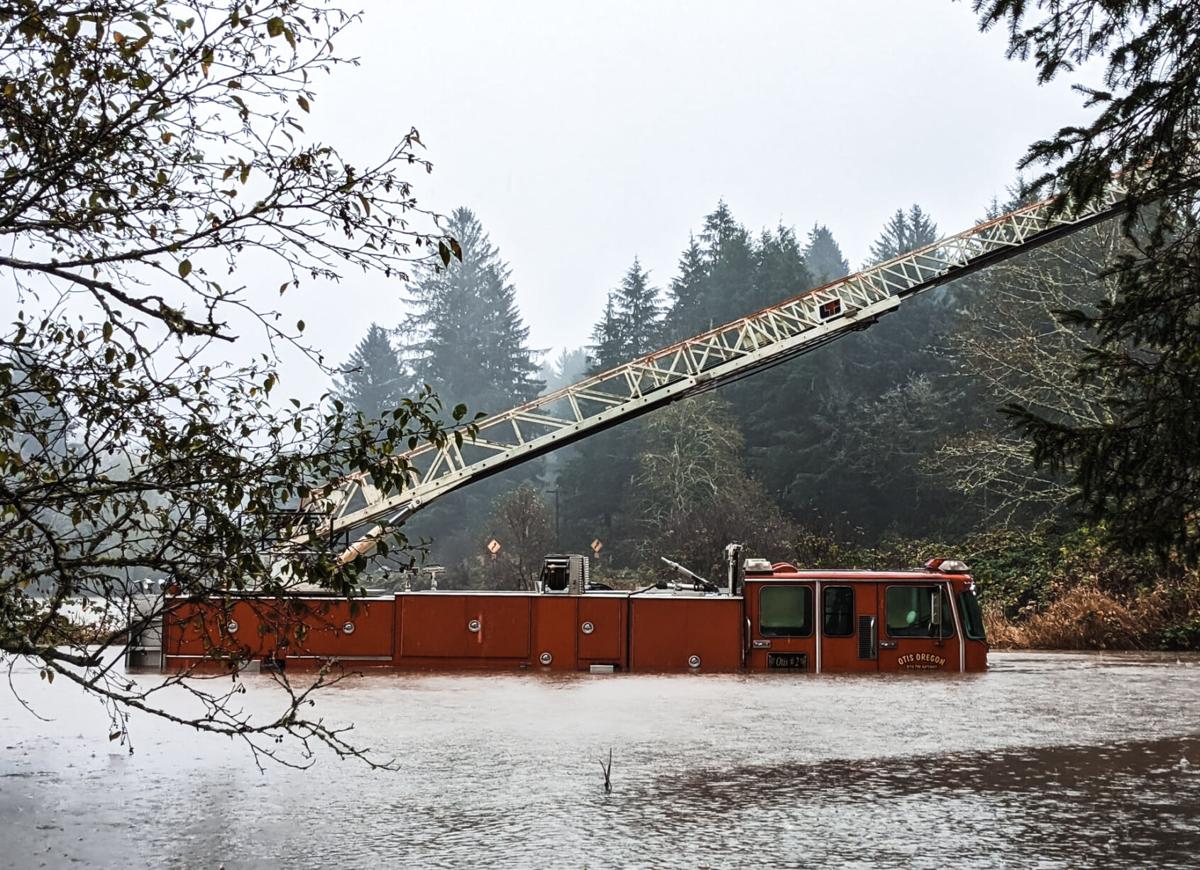 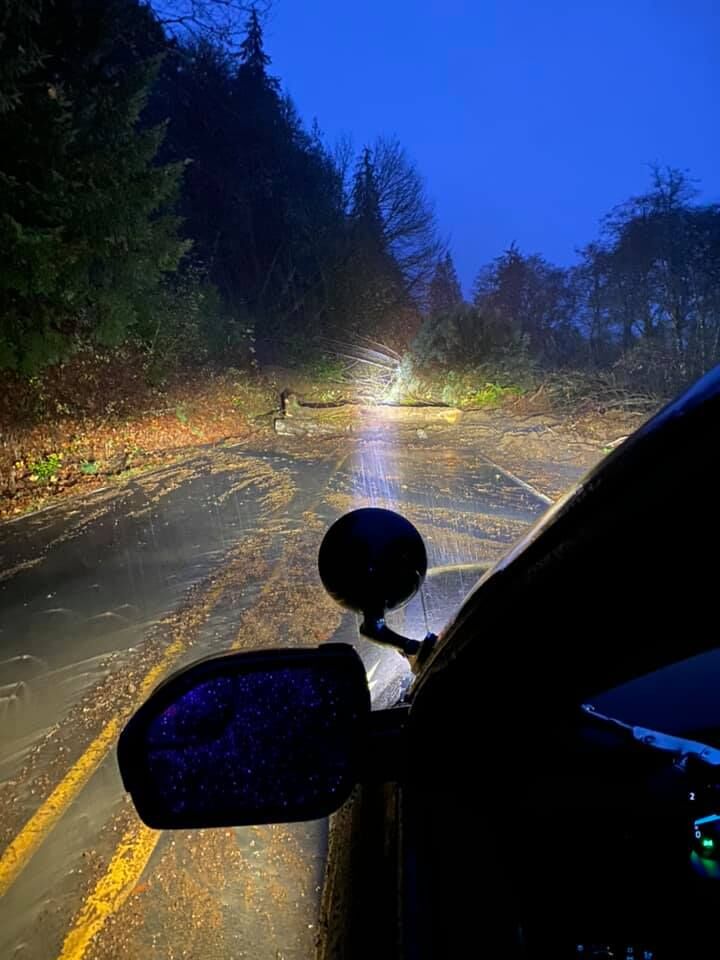 A landslide early Friday morning blocks the Slick Creek Road. Work crews were on site at 9 a.m. and expected the road to be cleared within several ours. (Courtesy photo)

A landslide early Friday morning blocks the Slick Creek Road. Work crews were on site at 9 a.m. and expected the road to be cleared within several ours. (Courtesy photo)

As of 3:20 p.m. two additional Lincoln County roads were closed due to flooding. The East Devils Lake Road and Hill Road junction east of the Lincoln City Outlet mall area and South Drift Creek Road at milepost 1.5 to 1.8 east of Cutler City area will remain closed until water subsides enough for reassessment.

Early Friday morning, a landslide caused by heavy rain blocked Slick Creek Road near Otis, roughly half a mile south of Highway 18, while roads in the area are becoming increasingly flooded as heavy rain continues throughout the day.

As of 9 a.m., a Lincoln County Roads work crew was working to remove the slide and were expected to have the site cleared within several hours. Pacific Power expects a power outage caused by the slide to be resolved by the end of the day.

Heavy rainfall is expected to continue into Friday night. Community members in the north end of the county are advised to monitor any small streams or creeks on or near their property and plan for extra driving time in case there are road delays.

Minor flooding is expected at the Siletz River, with a warning issued for 11 a.m. Friday to Friday evening. Water levels are expected to crest at 16.5 feet Friday afternoon before falling later that evening.

The Lincoln County Sheriff’s Office is asking drivers to drive carefully and reduce speeds in areas with water on the road to prevent hydroplaning and the splashing of other vehicles.

Drivers are also advised not to drive through standing water on roadways as road erosion could be present under the water creating unsafe situations. Misjudging the deepness of water could also lead to a vehicle becoming stuck.

A release from the Oregon Office of Emergency Management advises coastal residents to not only drive with caution, but to be on the lookout for impending landslides.

Landslides can be identified by sudden changes in landscape like leaning trees, ground movement or an ongoing trickle of falling mud or debris. Another indicator is when water in nearby streams or creeks suddenly turns muddy or water flow suddenly decreases or increases. Such events are also accompanied by unusual sounds, such as trees cracking or boulders knocking together, that might indicate moving debris.

You can find the latest updates on emergency alerts in the county on the Lincoln County Emergency Management Facebook page and the National Weather Service website.