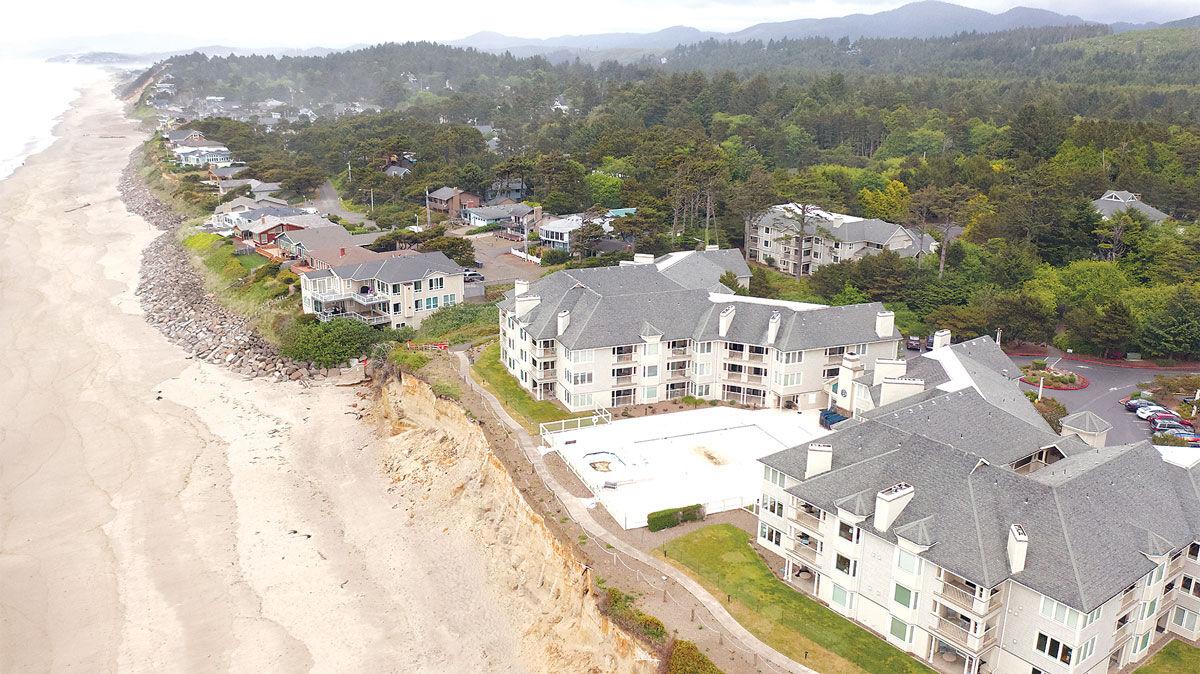 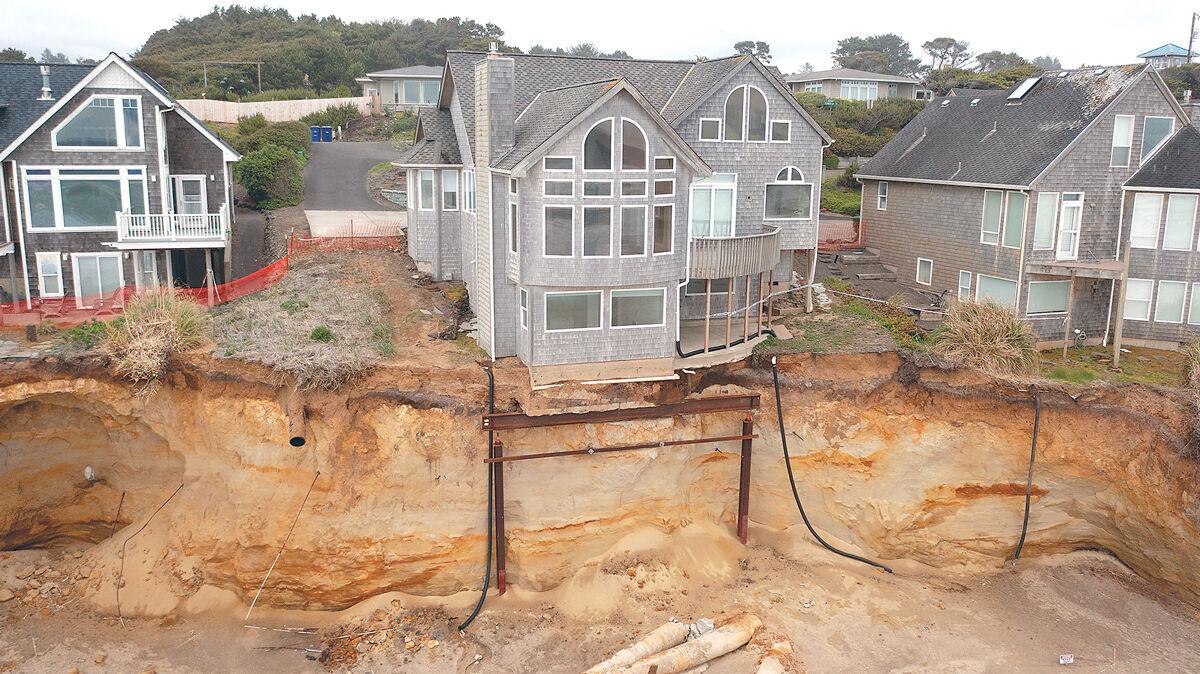 GLENEDEN BEACH —Lincoln County left a historic mark on state law Thursday by granting the first exception to Oregon’s Goal 18 beach and dune protection laws since they were put in place more than 40 years ago.

The process started in March when three applicants submitted a 1,500-page application to the Lincoln County Planning Department and concluded Thursday when the  Lincoln County Board of Commissioners voted to approve all three and amend the county’s comprehensive plan to accommodate them.

A final approval is scheduled for today’s (Sept. 15) regular board of commissioners meeting.

Lincoln County Planning Director Onno Husing said he and members of the Lincoln County Planning Commission consider this to be one of the most expansive projects the department has ever undertaken, noting the process required extensive collaboration with everyone from Oregon State Parks representatives to members of the Surfrider Foundation, a nonprofit devoted to protecting coastlines and the ocean.

“What you have in front of you is a remarkable and expansive record created by all the applicants’ submissions, testimony and your planning commission,” Husing said. “You have an astoundingly complete record with legal arguments, scientific arguments and everything else needed for a goal exception of this nature.”

Husing added that to his knowledge, this is the first time a Goal 18 exception has been made due to extenuating circumstances, instead of just being “grandfathered” in.

Under normal circumstances, Oregon’s Goal 18 dune and beach protection laws prohibit the addition of shoreline armoring for any beachside property developed after a Jan. 1, 1977 cutoff date because such armoring is known to do irreversible damage to the natural development of beaches. Three naked properties in the Gleneden-Lincoln Beach area break up the miles of otherwise armored shoreline in that area because they were developed after that date.

Said properties are owned by the applicants: Searidge Condominiums, Worldmark Gleneden Resort and a collective group of property owners on Lincoln Avenue whose homes were put in danger by the collapse of a sea wall in March.

Due to ongoing erosion of the sandy bluffs the properties sit upon — exacerbated in part by water diverted from the surrounding riprap — each property is in danger of eventually falling off the cliffside onto the beach. The three property owners collaborated to submit their applications to the county, hoping to be granted the necessary exceptions to save their properties.

The Lincoln Avenue properties most recently showcased this eventuality, as the collapse of an adjacent seawall left one of the homes hanging slightly off the side of the cliff, while a cavern began to form in the cliffside underneath one of its neighbors.

After the incident, the property owner was granted a temporary permit from Oregon State Parks and the county to install a stabilization structure on the building for up to a year to help buy time while the county decided whether or not the Goal 18 exceptions could be granted.

While the exceptions have been in the works for the past five years, the proceedings began when the applicants submitted a 1,500-page application to the county as a group in March, after which county staff required time to examine and sort that information.

The Lincoln County Planning Commission met first on June 14 so the planning department could present its findings, consider arguments from the applicants and acknowledge testimony and letters from concerned citizens and organizations. After several more meetings and more than a month of work by county staff, the planning commission met again on Aug. 2 to approve the exceptions and send them to the county commissioners.

Included in the testimony were letters from Surfrider, the Gleneden Sanitary District and the Oregon Department of Land Conservation and Development, which supported the exceptions given the special circumstances of Gleneden Beach. A letter opposing the exceptions was sent by Oregon Shores as one of the few pieces of opposition the county received, but no additional appeal was made.

“What is really quite significant and different from normal was a clear letter of support from the Department of Land Conservation and Development,” Husing said. “The letter also kindly points out and thanks the commission and staff for all the work that was done on this.

“When they monitored these proceedings, they found this process hit all the right chords, and they felt very good about the findings produced by the planning commission,” Husing continued.

While the applicants presented many arguments as to why the exceptions should be granted during the process, most were deemed to have little or no merit when it came to opposing Oregon’s Goal 18 laws. The sole reason the exceptions were approved was because Goal 18 was ultimately considered “unachievable” at the Lincoln-Gleneden Beach shoreline after the planning department presented its staff reported on the subject.

According to the report, because of existing shore armoring and a depleted littoral cell caused by a sand mining project in the 1980s that removed a large amount of sand from the area, that stretch of beach is expected to continue to shrink until it disappears completely, or at most is only observable at very low tide. The report states that the existing riprap has “arrested” the sandy bluffs in the area, which would have fed additional sand onto the beach as they eroded naturally.

The staff report included expert testimony from several Oregon coast geologists and engineers regarding Gleneden Beach, most of which claimed the beach had reached a point of no return and even the removal of existing riprap and properties wouldn’t save it.

“We’ve had the opportunity to have some of the best minds and most knowledgeable people when it comes to the science of these issues and the ecology of Gleneden Beach involved in this process,” Husing said. “We may not know with precision what will happen at Gleneden Beach, but we know with amazing clarity it will happen.

“The scientific community that we referred to earlier is in complete agreement that no matter what, if you riprap those last few properties or not, it will not have any impact on that beach,” Husing continued. “I’m not sure if there’s any other beach in Oregon that you could say that.”

In order to avoid setting a precedent for the entire Oregon coast, the Lincoln County Planning Department worked meticulously to ensure the reason for granting the exceptions was clearly defined and very narrowly drawn in its documents. The Lincoln Beach/Gleneden Beach area was defined as a very special case, which Husing believes sets the bar extremely high for anyone looking to use it to challenge the state’s beach protection laws. Husing said he also expects the state legislature may revisit said laws in the near future

You can review all the testimony and proceedings for the Goal 18 exception process at https://www.co.lincoln.or.us/pc/page/goal-18-exception-public-hearing.

The latest meeting can be watched on the county’s official YouTube channel at https://tinyurl.com/jbun5w82

According to Searidge Condominiums Homeowners Association President Bruce Dummer, the residents were relieved to hear the exceptions had been granted, but plans to install shore armoring like riprap will still be far off.

“It’s a tremendous relief to know we now have the right to protect our facility, and more, to be on equal footing to all the other property owners in the area,” Dummer said.

Searidge’s situation was notably less dire than Worldmark and the Lincoln Avenue property owners, but still demanded attention because a Gleneden Sanitary District pump station was expected to be put into danger soon if erosion continued. According to Dave Philips, one of the attorneys representing the applicants, that station is “one major storm away” from releasing effluent onto the beach.

Drummer noted it was far too late into construction season to plan anything this year, and it would take a significant amount of time to have the necessary engineering work done that would be required for construction.

Worldmark and the Lincoln Avenue property owners did not respond to requests for comment as of the News-Times Tuesday deadline.