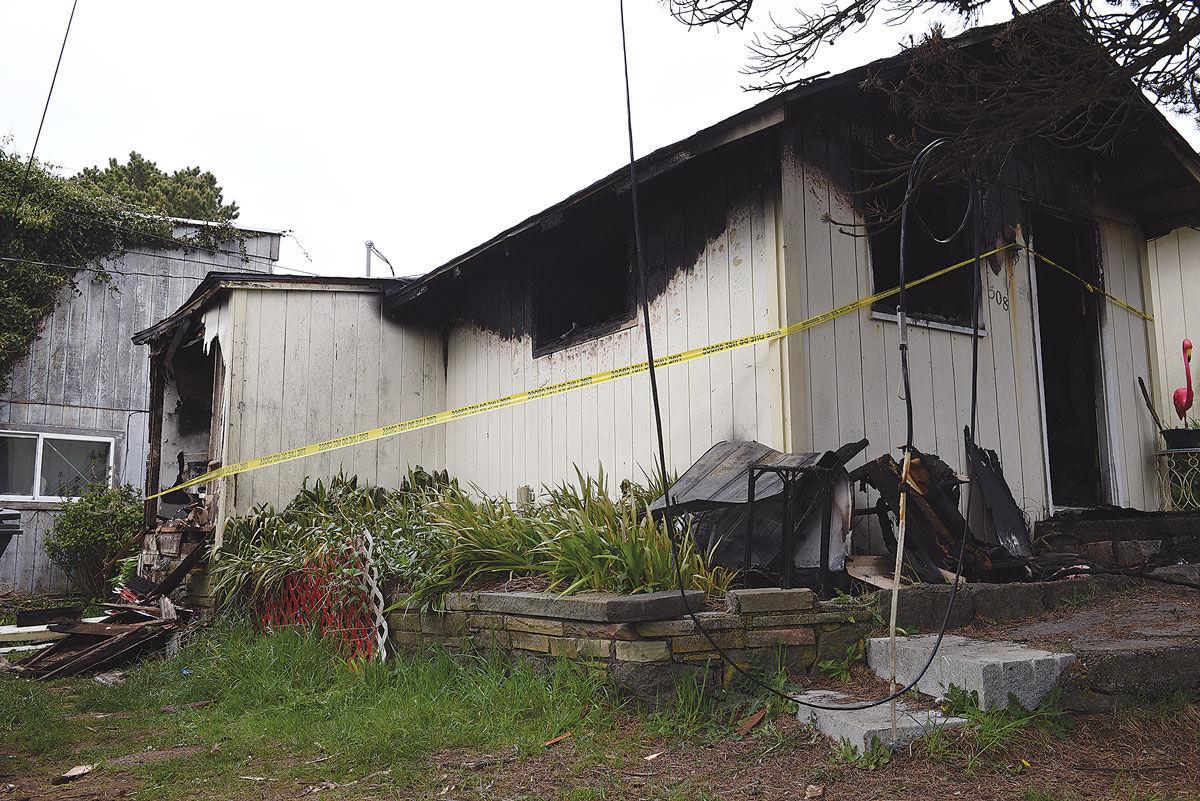 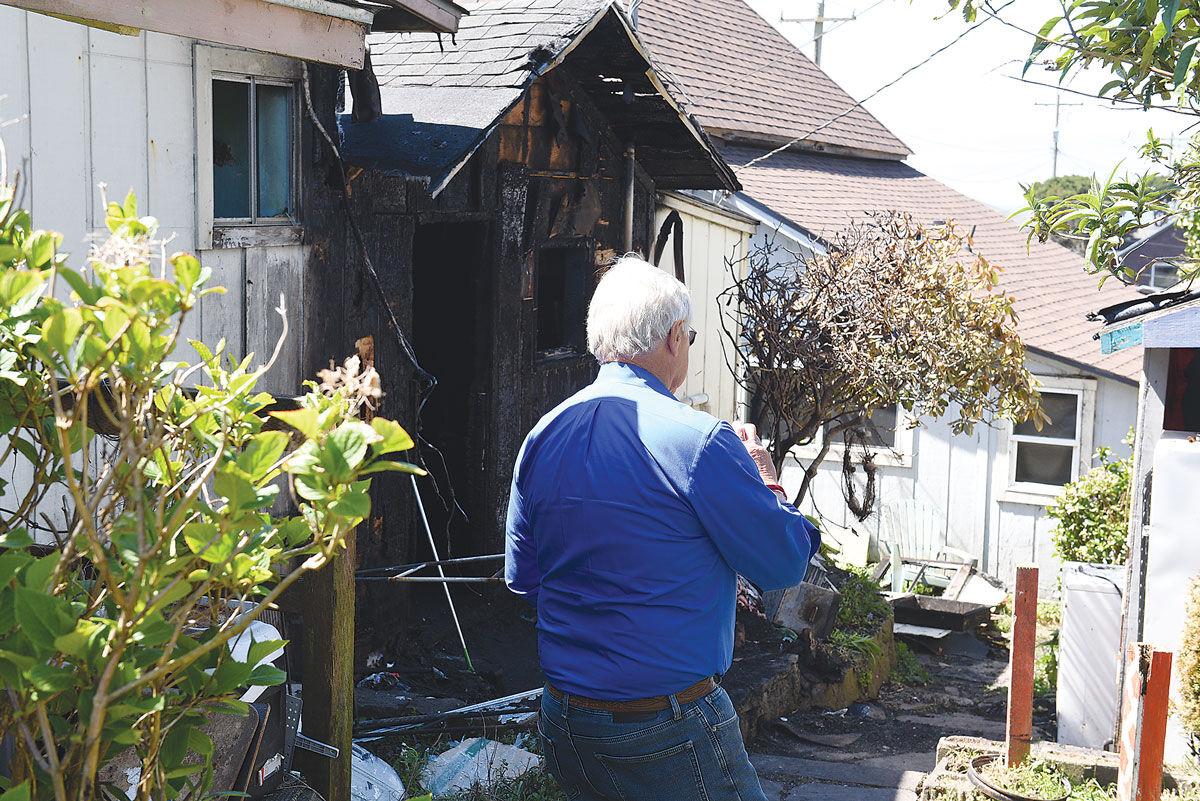 A fire investigator from a private firm, hired to assist with the investigation of a blaze on West Olive Street in Newport Sunday morning, visits the fire scene on Tuesday.

The western half of a duplex (pictured above) on West Olive Street burned Sunday morning, leaving the adjoining half uninhabitable. (Photos by Kenneth Lipp)

A fire investigator from a private firm, hired to assist with the investigation of a blaze on West Olive Street in Newport Sunday morning, visits the fire scene on Tuesday.

NEWPORT — A Sunday morning blaze in a home at the corner of Hurbert and Olive streets left one half of a duplex destroyed and the other half uninhabitable.

Newport Fire Chief Rob Murphy said firefighters were called to the scene at about 10:30 a.m. to find a duplex at 508 W Olive St. with its west half fully involved, and fire starting to impinge on a home to the north on the same lot.

Neighbors alerted residents of the east side of the duplex and adjacent homes. Murphy said there were mixed reports at the scene that a person remained in the burning structure, but the police department was able to confirm that all occupants had escaped. A family displaced from the east half of the duplex was arranged lodging by the Red Cross.

According to court records, 29-year-old Kimberly Lauren Chancellor lives in the residence that burned at 508 W Olive St. and was arrested Sunday on a March 22 bench warrant for failure to appear. She remained in jail Tuesday and has not been charged in connection with the fire.

Will Rodriguez, whose residence north of the burned home sustained minor damage and is without power, said he saw smoke coming from the back of his southerly neighbor’s home and entered to warn her. He said he saw her near a pile of burning material, and she escaped through a window.

Rodriguez said he evacuated occupants of his own home and removed some essential belongings. He has returned to stay in the house as he awaits restoration of electricity.

Murphy said the cause of the blaze in under investigation by the Newport Fire Department, the Oregon State Fire Marshal’s office, Lincoln County Sheriff’s Office and Newport Police Department.