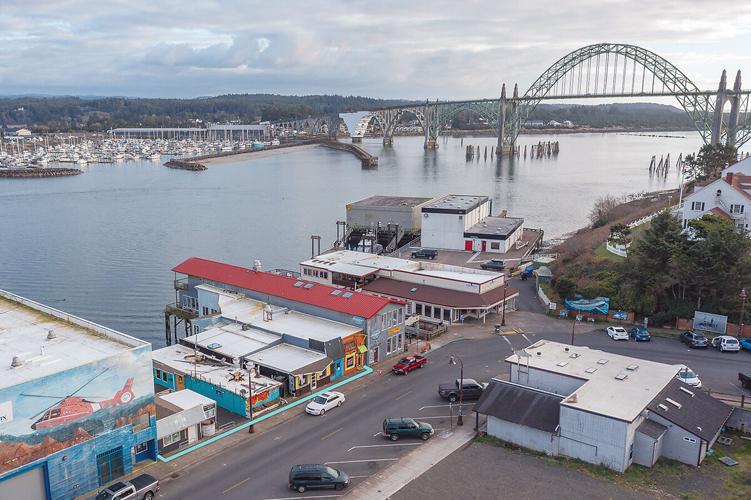 In the blue rectangle are the three lots up for sale after the buildings were ordered closed by the city due to their dangerous condition. (Photo via Loopnet) 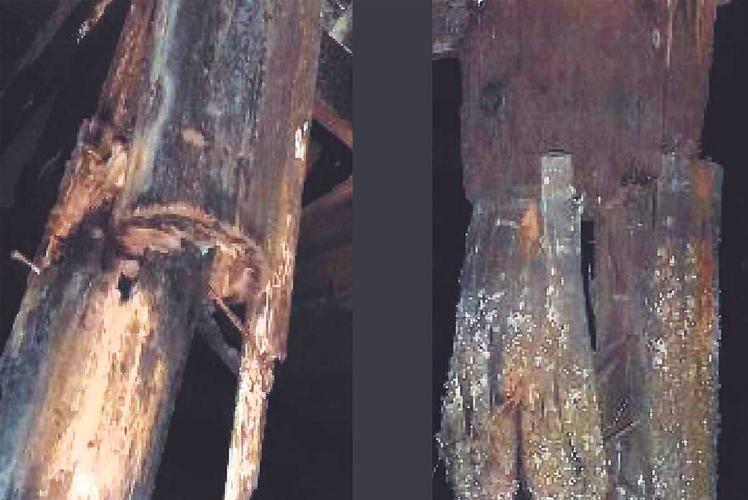 Images in Newport’s building official’s presentation to city council show broken pilings and a gap between floor and wall due to the gradual collapse of the building above. 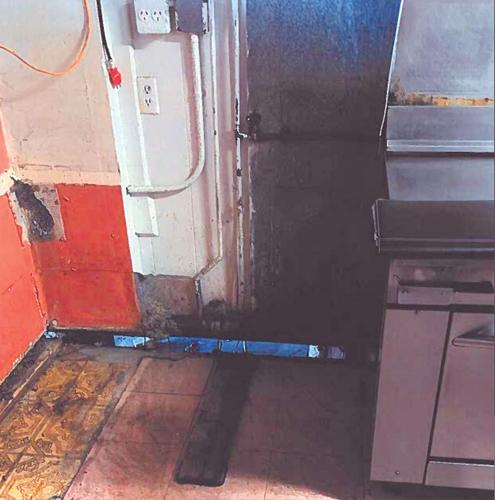 The former location of Seadogs Restaurant and Lounge and adjacent businesses are vacant due to building collapse resulting from damaged wharf pilings. (Photo by Kenneth Lipp)

In the blue rectangle are the three lots up for sale after the buildings were ordered closed by the city due to their dangerous condition. (Photo via Loopnet)

Images in Newport’s building official’s presentation to city council show broken pilings and a gap between floor and wall due to the gradual collapse of the building above.

During a presentation on building code enforcement to Newport City Council for its May 2 work session, Joseph Lease, building official in Newport’s Community Development Department, discussed two buildings on prime real estate on the south side of Bay Boulevard, one that is fenced off with corrective action pending and one that was substantially remodeled by an owner.

The building official said Newport adopted the Uniform Code for the Abatement of Dangerous Buildings as part of its municipal code, which building inspectors use in making determination about the latter category of violation, and that though some dangerous buildings might be obvious from the outside, the definition was situational and depended on the building’s use and location relative to other structures and spaces.

In a recent case on Rhododendron Street, a road fracture that is visible as a steep ledge in Northwest 60th Street also ran through the middle of a home half a block away, causing it to literally split at the center. The house has since been demolished, Lease said.

A Bayfront building, 769 SW Bay Blvd., had severe structural deterioration — including damage to wharf beams and walls separating from the structure. Three quarters of the building was demolished by one owner, and another owner rehabilitated the first floor.

Just west, the building that formerly housed Sea Dogs Restaurant and Lounge has been vacant since last year, when the operator was forced to move to a location in Lincoln City due to structural deterioration, and tenants of two adjacent addresses, 837 and 838 SW Bay Blvd., have also had to vacate.

Lease said the city issued a notice of violation in January of this year.

“Back in January or December, we had some King Tides that damaged a severely deteriorated wharf underneath, and the building started collapsing,” Lease said. Photos in his presentation show light shining through 4 to 5-inch gaps between the floor and wall, as well as broken pilings underneath. It’s been completely vacated and fenced to prevent public access.

According to county property records, the owner of the three tax lots is Newport Real Estate, an LLC incorporated in Colorado Springs, Colo.

Lease said he understood that the owners initially intended to rehabilitate the building but opted to put it up for sale. The three lots are listed by Ocean Equity Real Estate at $1.2 million, and the listing notes that the seller plans to demolish the structures. The demolition would be a big facelift for the west Bayfront, creating a gap between the Roger Yost Gallery — which is not experiencing the same deterioration to pilings, its curator reported — and Bornstein Seafood.