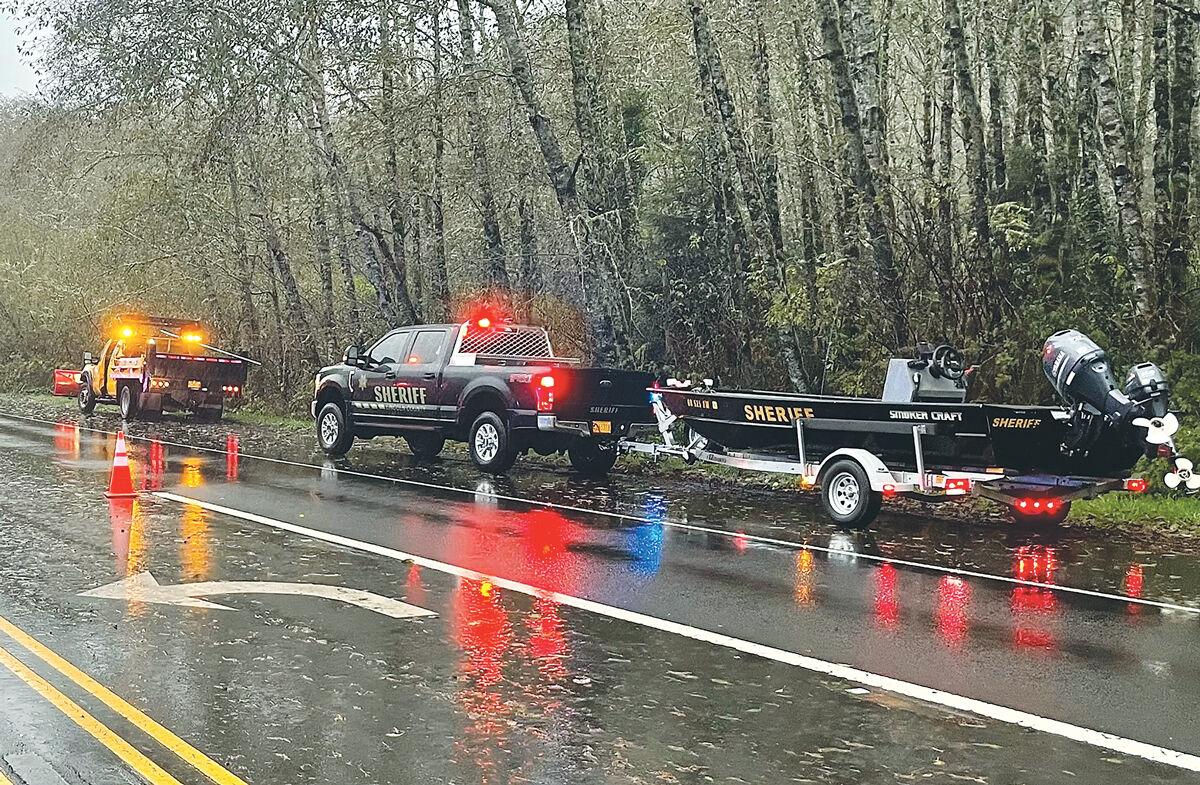 Lincoln County wasn’t the only coastal county hit hard by the recent rainstorm as the Neskowin area in Tillamook County saw its own fair share of flooding and an emergency situation, with the Neskowin Creek RV Resort needing evacuation when water levels quickly rose Friday.

Members of the Lincoln County Sheriff’s Office, North Lincoln Fire & Rescue and U.S. Coast Guard Station Depoe Bay traveled north to lend a hand to their neighbors by assisting in an evacuation effort at the RV park. LCSO and NLFR brought water rescue vehicles, though they weren’t able to be deployed. The Depoe Bay Coast Guard station staff spent most of their time clearing landing zones for Coast Guard helicopters.

According to a Friday release by the Tillamook County Sheriff’s Office, the RV park began to flood Friday morning, and it soon became clear to residents that there were no safe routes to evacuate.

The incident was called in when Nestucca Fire Chief Jim Oeder was returning from a flooding assist call nearby and noticed the driveway of the RV park was flooded. Seeing that many residents were in the process of evacuating and with water still quickly rising, he called for immediate aid from all available nearby emergency agencies.

Two U.S. Coast Guard helicopters — a Dolphin out of Newport and a Jayhawk out of Astoria — were called in to airlift 12 people to safety after making four landings at the park. Many of the other residents chose to stay before the landing zone at the RV park became too flooded to use, according to the release.

Emergency responders were able to locate and use a dirt road leading into the park for evacuation to rescue RV park residents and other emergency personnel who had gotten trapped by water while assisting people, but only a small amount of residents could be evacuated that way.

Another eight people and three dogs were evacuated by rescuers on the ground. TCSO reported there were no major injuries reported due to the incident, and local school buses were used to transport the evacuees to a nearby elementary school for temporary housing.

“In other parts of Tillamook County, there were travel trailers seen floating down the Trask River, and numerous roadways were closed,” Brown said in the release.

Brown also thanked all the nearby agencies for lending assistance on such short notice, especially while contending with flooding in their own areas.

“It doesn’t even surprise me anymore,” Brown said in the release. “When people in Tillamook County are in need of assistance in events like this, everyone comes together. This type of incident shows how well we all work together and how we come together to give the best response possible for those needing it.”