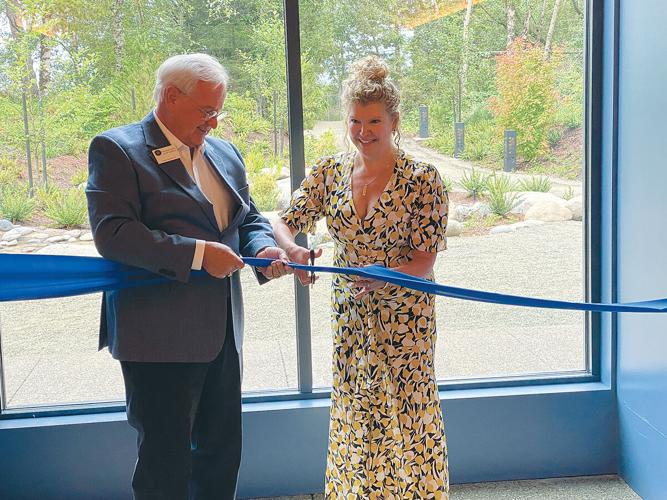 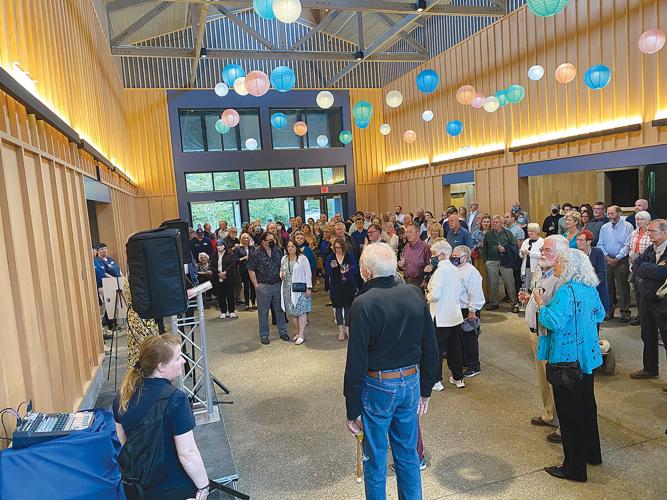 Oregon Coast Aquarium President/CEO Carrie Lewis and State Rep. David Gomberg join in a ribbon-cutting ceremony Saturday, July 30, celebrating the completion of phase one of the aquarium’s Capital Campaign. Many donors and supporters who helped make the improvements possible were in attendance. The updates to the facility include an entry remodel, a new nature play area, a headwaters feature and an outdoor amphitheater. The aquarium will now focus on phase two projects, which include the addition of a larger and more accessible touch pool and enhancement of educational programming. (Photos by Susan Schuytema)