Starting at
$12.00 for 30 days
Get Started
View all rates
You are the owner of this article.
Edit Article Add New Article
You have permission to edit this article.
Edit
Welcome, Guest
Home
News
Community
Sports
A & E
Business
Food & Beverage
Obituaries
Opinion
Classifieds
Video
Quick Links
Share This
1 of 2 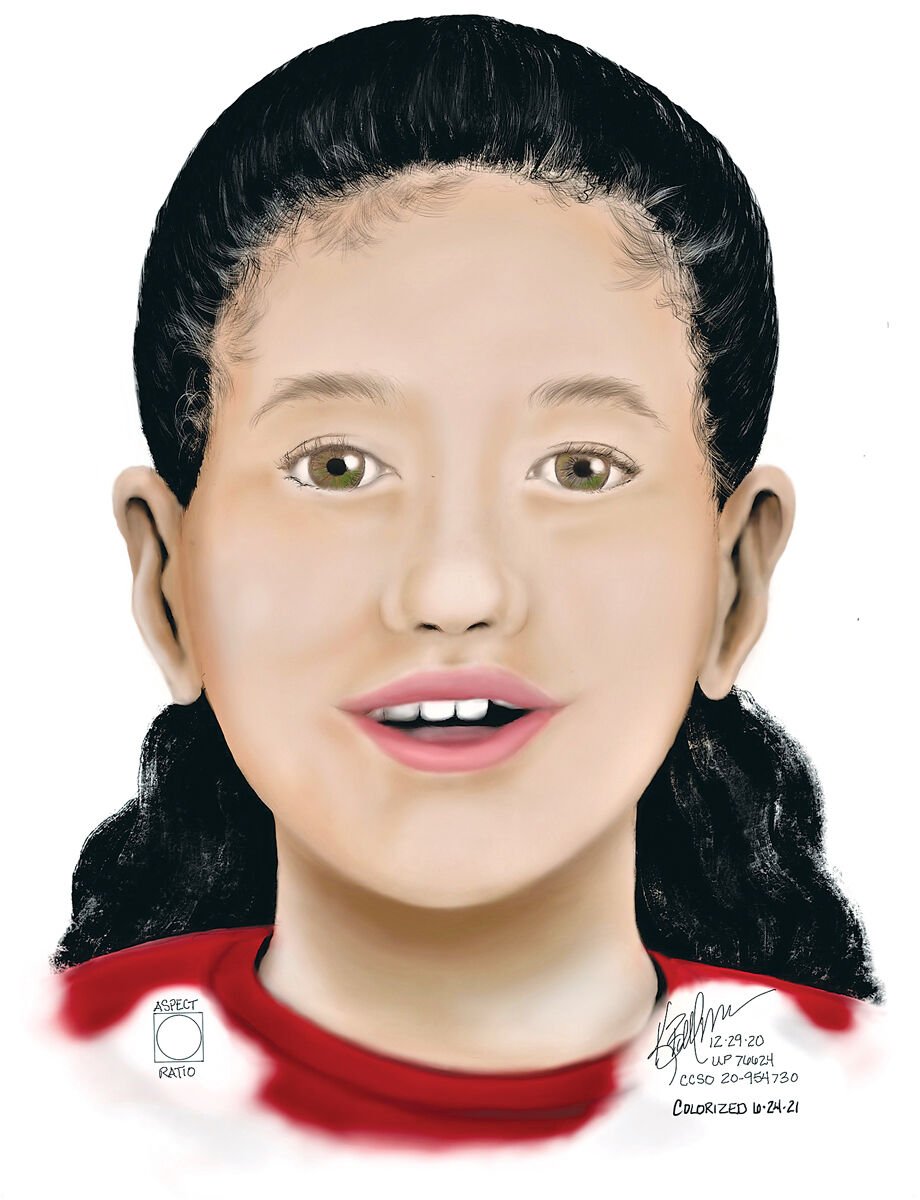 A police sketch provided by Oregon State Police shows an interpretation of what Haley Mae Coblentz likely looked at nine years of age.

The body of a young girl found in a remote area of north Lincoln County almost a year ago has been identified, and two women have been charged with her murder.

According to a Wednesday press release from the Oregon State Police, Haley’s mother, Shawna Browning, 29, and Browning’s girlfriend, Lauren Harrison, 34, were arrested at a hotel in Detroit, Mich., on Monday after they were tracked there by OSP investigators with the assistance of the Detroit office of the Federal Bureau of Investigation.

Browning and Harrison were arrested on Lincoln County warrants for aggravated murder and are currently being held without bail at the Andrew C. Baird Detention Facility in Wayne County, Mich., pending extradition to Oregon to face charges.

Crystal Coblentz, who identified themself as Haley’s father, was contacted by the News-Times and conveyed the circumstances of her disappearance over six years ago. Crystal claimed they had not been contacted by investigators and had only heard vague details about Haley’s discovery from friends and family Tuesday morning until being contacted by News-Times staff Wednesday evening.

In 2010, Crystal moved to Colorado with their father, who later passed away in 2014. During that time, Crystal was in a relationship with Browning, who became pregnant and gave birth to Haley. Crystal signed the birth certificate as Haley's father and from birth to age five raised Haley. Browning went on to have another child with another man.

Crystal said that in 2012, they got into a dispute with the other child’s father and Crystal ended up in jail for some time. Crystal said that while incarcerated, their then girlfriend, Harrison, and Browning became involved and stole Crystal’s truck, as well as most of their possessions. The two took Haley and her younger brother and disappeared.

Crystal said that neither they nor any of their friends and family were able to locate Browning, Harrison or the children for several years, and the only news they received for a long time was that the truck had showed up abandoned in an Oregon parking lot.

At one point, Haley’s sibling’s father was able to locate the group and managed to regain custody of Haley’s brother, but Crystal said they would not help find Haley.

“I didn’t have any means of getting to Oregon or any way of finding out anything,” Crystal said. “Me and my aunt just celebrated Haley’s birthday on Oct. 21 because she was supposed to have turned 10 …”

“I had no idea,” Crystal continued. “I thought that one day she would get older and she’s going to find out and look up who her father is. I thought that she would remember me because I took care of her until she was five years old. She was my kid too, and I had been trying to find her ever since. Then I woke up to all of this. I don’t know what to think now. I never thought it would be like this. I didn’t even know people had found her and were trying to figure out who she is. I’m so lost right now.”

Haley’s body was first discovered on Dec. 10, 2020, concealed inside a duffle bag hidden in a heavily wooded area at the Van Duzer Scenic Corridor, east of Rose Lodge. It’s estimated that she had been there for 30 to 60 days at the time of discovery.

The body’s advanced decomposition made it difficult for investigators to provide the public with identifying characteristics at first, other than that she had been wearing a pull-up diaper. A list of possible physical characteristics and a police sketch were eventually released.

DNA samples collected by the Oregon State Medical Examiner’s Office were sent to Parabon Nano Labs for testing not long after the body was discovered. On Oct. 4, Parabon notified OSP investigators they had identified the child.

OSP noted they had received more than 180 tips over the course of the investigation, some of which helped rule out 61 other missing individuals as the potential victim.

The News-Times will provide updates to this story as more information becomes available.