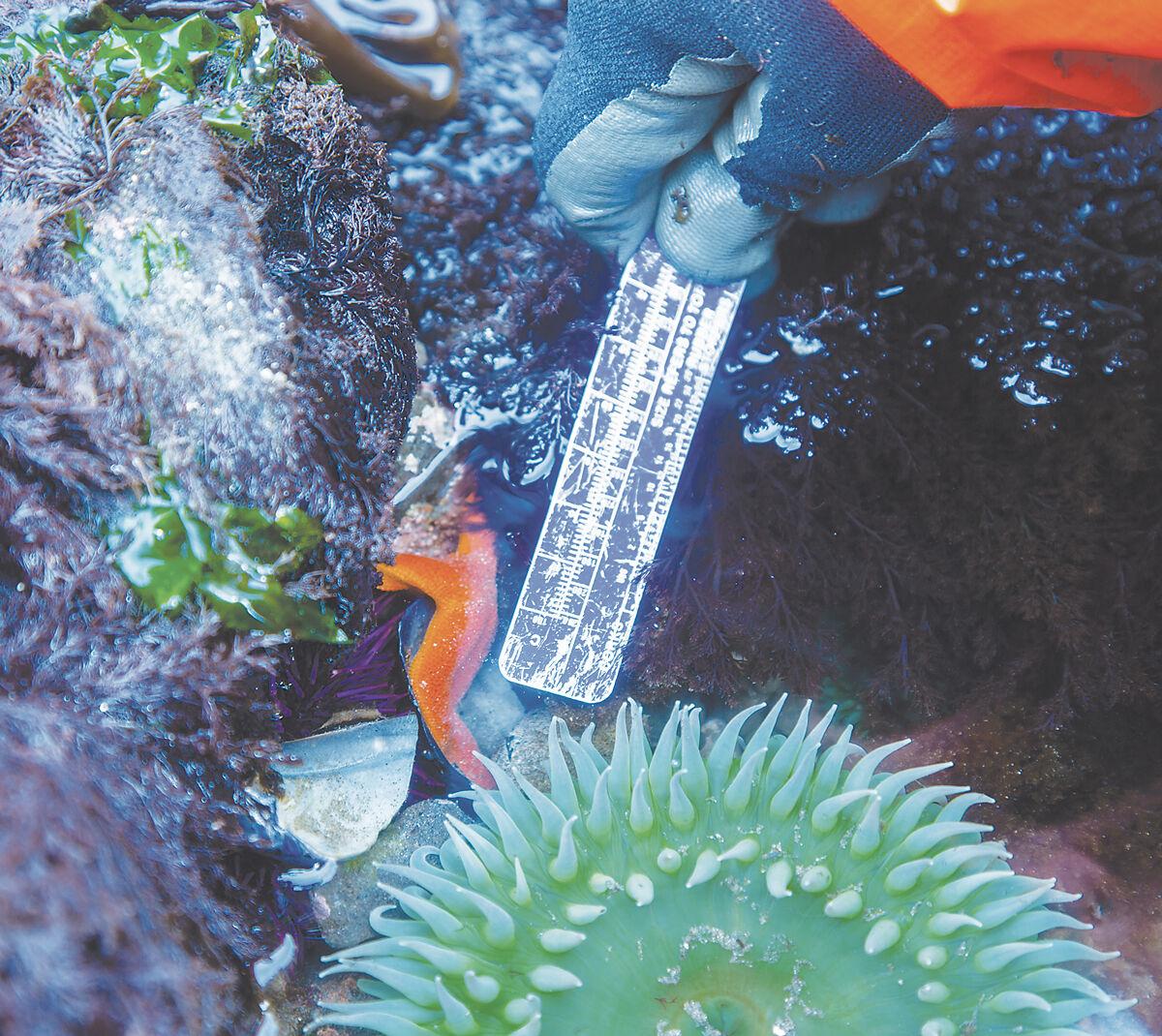 Measurements of sea stars were taken during a previous BioBlitz project, which took place in 2019. 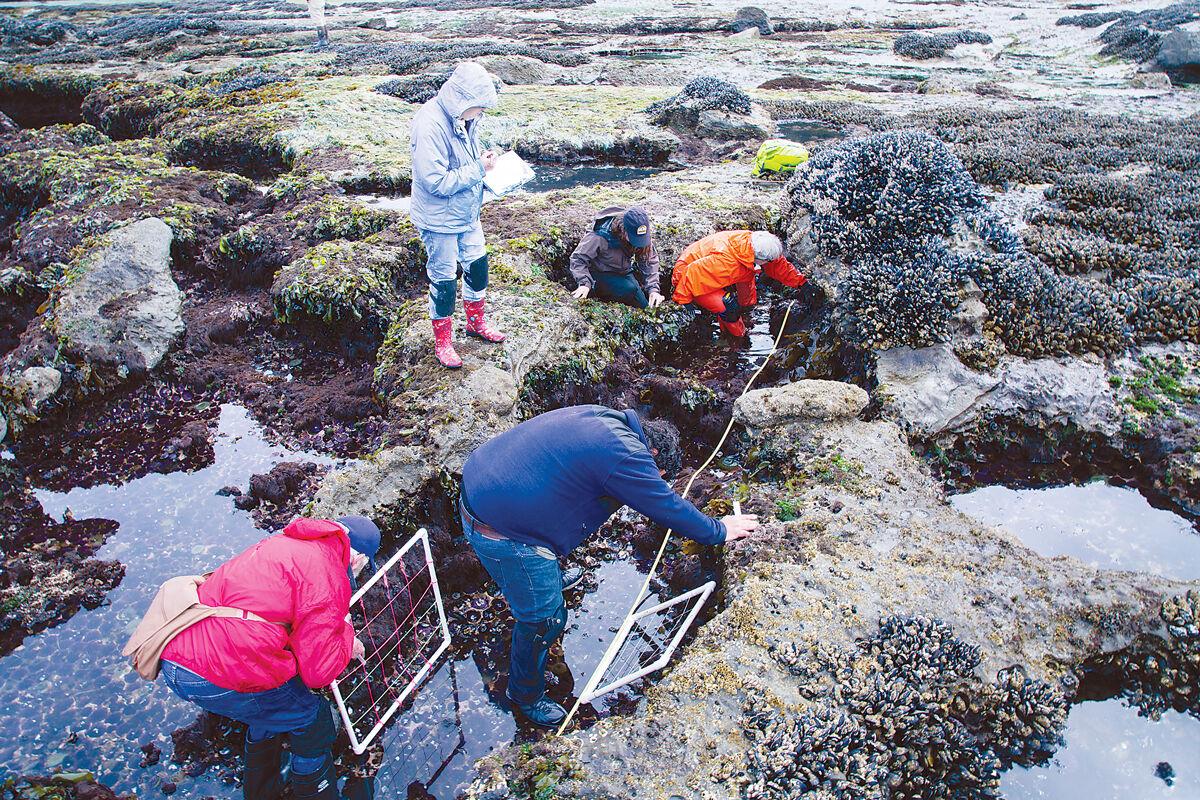 BioBlitz volunteers involved in a citizen science project in 2019 gathered data to help determine the effect of the sea star wasting disease on the ecosystem. (News-Times file photos)

Measurements of sea stars were taken during a previous BioBlitz project, which took place in 2019.

BioBlitz volunteers involved in a citizen science project in 2019 gathered data to help determine the effect of the sea star wasting disease on the ecosystem. (News-Times file photos)

Exploring Oregon coastal waters and tide pools is not only a fun activity, it can help local scientists document biodiversity as well as detect and track disease outbreaks in marine wildlife species.

The Oregon Marine Reserves, the PRIMED Network and the Oregon Coast Aquarium are hosting and promoting this summer’s BioBlitz, a citizen science effort to record all living species at a specific time and place, using a smartphone app.

“It’s about learning and playing a role in conservation and stewardship,” said Dennis White, organizer of the Friends for Otter Rock. “Anyone who is interested can participate.”

Before 2020, the BioBlitz was held on a single day, twice a year. Experts were on hand to help participants identify plants and creatures at each of Oregon’s five marine reserves: Cape Falcon, Cascade Head, Otter Rock, Cape Perpetua and Redfish Rocks.

But distancing guidelines in place due to COVID in 2020 prevented the BioBlitz from being a group activity as it had been in previous years. Last year, participants explored on their own during a 10-day period and recorded observations through the app, iNaturalist.

iNaturalist allows participants to take photos on their phones and upload them into the app. “It’s a very cool app,” said White. “When you upload the picture, the app suggests what it is. It is a great way to learn.

“You can also label a picture, ‘unknown’ and someone else will respond with correct identification,” he added. “Even if you can’t identify something, your contribution is important.”

The iNaturalist Marine Wildlife Health Project is the front line in detecting and tracking disease outbreaks in marine wildlife species. It includes observations of both healthy and unhealthy marine animals, algae, plants and more.

“This is a useful tool, which enables any observer of the natural world, of any skill level, to contribute information to a vast national database,” White said.

Although the iNaturalist app will be used again this year, it will have a deeper focus on assessing the health of the observed species. There is a subset of questions in the app where users will be prompted to enter the vital status (dead or alive) and health status of the wildlife, an important assessment tool for the PRIMED Network.

PRIMED (Primary Responders in Marine Emergent Disease) is a group of about 100 scientists, resource managers, educators, and community members who are working to detect, monitor and respond to marine wildlife diseases. This year is the first BioBlitz collaboration between the Oregon Marine Reserves and the PRIMED Network.

Sarah Gravem, a research associate at Oregon State University, is part of the PRIMED team of scientists. “Before PRIMED was created, scientists of different specialties did not have a unified format to communicate with each other in a way that made sense,” said Gravem.

She said events such as the BioBlitz are extremely important in identifying potential threats to prevent catastrophic events from happening.

“PRIMED was formed out of the sea star wasting event,” said Gravem. “That event was huge and happened quickly. We reacted as fast as we could, but we weren’t prepared.”

Sea star wasting disease affected the entire ecosystem according to Gravem. “The ochre sea star is the top predator, like the lions, of the intertidal region. They clean up spaces for other things to live. They help create balance.”

Gravem said when there were fewer sea stars because of wasting disease, the population of the sea urchins grew and began devouring the kelp. “Abalone, rockfish and the beneficial red urchins all rely on kelp for food and shelter. If we don’t have kelp, then fisheries are in peril. It is huge to our economy.”

This year’s version of the BioBlitz enables participants to go whenever the low tide, weather and ocean swell conditions are suitable and fit the participant’s own schedule. The first low tides of the event will be on June 25, 26 and 27. The ideal time to go is during the minus tides, which are in the mornings each day. The next BioBlitz dates will be July 23, 24 and 25.

While the minus tides offer participants the best opportunity to view tide pools, uploading photos into iNaturalist can be done all year round.

“We need everyday people to continue to help us monitor the intertidal regions,” Gravem said. “You can upload photos anytime, at any location — not just marine reserves — and the scientists can connect the dots. The tech is amazing.”

A virtual orientation and training about each of the marine reserves and iNaturalist will be available for viewing on YouTube at https://tinyurl.com/4uh3ztjh

The Oregon Marine Reserves offers these tips for BioBlitz participants:

• Have the iNaturalist app loaded before you set out.

• Bring a bag to pick up any garbage or trash found.

• If you move a rock to take a photo, place it back where you found it.

• Don’t remove anything from a tide pool or the Marine Reserve.

Those going to Otter Rock should be particularly careful. “We have a green lettuce on the rocks, which can be very slippery,” said White. “Walk on brown plants and bare rock if you can. Just be careful not to step on any critters.”