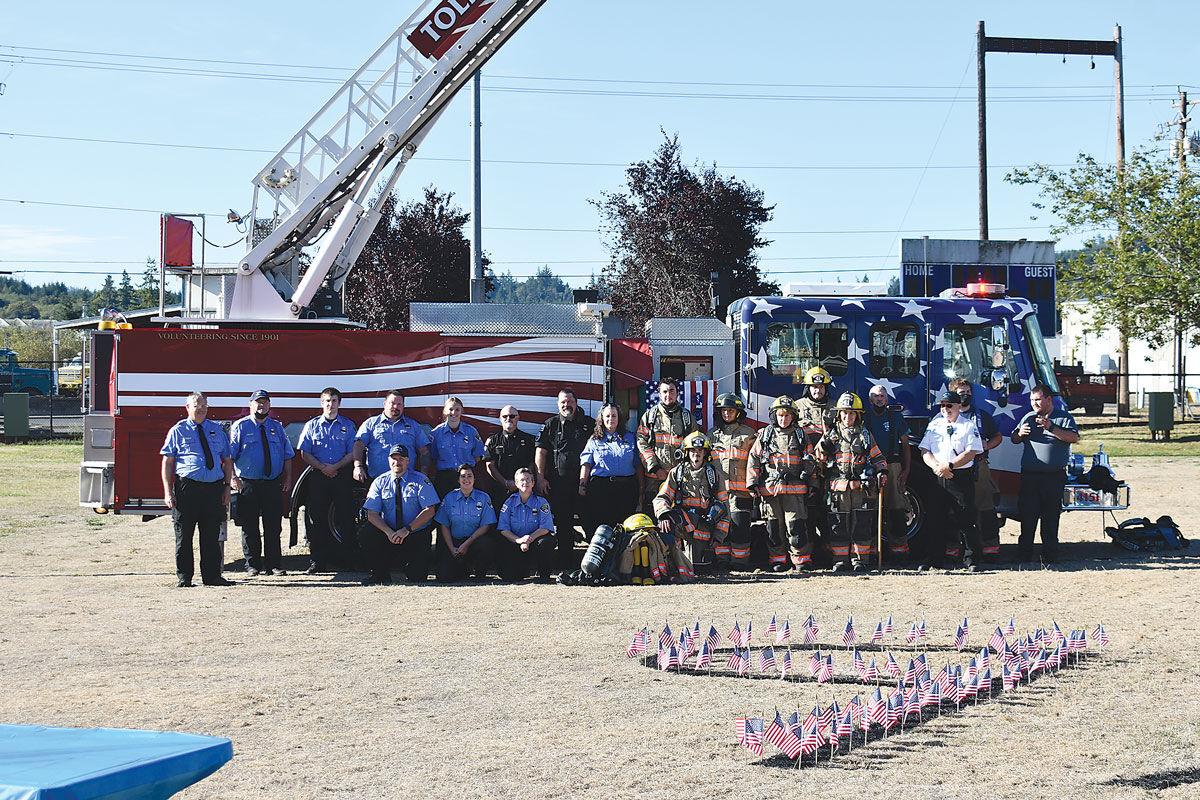 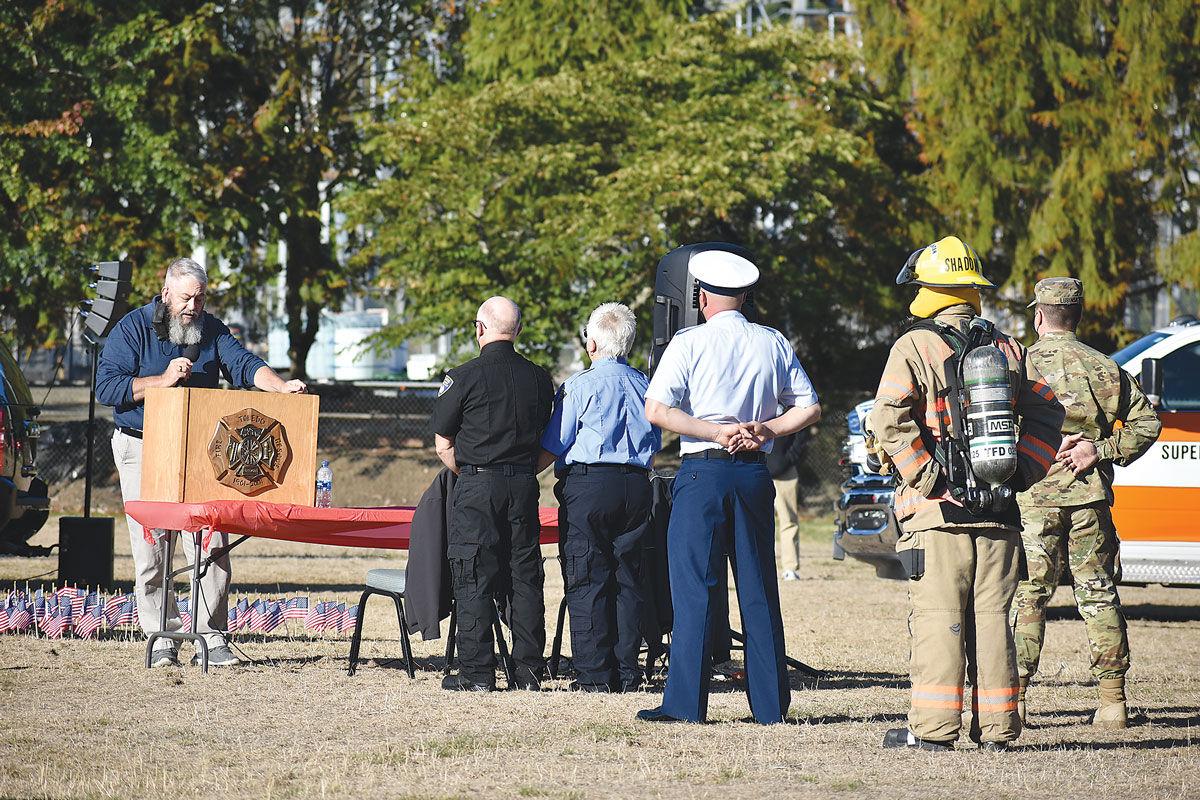 To honor emergency responders who lost their lives during the Sept. 11, 2001, terror attack on the World Trade Center in New York City, Toledo Fire and Rescue held a ceremony at Memorial Field Saturday for the event’s 20th anniversary. After presenting and raising the U.S. flag on a fire truck cable, the color guard returned to fall into rank with the rest of the attending emergency responders and service members. Mayor Rod Cross gave a speech  and the participants posed together afterward in front of the memorial. (Photos by Mathew Brock)