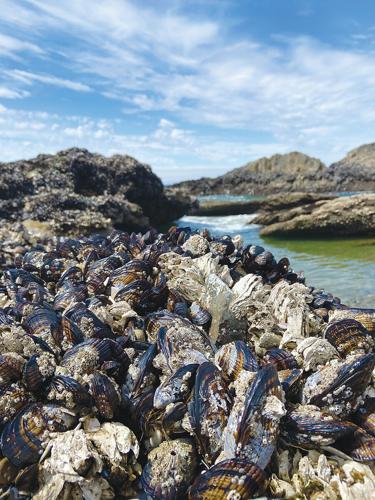 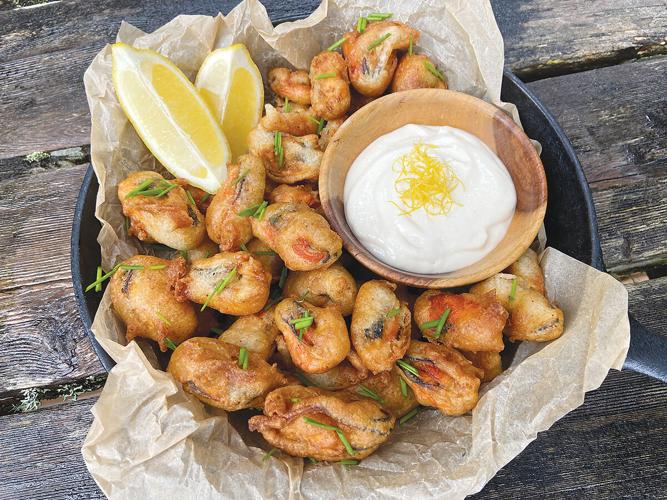 Get ready for some fun facts about Oregon coast mussels that you never knew you wanted to know.

I’ve prepared a lot of mussels since moving to the Oregon coast, but whenever I’ve prepared mussels in the past, I’ve always kept them in their shells, so I hadn’t ever really paid much attention to any differences between the mussels themselves. However, these Beer Batter Fried Mussels needed to be removed from their shells before battering and deep frying, so that’s when I noticed one very obvious difference between the mussels — their color. Some were a vibrant orange, while others were a creamy white.

How had I never noticed this before, and more importantly, what would cause such an obvious color difference? The answer might surprise you as much as it surprised me. It’s their gender! The orange mussels are female, and the creamy white mussels are male. Both have the same rich, sweet flavor but look quite a bit different from another.

This led me to my next rather obvious question after learning about mussel genders — how do mussels reproduce? According to Google, marine mussels reproduce by releasing their eggs and sperm into the water. The young then begin life as floating plankton for between one and six months before settling on the bottom as an adult. As the mussel develops, it grows a byssus, aka the beard, which is a mass of threads it uses to secure itself to a solid surface where it will continue to grow.

Now, after learning that mussels start out as microscopic floating plankton, I can’t be the only one who’s curious about how long it takes for them to get to a harvestable size or even just how long mussels live in general, right? Well this answer might just be the most surprising yet. Out of the 297 different species of mussels, some live for more than 100 years. However, the mussels we have here on the Oregon coast, which are blue mussels or sometimes referred to as bay mussels, only have a lifespan of approximately 12 years and take roughly 12-18 months to grow to a harvestable size.

So the next time you’re out harvesting mussels, impress your friends and family with these random mussel facts, then head home and whip up a deliciously crisp and garlicky batch of Beer Batter Fried Mussels with everyone’s favorite Garlic Aioli dipping sauce.

1 limit of mussels (72), removed from their shell and beards discarded

To remove mussels from their shells, quickly blanch them in boiling water until they open, immediately drain and run under cold water to stop the cooking process. Discard shells and beards and set aside.

Mix all ingredients (except mussels) in a bowl, dip mussels to coat evenly and deep fry until golden brown. Approximately 1-2 minutes per side.

With a mortar and pestle, smash garlic with coarse sea salt until mixed into a smooth paste.

With a hand mixer, mix for approximately one minute.