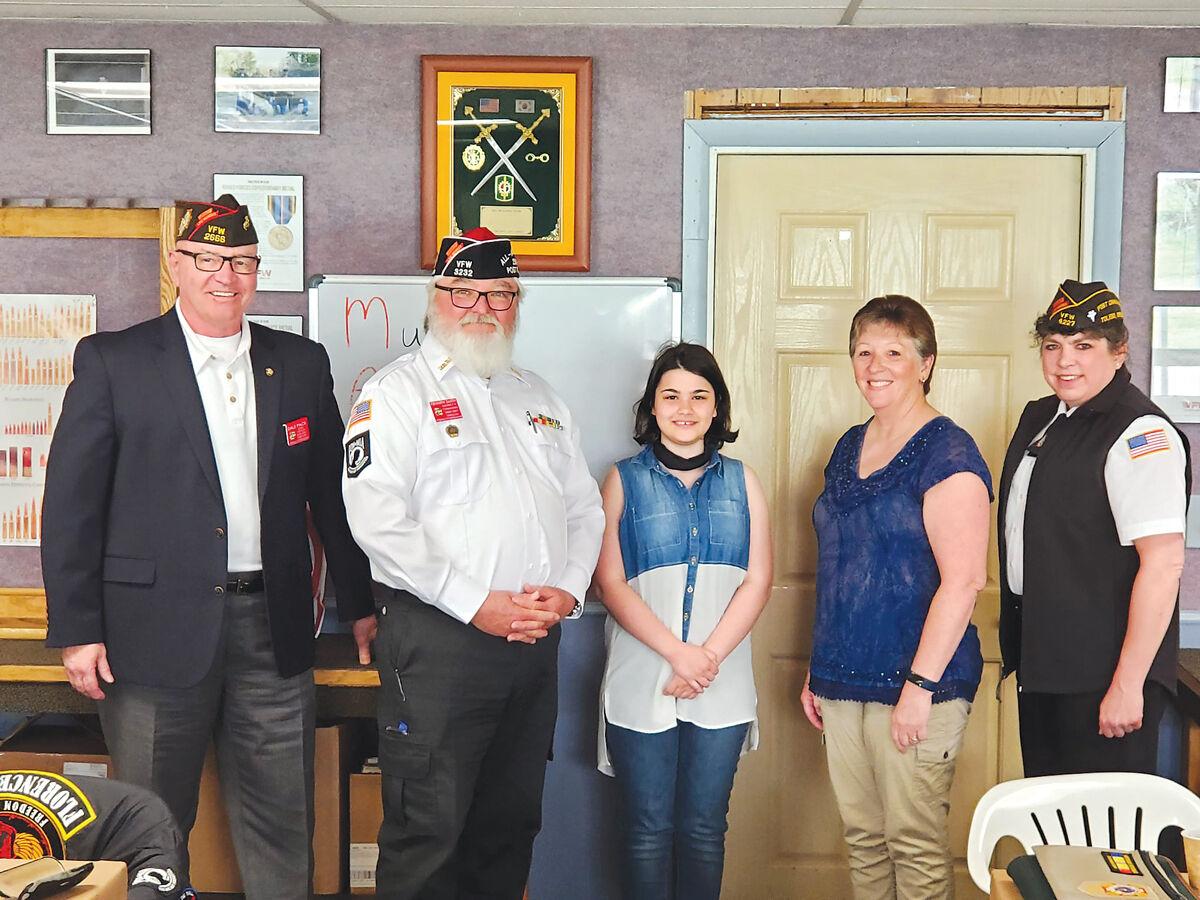 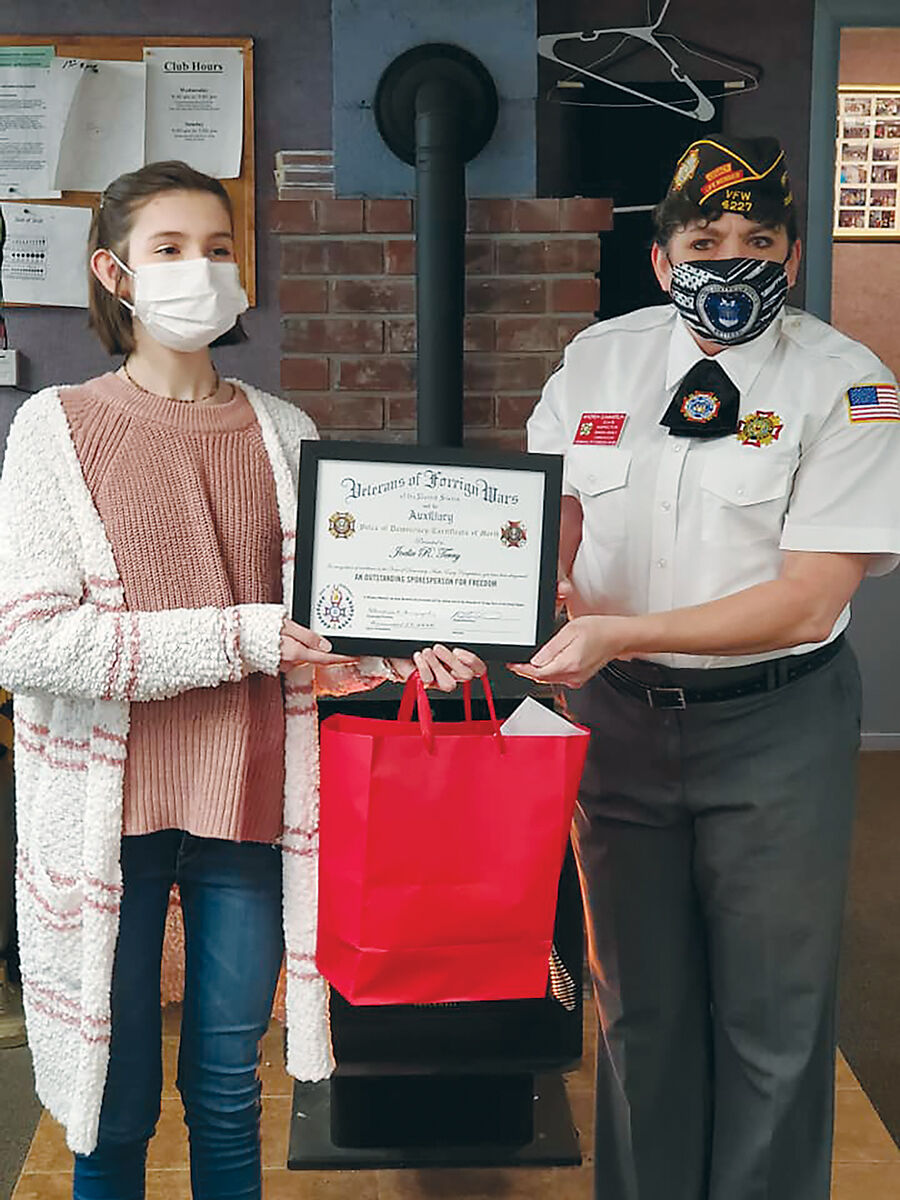 The Veterans of Foreign Wars District 9 recognized winners of their annual youth essay contests and Teacher of the Year at a recent district meeting in Toledo.

All three award winners were from Post 4227 in Toledo. All awardees were presented with a certificate of appreciation, a cash award, and a bag filled with patriotic items.

Willa Martin, a sixth-grade teacher, from Toledo Elementary School, was recognized as the Department of Oregon Smart/Maher VFW Citizenship Education Teacher of the Year for grades 6-8. Martin has been teaching for 37 years and has taught hundreds of students to honor veterans and their families. Martin is passionate about American history and has conducted the annual school Veterans Day ceremony, which recognizes all veterans.

The Voice of Democracy winner was Toledo resident Joelie Terry, a freshman at Newport High School. Terry’s essay spoke about the freedoms the founding fathers envisioned for all Americans, the heroes in this country’s history and how each one of us has role to make America an even better place. Terry is a 4-H Shooting Sports team member and participates in concert band.

The Patriot’s Pen Winner was Ravyn Eskridge, an eighth grader who is homeschooled and resides in Depoe Bay. Eskridge wrote about her duty as a patriot to remind others of the sacrifices made for our constitutional freedoms. She emphasized that the heart and soul of patriotism is eternal vigilance and highlighted those who are devoted to this country.

The Department of Oregon Surgeon, Roger “Dale” Pack; District 9 Commander Ken Smith; and Toledo Post 4227 Commander Andrea Summerlin presented awards at a socially distanced ceremony in front of family, friends and other VFW members. Terry’s award was presented at a previous meeting due to a schedule conflict.

The Patriot’s Pen essay contest is open to students in grades 5-8, and this year’s theme was “What is Patriotism to Me?” Essays were judged on a variety of elements including theme knowledge, development and clarity. Each year more than 165,000 students enter the VFW’s Patriot’s Pen youth essay contest where the national winner earns $5,000. The essay contest encourages young minds to examine America’s history by writing a 300-400 word essay, expressing their views based on a patriotic theme.

The Voice of Democracy essay contest is open to students in grades 9-12, and this year’s theme was “Is This the Country the Founders Envisioned?” Essays were judged on originality, content and delivery. The Voice of Democracy audio-essay program provides high school students with the opportunity to express themselves in regard to a democratic and patriotic-themed recorded essay. Each year, nearly 64,500 students from across the country enter, where the first-place winner receives a $30,000 scholarship paid directly to the recipient’s American university, college or vocational school.

The 2021 essay contest themes have been announced, and they can be found at https://www.vfw.org/community/youth-and-education/youth-scholarships. Those interested in participating can contact Post Commander Andrea Summerlin at asummerlin@yahoo.com or 541-252-0515.