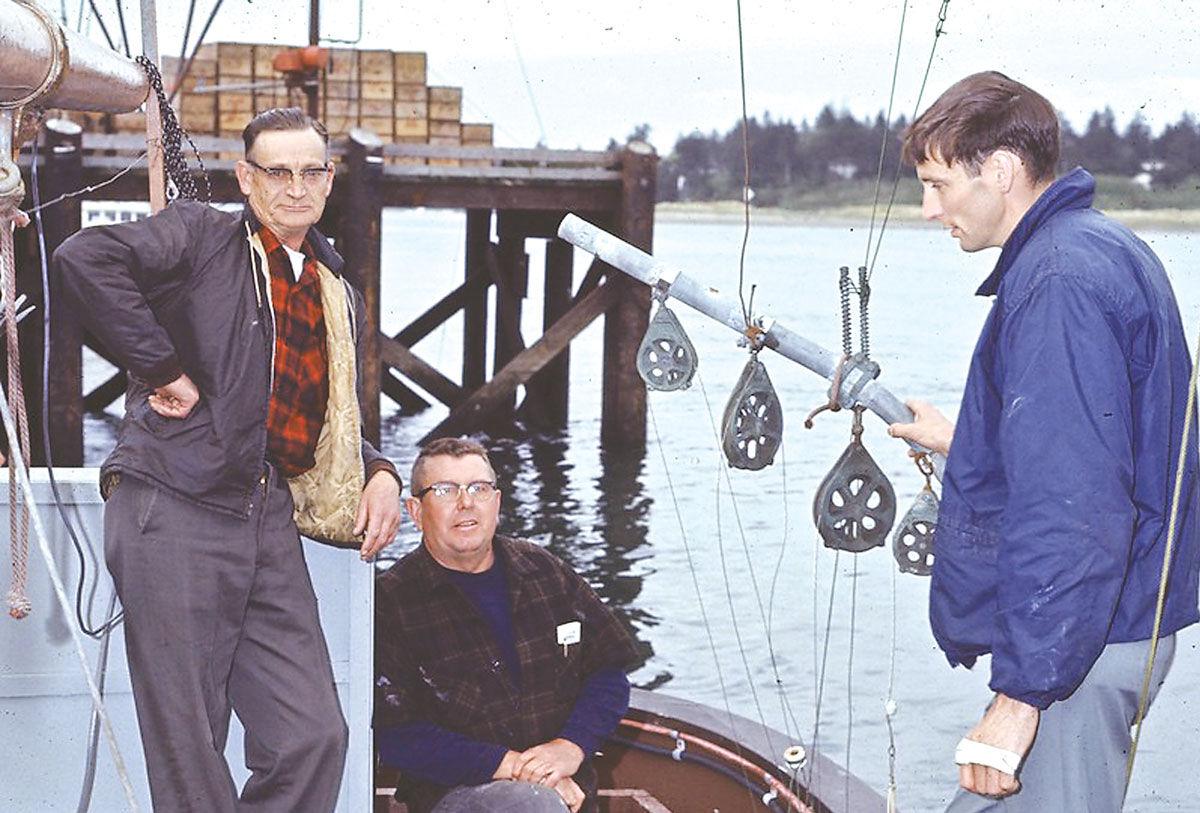 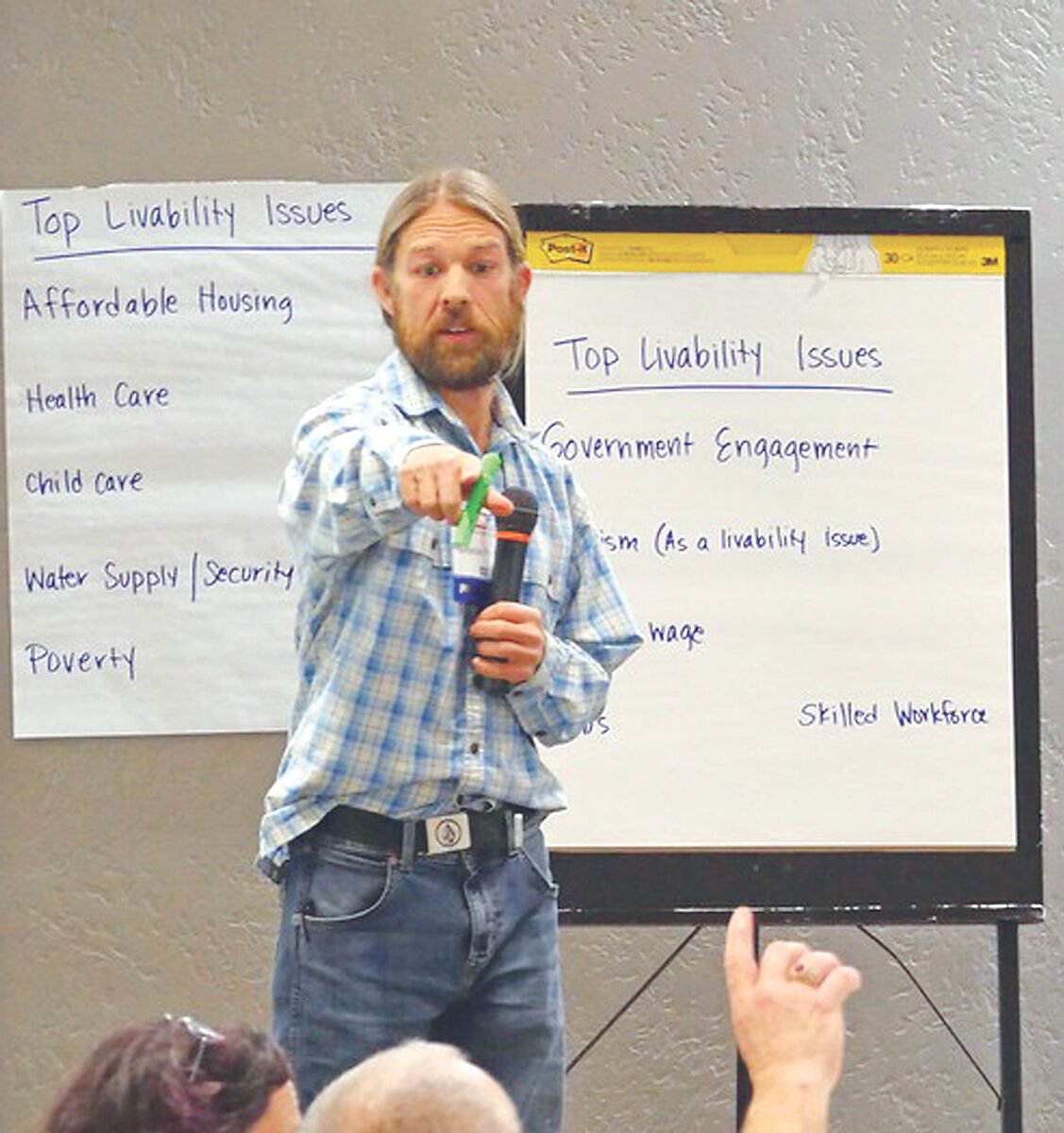 Charlie Plybon, the Oregon policy manager for the Surfrider Foundation, facilitates a panel on coastal livability during Oregon Sea Grant’s 2019 State of the Coast conference in Gleneden Beach. 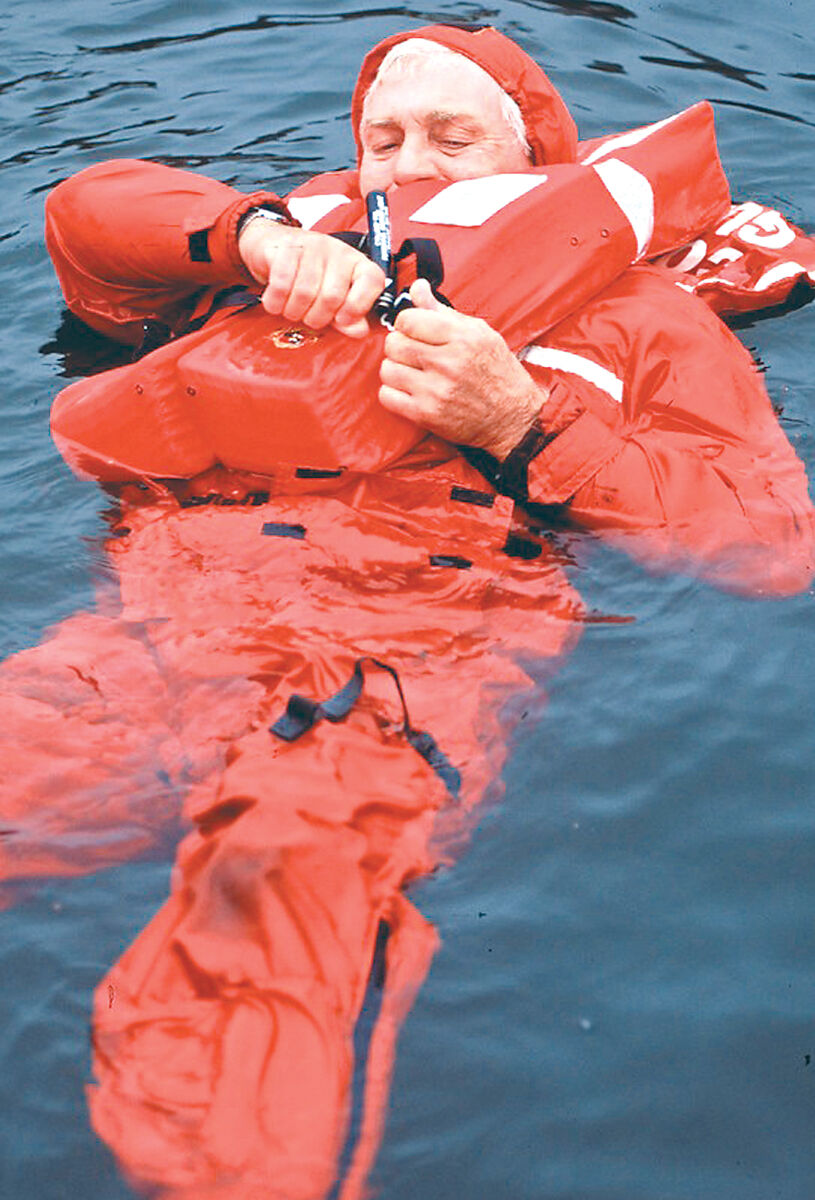 Sea Grant Extension has worked with the U.S. Coast Guard to introduce and train commercial fishermen in seagoing safety and survival gear. This photo shows one of the early versions of the survival suit.

Charlie Plybon, the Oregon policy manager for the Surfrider Foundation, facilitates a panel on coastal livability during Oregon Sea Grant’s 2019 State of the Coast conference in Gleneden Beach.

Sea Grant Extension has worked with the U.S. Coast Guard to introduce and train commercial fishermen in seagoing safety and survival gear. This photo shows one of the early versions of the survival suit.

From the prevalent tsunami hazard zone signs along the coast to the fresh seafood served at local restaurants, the impact of Oregon Sea Grant is evident in all walks of life.

Oregon Sea Grant (OSG), a marine science program based at Oregon State University (OSU), officially turns 50 on Sept. 17. On that date in 1971, OSU was designated a Sea Grant college. Today, OSG is one of 34 Sea Grant programs in the U.S. under the National Oceanic and Atmospheric Administration. OSG funds research, outreach, scholarships and K-12 education, as well as manages and staffs the public education wing of the Hatfield Marine Science Center in Newport.

“If you care about ocean resources, then you are connected to Oregon Sea Grant,” said Charlie Plybon, member of Oregon Sea Grant’s stakeholder advisory council. “It’s about informed management about all we love on the coast. We don’t need to understand all the science, but we can enjoy and appreciate it.”

Plybon said OSG connects policy with real people and makes a huge impact in the lives of everyday citizens. “OSG helps fishermen be safer and more effective on the water.” Those efforts have a trickle-down effect on the community and consumers.

Salmon is one of the many areas of focus for OSG. With Pacific salmon on the decline, scientists in the 1970s and 1980s studied their reproduction, distribution, predators and viral and parasitic diseases. In the late 1990s, OSG began funding nearly a decade of research in the Salmon River Estuary that pioneered concepts for evaluating how salmon respond to restored wetlands. In 2004 and 2005, they published reports on how tide gates affect salmon and other fish, and in 2006, they co-sponsored a symposium on the topic. After restrictions were imposed on salmon fishing off Oregon and California in 2006 to protect Klamath River chinook, OSG teamed up with Oregon fishermen to collect genetic samples from salmon in the ocean to determine their river of origin.

Jerri Bartholomew, professor of microbiology at OSU, began studying salmon parasites in the 1980s with funding from OSG. Though most of the funding for that ongoing research now comes from other sources, Bartholomew said it laid the foundation for ongoing partnerships.

“Oregon Sea Grant funding helped us dive into basic research,” said Bartholomew. “We now collaborate with scientists in Israel and other areas. Our goal is to make it possible that salmon are plentiful enough to be harvested, which support our fishing economies.”

Fostering the next generation of natural resource managers, scientists and environmental stewards by administering paid internships and fellowships is another focus of OSG. Since 1980, they have helped place more than 60 early-career professionals from Oregon universities in federal offices in Washington, D.C. In 2017, OSG began partnering with Oregon’s Department of Environmental Quality on an internship program that has placed more than three dozen interns with about 30 Oregon businesses to help the companies reduce waste and energy use.

OSG director Shelby Walker said recent graduates from the scholarship program work with industries for a mutual benefit. “They work with such businesses as Pacific Seafood and Boeing, for example, in areas such as pollution reduction and energy efficiency. It is impactful.”

The extension-based agents are another critical component to OSG, explained Walker. “The extension agents work directly with people in the community and are the faces many people see first.”

Bob Jacobson, retired marine extension specialist with Oregon Sea Grant, was the very first employee of OSG back in 1971.  “Basically, what they told me when they hired me was that you are an agricultural agent in hip boots,” said Jacobson in an oral history from 2008. He spent the first six months on the job talking with fishermen about their needs.

“One of the things that was very obvious was that there was very little communication, if any, between members of the commercial fishing industry and those people who regulated them — the National Marine Fisheries Service at the federal level and the old Oregon Fish Commission employees from the state level,” Jacobson said. He organized face-to-face meetings with fishermen and regulators to open the lines of communication. “Those were very, very successful in getting those two groups a little closer together,” he said.

Jacobson was also instrumental in vessel and fishermen safety. In the mid-70s, he ordered, financed, and sold hundreds of survival suits. “Survival suits were basically big cumbersome oversized neoprene suits that you climbed into with a zipper that came up the front all the way to your chin that were waterproof,” he explained. “And if you ever had to ditch at sea, you could get into these survival suits and the theory was that it would protect you from the cold water and would improve your chances for survival over a longer period of time.”

Survival suits are now required on all vessels, as are life rafts. “The Fishing Vessel Safety Act put in motion a safety program for fishing vessels that was long overdue, first of all, and it’s been very, very effective in reducing vessel and crewmen casualties,” said Jacobson.

Marine education, preparation for natural disasters, wave energy, support for fisheries and marine debris research have been other highlights of OSG efforts in the past 50 years.

Looking toward the future, Walker said OSG research will continue to explore the impacts of climate change. “From coastal storm frequency, to erosion, to ocean temperatures impacting fish and the fishing industry, it is a challenging, dynamic and complicated thing. But it is our duty to provide the scientific data so industries can make informed decisions.”

Oregon Sea Grant is funded by federal and state appropriations, as well as project-specific contributions from local governments and industry.