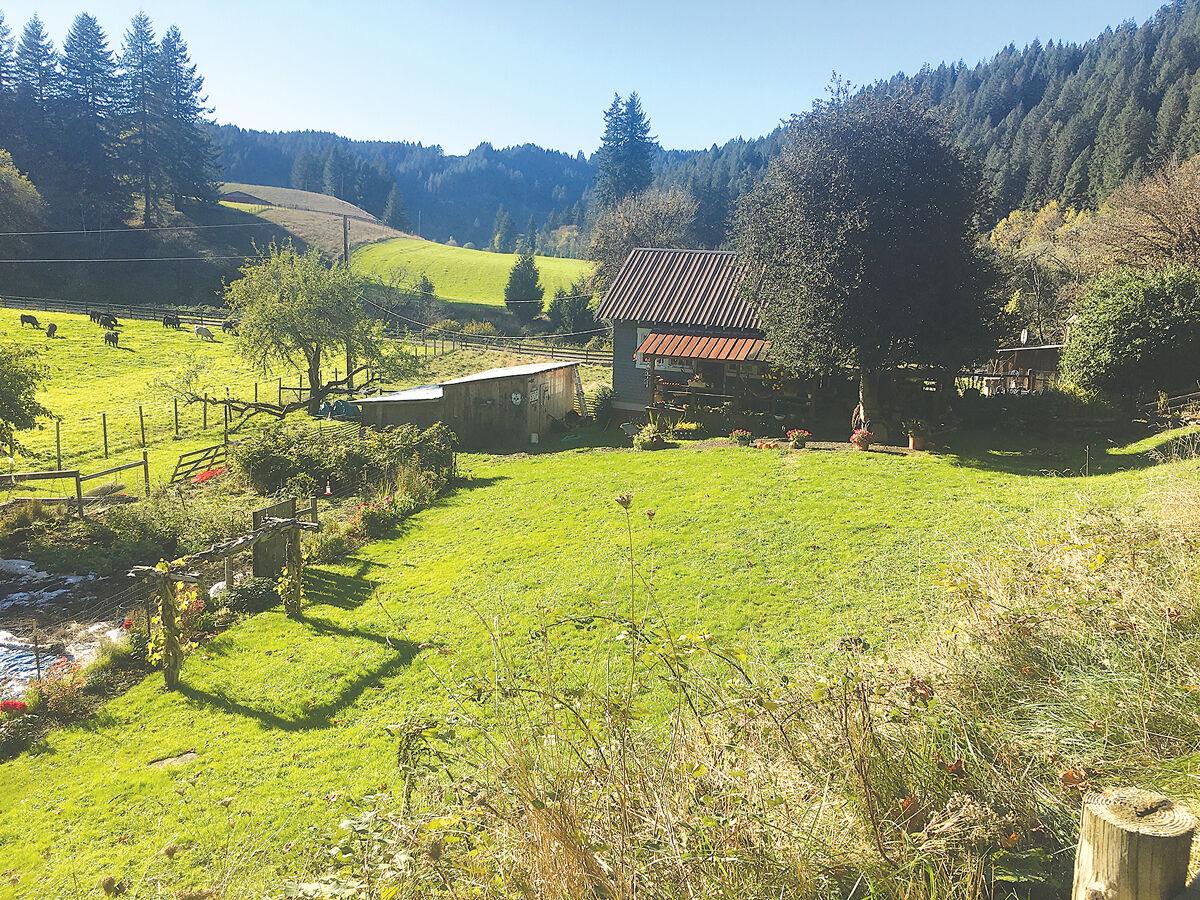 The C2C winds past many small farms tucked away in the Oregon Coast Range. (Photo by Steve Smith) 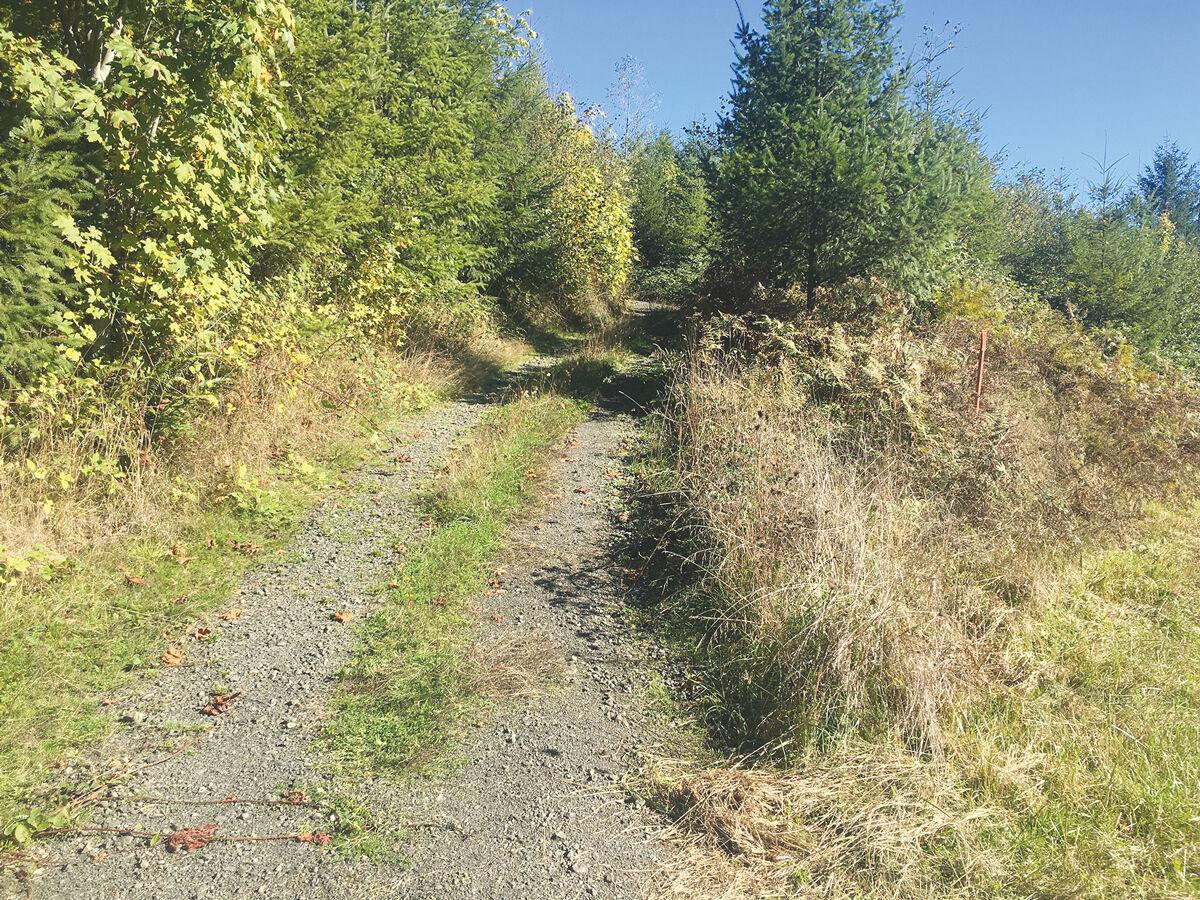 The Corvallis to the Sea Trail travels from the valley to the ocean on gravel roads and single trail in the Oregon Coast Range. (Photo by Steve Smith)

The Corvallis to the Sea Trail takes backpackers from the Willamette Valley to the Oregon coast. (Courtesy photo by Gary Chapman, Corvallis-to-the Sea (C2C) Trail Partnership)

The C2C winds past many small farms tucked away in the Oregon Coast Range. (Photo by Steve Smith)

The Corvallis to the Sea Trail travels from the valley to the ocean on gravel roads and single trail in the Oregon Coast Range. (Photo by Steve Smith)

There is nothing in Oregon that quite compares to the Corvallis to the Sea Trail, also known as the C2C.

The trail was conceived in the early 1970s but delayed until the C2C Partnership was formed in early 2004. A whopping 40,000 volunteer hours and $20,000 in donations later, the C2C was slated to officially open in June 2020. COVID-19 restrictions delayed the opening, though in March of this year the partnership published maps of the western half of the trail on its website, linking both halves of the trail, informally but effectively opening it to the public.

Itching to go for a long walk, my wife and I did a little research and were happy to find there was only one permit necessary for a short section of the trail. A quick call to Starker Forest, a private timber company, got us a permit we saved to our phones.

We packed our bags and laced up our trail runners. We set out to complete 50 miles of the trail in five days, hoping to avoid Highway 101 at the west end and downtown Corvallis at the east.

The trail officially ends (or starts) at Ona Beach. From here to the forest is a two-mile road walk through the Beaver Creek Valley. The trail turns uphill past a logging gate on a road skirting Simpson Creek. A friend dropped us off at this gate early on a drizzly Saturday morning in late March.

After a few hundred feet of elevation, the C2C left the road and entered a grassy tunnel bordered by salal and waist-high ferns, one of the handful of overgrown decommissioned roads that stitched together the trail.

A two-mile hillside walk through old road and new single-track trail brought us to a cow farm. This dirt stretch was described on the C2C website as a “rustic dirt road” that was “sometimes used by cattle.” Those looking to pass through here in the rainy season should be ready for ankle-deep mud.

Squishing our way uphill, we wound through the private timberlands of Hitselberger Ranch, and an hour or so later stopped to watch a mama black bear and her cub snacking in the peaceful Peterson Creek valley. The sun was starting to break through, and we took off some rain gear and filled our water pouches before continuing.

The C2C was so well signed that other than checking on our distances, we did not need a map. We continued on paved forest service roads for roughly eight miles before crossing a berm and dropping onto an old road trace. Here began a stretch of single track down around Palmer Mountain to a little unnamed creek where we stopped for an instant coffee break. The newish Palmer Mountain Trail continued over pillowy bright green moss and a thatch of old-growth cedar that slowed us in our tracks.

By afternoon we were 15 miles in and moving. We started down from Errol Ridge on a lovely decommissioned forest service road toward Gopher Valley, catching expansive views of the misty valley through the scrim of budding big leaf maple and alder, and old man’s beard swaying from the branches of stout hemlocks and Douglas firs.

The snaking Gopher Creek flashed silver in the sun’s last effort to make a showing that evening. We crossed a tributary on cute stepping stones, the skunk cabbage blooming in the shallow water, the rain returning as we started looking for a spot to camp.

Climbing 600 feet out of Gopher Creek, we hiked a ridge top for seven waterless miles on recently built trail that crisscrossed a forest service road. We rested at Toilet Bowl Landing, named for a dumped porcelain toilet now sinking into the grass, then descended into the town of Harlan.

To refill our water supply, I scrambled down under a one-way bridge that crossed the Big Elk River. When I emerged, Anna was talking to a tractor driver with a Stetson and a thick white mustache. Besides a Dutch Bros barista in Philomath, the rancher would be the only person we met during our hike.

“You must not be livestock people.”

We smiled. He said to take a whiff of his silage bale. It smelled slightly of cider.

He told us that he’d been reluctant to open part of his land to the C2C, but that so far its users had been respectful. His brief history of the area was interrupted by a Subaru wanting to pass, and so we said our goodbyes and continued on.

Half an hour along the gravel Harlan Road, the sun briefly broke. We aired out our tent and socks on a hillside near the Harlan Cemetery before trekking another three miles past a church and a few houses to a private gate. Thus began a 1,400-foot climb that topped out on a foot-crunching rocky logging road before descending into Shot Pouch Creek.

It was somewhere along this stretch that we realized at our pace we could finish much sooner than we’d planned. Talk of chicken wings and beer laced itself into our chats, and we turned up the heat.

Shot Pouch Creek feeds into Tum Tum River, which flows into Mary’s, the Willamette, and the Columbia on its way to the Pacific. The traditional homelands of the Kalapuya and Yaquina people, Oregon State University has an artist residency cabin here, and one can see how the babbling creek and snowy Mary’s Peak in the background could inspire great work.

After re-watering, we pounded up more logging road towards Mary’s. At 4,097 feet, the mountain was known as “the place of spiritual power” by the Kalapuya, and is the highest peak in the Oregon Coast Range. At one point we had to shuffle up a steep bank to avoid a guy barreling down in his pickup. By then we were nearing 18 miles of rainy hiking and were ready to be done. After some yoga and a quick dinner, we crashed near the top of the Lower North Ridge Trail. At 1,780 feet, this is the highest point on the C2C.

Waking to the sound of wind running through the treetops was pleasant. Down the east side of Mary’s Peak, in the shadows of big dripping Douglas firs along single track, we continued on the Lower North Ridge Trail before crossing onto a gated road into the actively managed Starker Forest. From here we crossed onto a residential road that eventually spit us out at a county highway north to Highway 20 in the town of Philomath.

This was an underwhelming if not stressful reentry into the world, complete with an up-close view of the Georgia-Pacific mill with its huffing machinery.

The trail diverted us to a sidewalk on a quiet road south of the highway. Along a little creek winding through backyards and a peaceful stretch of farmland, we entered Corvallis. Refueling on coffee for the last few miles, we walked a suburban stretch through intermittent rain before stepping into the welcome lobby of our hotel.

Those looking for soaring views of the Cascades need not hop on the C2C. But this trail felt authentic Oregon in a way those more popular routes are not — clearcuts, tree farms, an ancient dog wandering up from a cabin with a smoking battered stovepipe. I recall passing a small rowboat half full of water rotting on a hillside during one of our many long moments of deep silence. We passed what seemed like accidental patches of old-growth cedar, and walked away from the excursion recharged.

That said, in the end I was more in love with the concept of this trail than I was backpacking it. That a loose band of hikers have been scratching at it since the ’70s speaks to hope, persistence and an ability to work across boundaries that is inspiring in our deeply divided era.

Paul Lask is a freelance outdoors journalist and writing instructor at Oregon Coast Community College. His work is at prlask.com, and he can be reached at paulrlask@gmail.com.