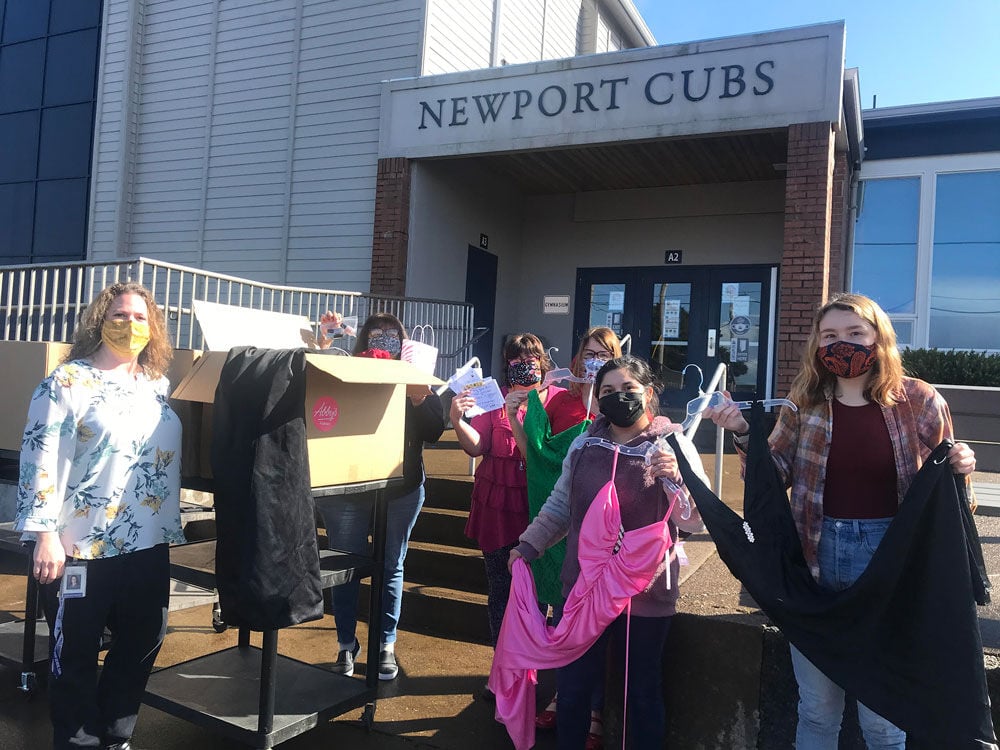 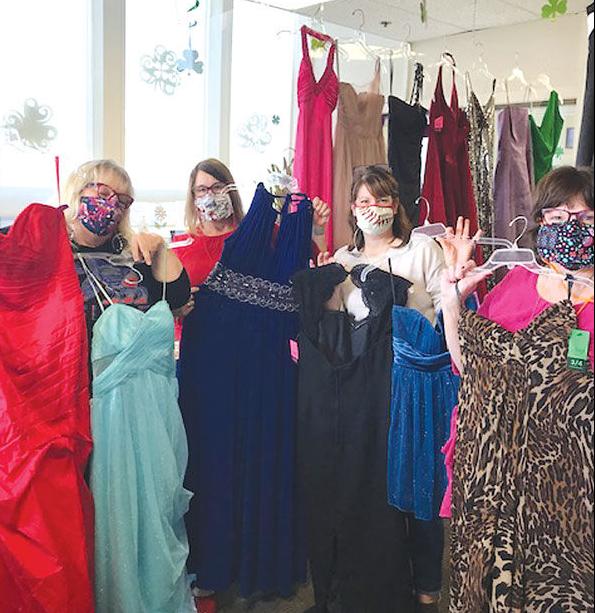 Dressing for a school formal can be an expensive proposition, and Lincoln County students bear a high rate of poverty and homelessness. Thanks to a donation from a Portland nonprofit, more Newport High School kids will be able to dress to the nines for those special moments.

Newport High’s Student Council established a “dress closet” years ago, Principal Reyna Mattson said. The program is run by Nora Losier, a bilingual tutor at the school. “Typically, we have three formals a year,” Mattson said. “We advertise that students who need to borrow a dress can come talk to Nora, and she opens up the locker room, and they can try on different dresses.”

Formal attire can easily cost hundreds of dollars. The poverty rate among Lincoln County students is higher than 20 percent, and because of the area’s high cost of living, even families who earn well above the poverty line can have trouble affording basic necessities, let alone paying hundreds for clothes that will be worn once or a few times.

Two years ago, the Lincoln County School District had the highest number of unsheltered youth in the state. According to a November 2019 report from the Oregon Department of Education, 209 district students were considered unsheltered, meaning they overnighted in locations not “ordinarily used as regular sleeping accommodation for human beings;” and 943 district students were homeless, which includes unsheltered students and those living in emergency shelters, hotel rooms, or substandard housing, and representing about 17 percent of enrollment.

The NHS dress closet is stocked by local donations, mostly alumni leaving for college, and the scale has remained fairly small since it was founded, Mattson said. The school also regularly advertises an annual prom dress giveaway in Portland as an option for its senior Cinderellas.

Abby’s Closet (abbyscloset.org) was started in 2004 by Abby Egland and her mother, Sally. After Abby graduated from high school, she wanted her favorite pink prom dress to grace future dances, and she recognized how much value it could have to someone less fortunate. She and her mother started the dress giveaway from her home closet, and it has since expanded to annual events held at the Oregon Convention Center, with thousands of dresses for underprivileged teens to choose from.

Making the trip to Portland could be a financial difficulty for families already lacking resources, Mattson said. And this year, due to COVID-19 safety concerns, Abby’s Closet was forced to cancel its convention center giveaway and reimagine the concept, which worked in the favor of local students.

The organization launched an expanded “Sharing the Love” program, inviting schools in Oregon and Washington to apply to receive a shipment of dresses for distribution to students. Angie Richcreek, a health assistant at Newport High, applied on behalf of NHS in February, and the school was selected.

Richcreek said, “Newport High School is thrilled to get this generous donation from Abby’s Closet. We can’t wait to get these dresses out to students. They aren’t only for prom, but homecoming, winter ball and other celebrations. What a wonderful gift from Abby’s Closet to our school and community.”

Sally Egland herself made the delivery to the high school on March 15 — 100 dresses of varying lengths and styles, from size zero to 14. Abby’s Closet leaves it up to the school to distribute the garments.

It not clear yet when students will have a chance to avail themselves of the largesse. “With COVID, we don’t even have students on campus yet, so we don’t have a formal planned at this point,” Mattson said. “It’s really for the future. We’re hopeful that we may be able to do some kind of formal, outside social in the spring, if it gets warm enough, but we’re not going to be able to have a traditional prom,” Mattson said. She said staff was working with the student council to plan alternative activities.

Abby’s Closet has given away more than 30,000 dresses since its founding and expects to donate more than 7,000 this year, according to its website. The organization also offers scholarships funded by Brides for a Cause, a nonprofit that resells used wedding dresses and donates the proceeds to charitable causes.