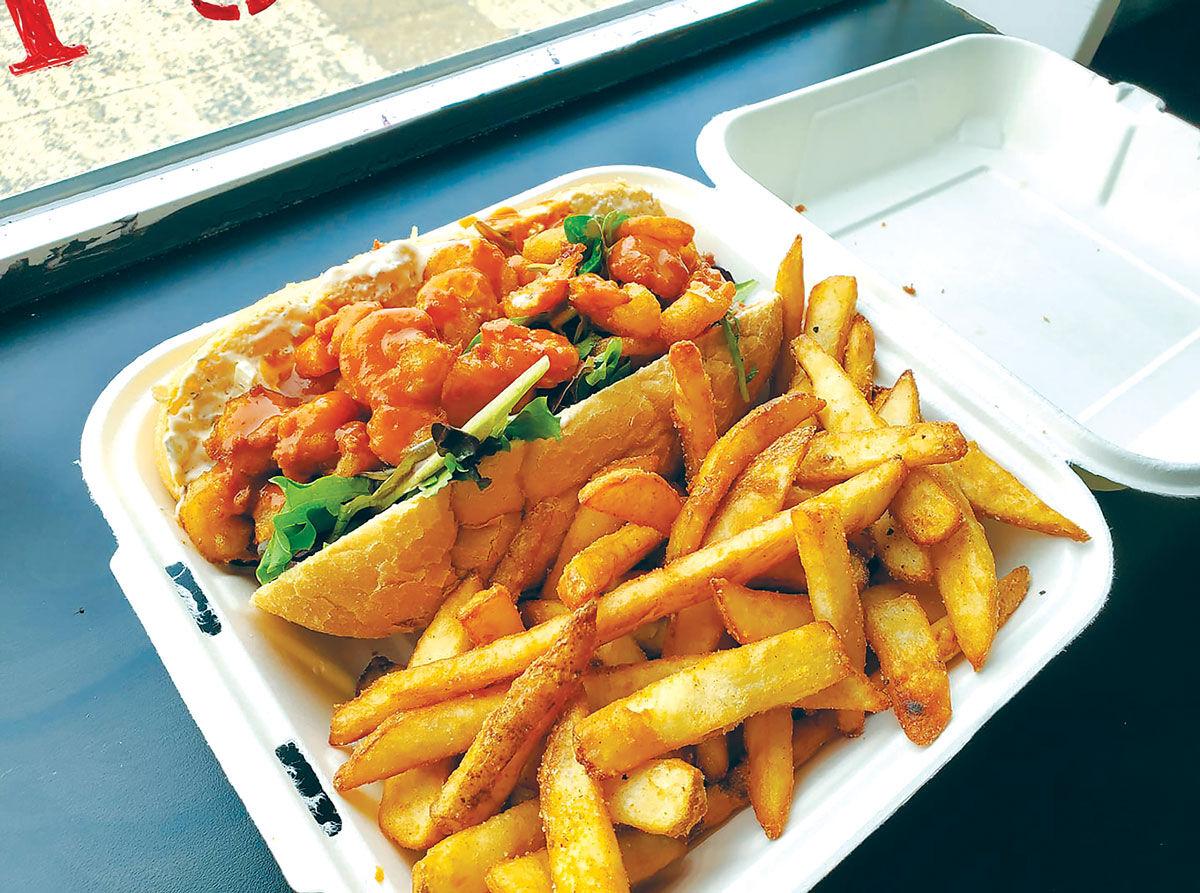 One of The Sticks speciality items, a shrimp po-boy sandwich. 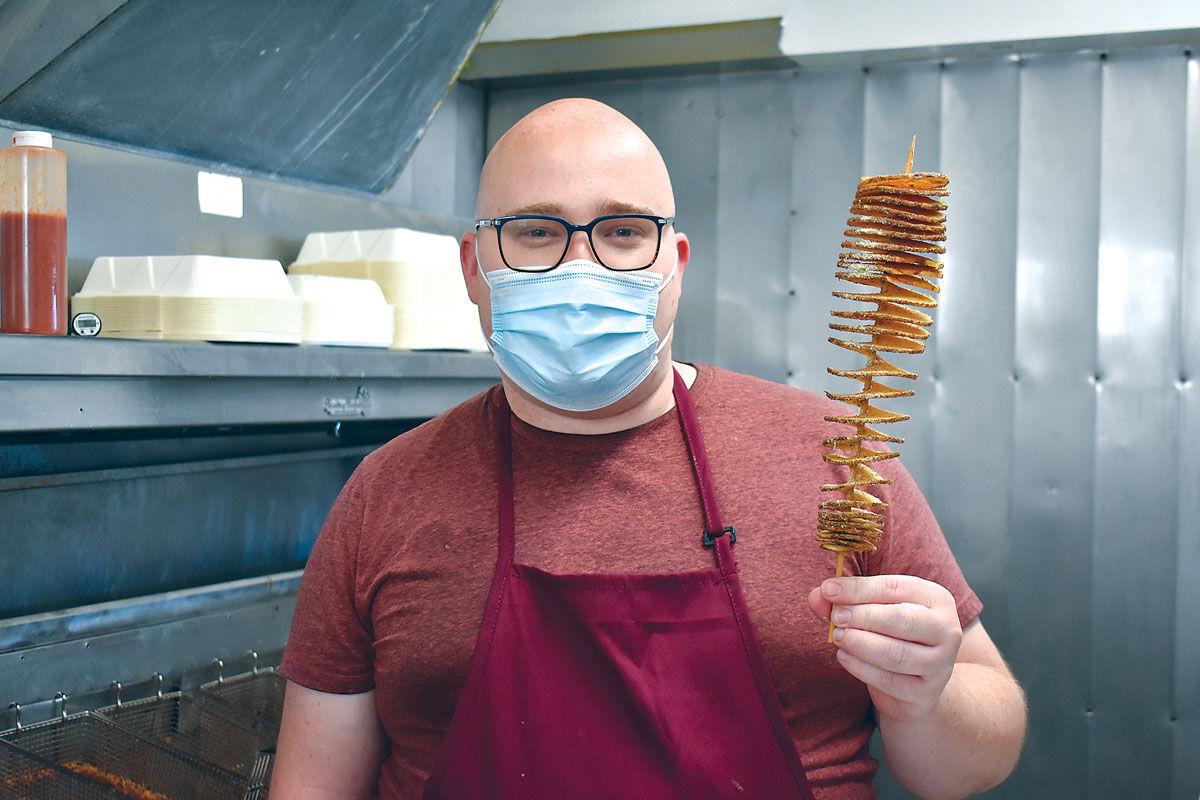 Jimmy Charles, owner and cook at The Sticks, holds up a freshly made tornado potato. 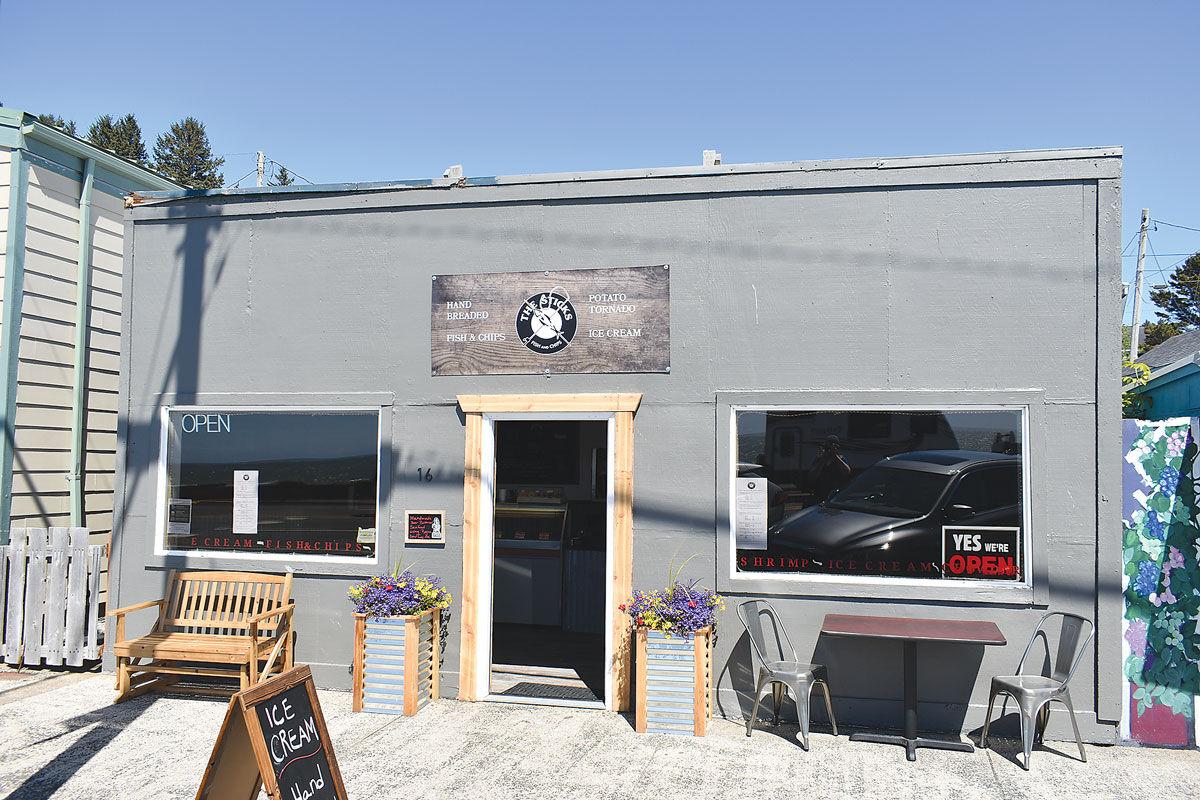 One of The Sticks speciality items, a shrimp po-boy sandwich.

Jimmy Charles, owner and cook at The Sticks, holds up a freshly made tornado potato.

When it comes to coastal comfort food, whether it’s classic fish and chips, a sauce covered shrimp po’ boy sandwich or a “tornado potato,” the newest restaurant on the block in Depoe Bay has you covered.

The Sticks opened early last month at 16 Oregon Coast Highway, nestled among a long line of businesses that stretches through Depoe Bay in the former spot of the Bay Walk Cafe with owner Jimmy Charles staffing the kitchen.

After running the restaurant at his family’s resort in Washington state for the last seven years, Charles said he’s excited to bring his own spin on seafood to the Oregon coast.

“I make all my own stuff. The sauces and breading, I don’t just buy it and have my own special recipes for just about everything. I make my own chowder too,” Charles said.

Ice cream, salads and other seafood items such as calamari are also on the menu.

Charles said he learned to cook while working at his parent’s mountain camping resort in Yakima, Wash, first by helping out at age 14 and eventually taking over running the resort’s restaurant when he was 18. Leaving the seasonal business behind during the winter, Charles often came to Depoe Bay during the last three years to help his parents build their new home.

Since his family recently sold their Washington business, Charles decided it would be a good opportunity to set up shop in Depoe Bay. The former owner of the Bay Walk Cafe recently retired, giving Charles the opportunity to move into the building, which his family also owns.

“I’d been thinking about starting my own restaurant here anyway and when the previous owner retired I decided it was a good opportunity to start up my own business because (my parents) just sold their business so that job was done,” Charles said. “I grew up working in the family business and now the family is here helping me start my own.”

Now home to The Sticks, the interior and exterior of the former Bay Walk Cafe have also been renovated, toning down the former’s vibrant Hawaiian theme to a more rustic aesthetic.

Three weeks after opening, Charles said he’s pleased with the reception he’s gotten so far and said he expects business to really kick off in summer.

“Business has been pretty good so far, though business has been rather weather-dependent,” Charles said. “The people who have come come in so far have said they’ve liked it, and we’ve only gotten good reviews online. You really can’t be too upset about that.”

Moving forward, Charles said his next goal is to add a cabinet to sell bottled beverages at the restaurant, specifically craft beers.

To learn more or see the menu, go to www.thesticksrestaurant.com.