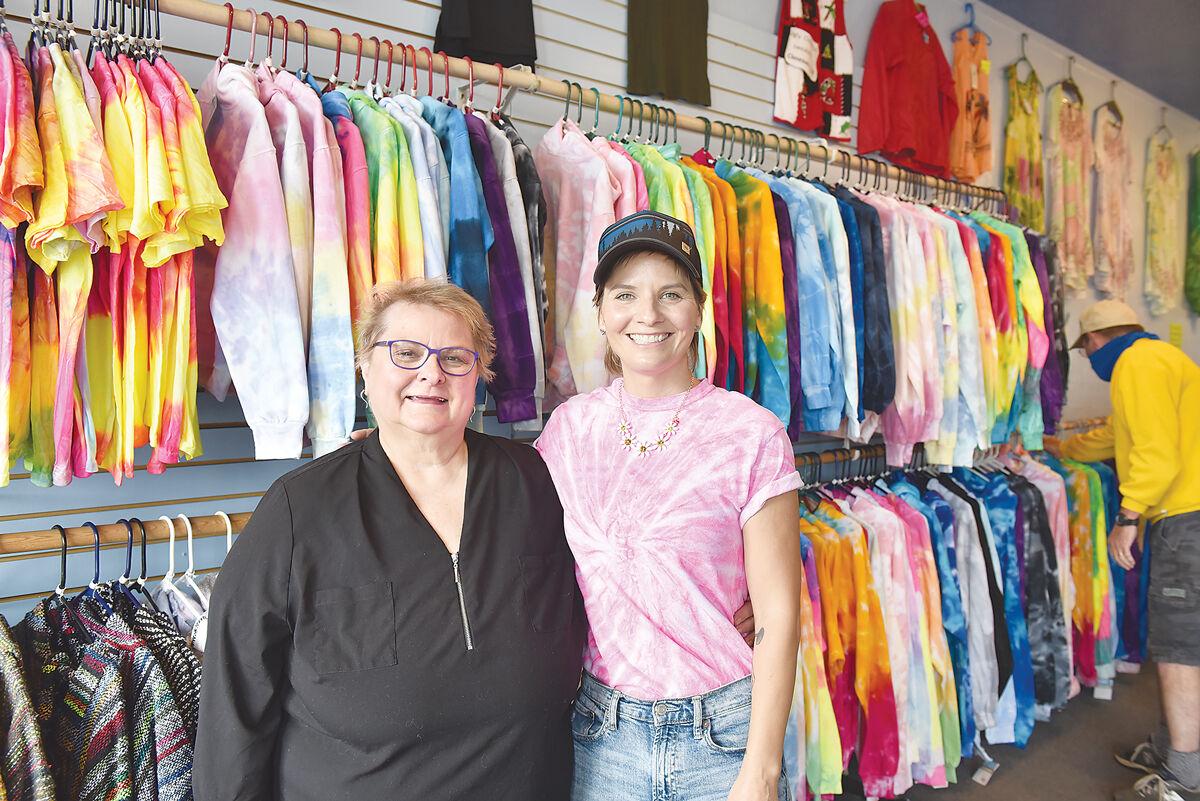 The mother-daughter team of Suzy York and Irene Carey have been business partners for many years at Up Our Alley on the Newport Bayfront. That business will be closing its doors at the end of September. (Photo by Steve Card) 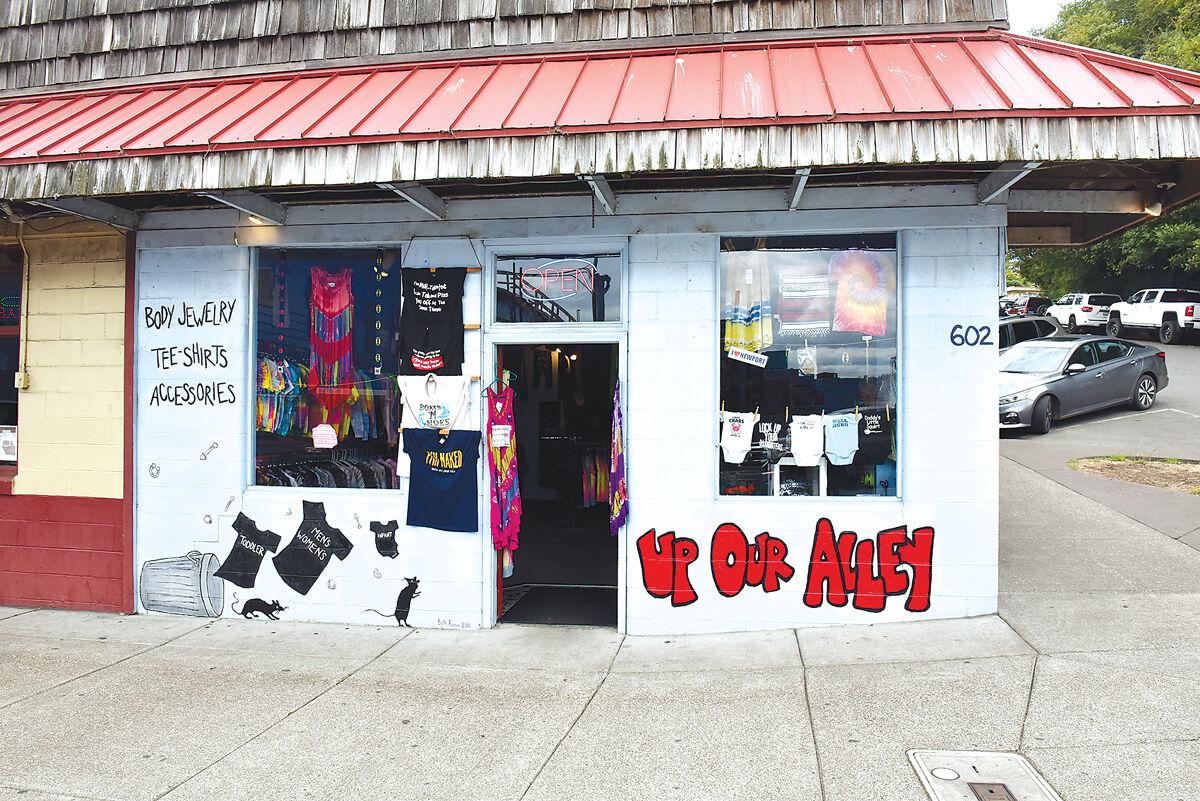 The mother-daughter team of Suzy York and Irene Carey have been business partners for many years at Up Our Alley on the Newport Bayfront. That business will be closing its doors at the end of September. (Photo by Steve Card)

Up Our Alley, a business that has had a presence on the Newport Bayfront for the last 30 years, will be closing its doors at the end of September.

The mother-daughter team of Suzy York and Irene Carey have been partners since they purchased the business in 1997 from Wayne Kigerl and Kathy Larrabee, who started it in 1991 as an open air market. At the beginning, it was literally located in an alley, hence the name.

York and Carey were planning to open their own business when Carey went to work at Up Our Alley in 1997. “By the end of the summer, they (Kigerl and Larrabee) were wanting to sell the business, so we actually purchased it from them in ’97,” Carey said.

The product lines evolved over the years, the two said. At the beginning, “It was a lot of tie-dye, there was imported clothing from Indonesia, candles, incense,” Carey said. “We had toys, tricks and gags, kind of a joke store. We definitely made some changes in the inventory over the years, (but) we kind of stuck to our roots with the imported clothing and the tie-dye.”

York said of those early years, “We had bins and bins, table after table of just little baskets full of stuff. We got rid of a lot of the tables … made it a little more organized. We put up shelving and also pegboard so we could hang up different things so they weren’t just in little baskets everywhere.”

Carey added, “And every year we would go to different gift shows and see new merchandise and kind of cycle out the old to not get too stale with our inventory.”

In 2001, they opened a second store next door, with York running things at the original location and Carey managing the second shop.

And then in 2016, they closed down the original shop. Carey’s husband, Dave, had retired from a career with the Lincoln County Sheriff’s Office, and she joined him in retirement.

“For 18 years, we worked together,” York said, “and when she left, I decided I didn’t want to run two, so I closed down that one and moved over here.”

But now York has decided it’s time for her retirement to begin as well, so she decided to close the business at the end of the summer. Although she knows it’s time, it was a bittersweet decision.

“People are really sad that we’re closing. I’ve actually had people cry — ‘Oh, I grew up here, I got my first tie-dye here, I got my first piercing here,’” York said. “And our employees, we’ve watched them go from being 14 years of age and just figuring it out, to where one girl worked for us for nine summers.”

York figures they’ve had close to 100 employees come and go over the years. “A lot of them came back summer after summer.” But she chuckled as she recalled that not every employee found the job to be to their liking, saying, “Some only lasted two hours.”

Many businesses have struggled, and continue to struggle economically under the COVID pandemic, but Up Our Alley has weathered that environment in fairly good fashion.

“We were closed down for nine weeks (last year) and I actually had one of the best years I’ve had in 10 years probably,” York said. “People came back in full force, and this year has been equally record-setting. In fact, I had the best day we’ve ever had in the history of the Alley this year over spring break.”

But now Up Our Alley is winding down, and much of the store’s inventory has already been sold.

“Everything that I have is on the floor right now. I have no back stock at all — the back room is completely empty,” York said. “Throughout the summer, if it’s something I didn’t think was going to sell, I reduced the price on it.” And likely by mid-September she will offer additional discounts to clear out the remaining merchandise. “The way the inventory is going … I may be out of here before then (Sept. 30). But I might be down here roller-skating or something,” she added with a laugh.

Up Our Alley, located at 602 SW Bay Blvd., is open seven days a week. When asked what the hours are, York replied, “You know, I have never had set hours. I come in the morning, and when it slows down at night, I go home. I’ve been trying to be here by around 10:30, and then usually around 6:30 or 7, on weekends longer.”

Carey said, “It’s kind of the running joke around here for her — open until closed and closed until open.”

York expressed deep appreciation to her loyal customers. “I would like to thank the people of Lincoln County, Newport especially,” she said. “In the lean months when the tourists are all gone, they’re the ones that came back year after year, and we built up a real loyal clientele. I’d like to just thank everybody for supporting us.”