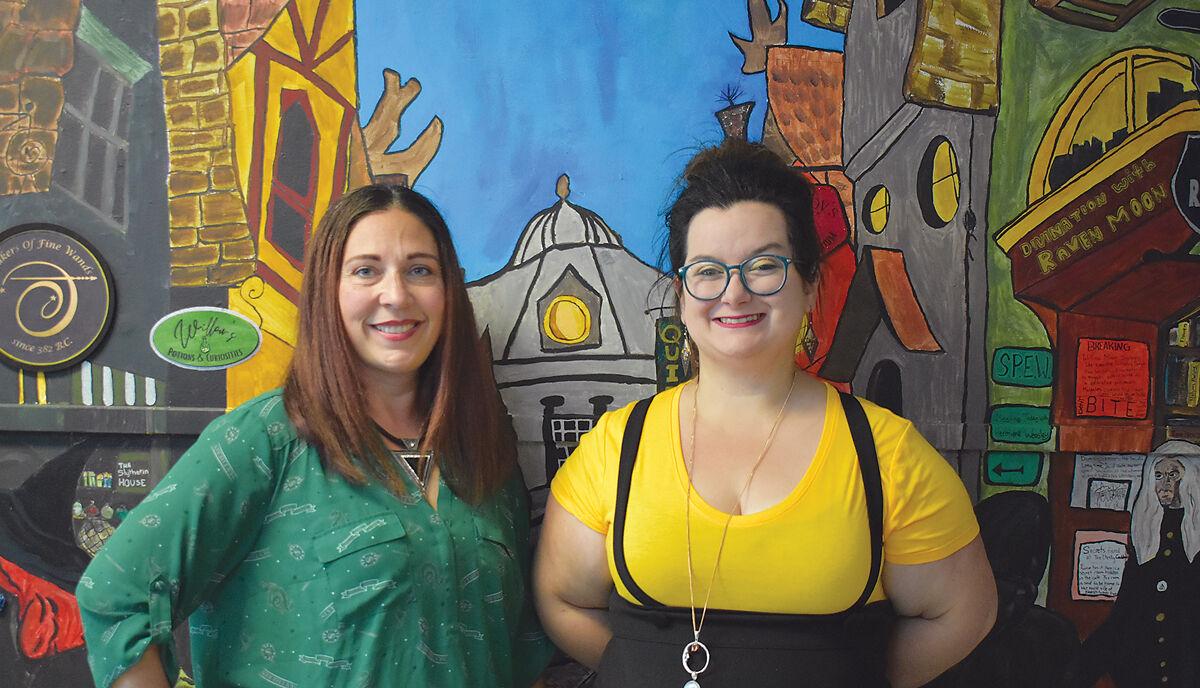 Owner Crystal Aerial and Christina Kell pose in front of a Harry Potter-inspired mural at The Cheek Cauldron, located at 1640 NE Highway 101 in Lincoln City. 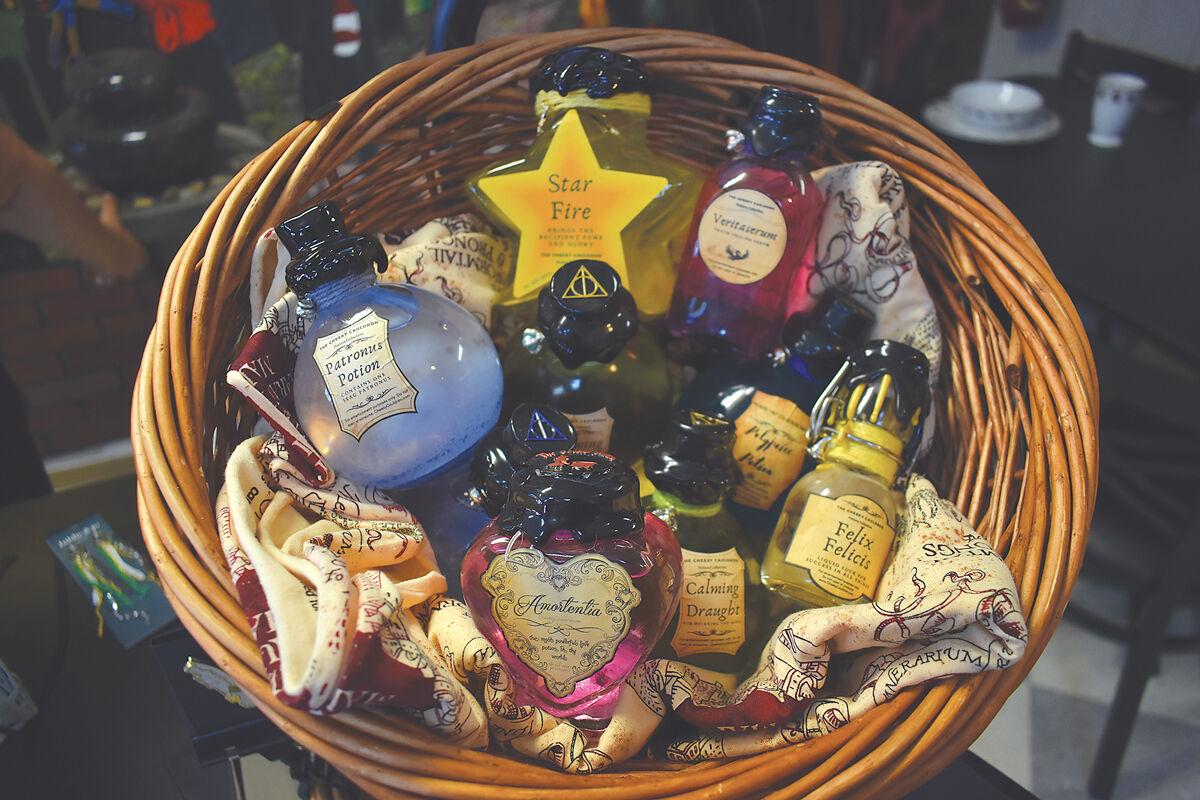 An assortment of decorative potions for sale from The Cheeky Cauldron. 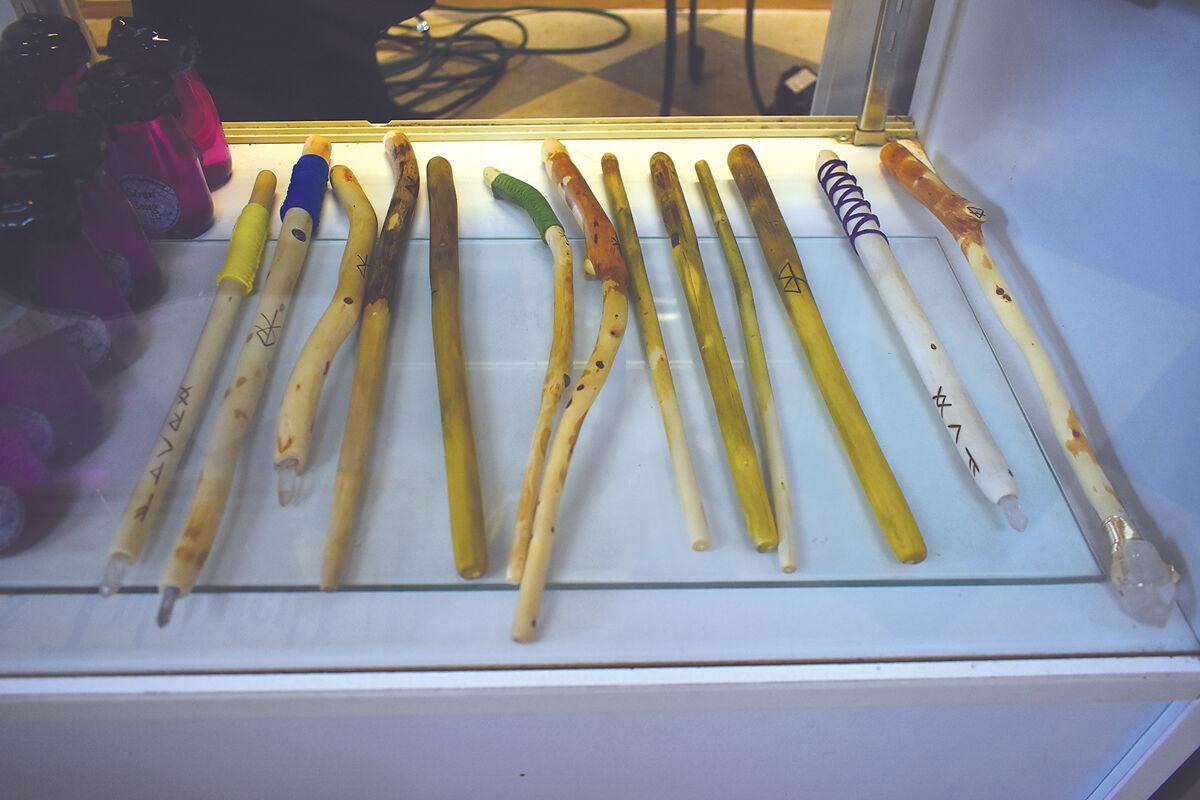 Several homemade wands for sale at The Cheeky Cauldron. 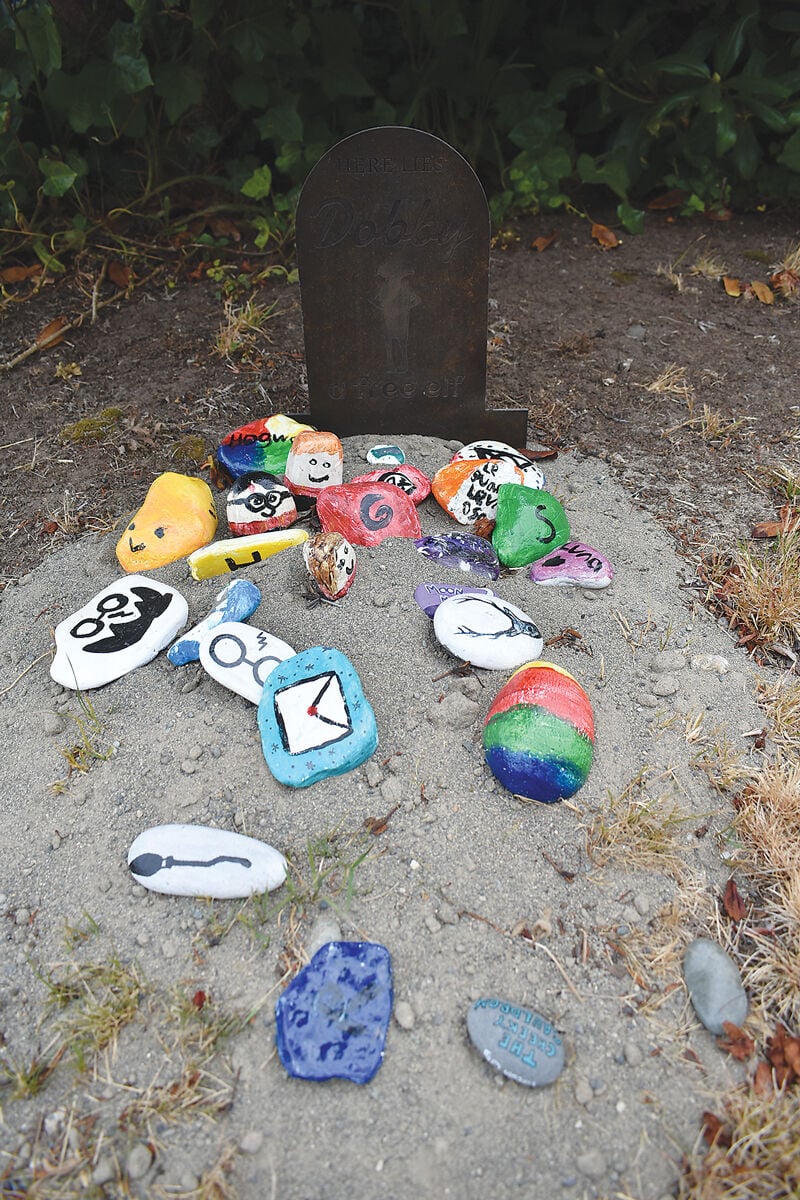 A memorial to a beloved Harry Potter character in the outdoor area behind The Cheeky Cauldron. 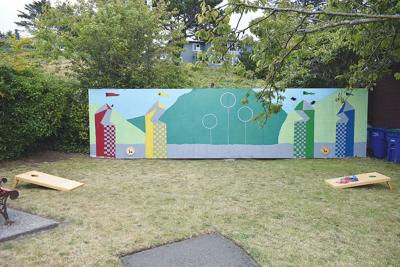 Owner Crystal Aerial and Christina Kell pose in front of a Harry Potter-inspired mural at The Cheek Cauldron, located at 1640 NE Highway 101 in Lincoln City.

An assortment of decorative potions for sale from The Cheeky Cauldron.

Several homemade wands for sale at The Cheeky Cauldron.

A memorial to a beloved Harry Potter character in the outdoor area behind The Cheeky Cauldron.

Hogwarts may be a bit too far to travel by broom from the Oregon coast, but witches, wizards and Harry Potter fans alike can still get a side of magic with their choice of tea, coffee or authentic English fare at one of Lincoln City’s newest eateries following its grand opening last weekend.

The Cheeky Cauldron, a Harry Potter-inspired British tea shop, opened Saturday at 1640 NE Highway 101 in Lincoln City (next to the Bijou Theatre), offering everything from tarot readings and an assortment of mystical souvenirs to traditional British food and high tea service.

Whether you want to reserve the space ahead of time for a birthday party and “sorting ceremony” or stop by for some afternoon tea, the restaurant is available for reservations or walk-in service, as well as delivery via DoorDash, from 10 a.m. to 5 p.m. Thursday through Sunday. High tea, a traditional and formal English tea ceremony, is available for adults and children by reservation only.

“I’ve been an avid Harry Potter fan for 20 years, and I always wanted to have some kind of coffee or tea shop with my mom,” Areal said. “When I met my other partner Christina, we discovered really quickly we were both obsessed with Harry Potter and thought it would be really cool to take the tea shop and theme it around that.”

The menu features traditional British fair, such as shepherd’s pie and sausage roles, and a low-carb keto menu alongside baked goods. The shop also features a “pirate coffee” and artisanal teas, with everything made in-house. Those engrossed with the magical aesthetic can take home a handmade souvenir, whether that’s a handcrafted wand or a swirling potion themed after one of Hogwarts’ famous houses.

“We make a lot of Harry Potter-themed stuff ourselves. They’re basically all prop potions for entertainment purposes, not for drinking, but they’re very awesome decorations,” Areal said. “Some are color changing, some glow in the dark. A lot of people also use them to help narrow divergent people, like those with ADHD or autism, to help calm them. It’s sort of like a fidget spinner.”

Out back, there’s a play area featuring a quidditch-themed bean bag toss, assorted games and memorials to many of the Harry Potter series’ most beloved characters and homages to scenes from the movies.

Areal, a Lincoln City native who returned to the area a year ago, works professionally in IT, but has been a business owner for most of her life and has worked off and on in restaurants, though this will be her first time owning one. The world of Harry Potter has always resonated with her, and she hopes to share her love of the series through an interactive experience.

“Lincoln City has a lot of amazing people in it, but nothing like this. There’s no interactive experiences or anything with magic here or on the Oregon coast. The closest place you’d find something like this might be L.A.,” Areal said.

“The reason we’re doing this is because Harry Potter isn’t really just a movie or a book series to a lot of people, it’s a story about someone who was bullied all their life, never loved or cared for and by all rights should have had the most miserable life ever, but instead overcame and became the hero of his own story,” Areal continued. “We want that to be a place here, somewhere where anyone can come and fit in and feel loved and be a hero.”

To learn more about The Cheeky Cauldron or book a reservation, go to cheekycauldron.com or the restaurant’s official Facebook page.