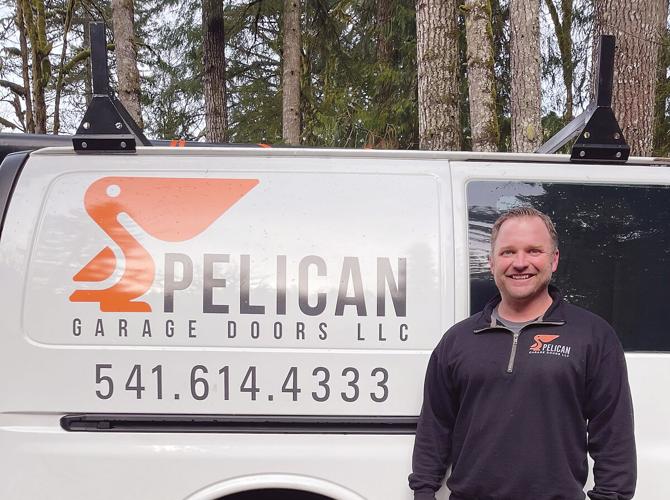 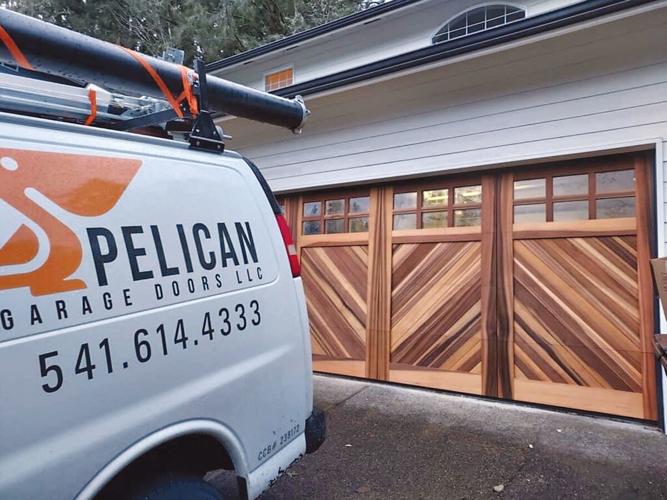 Pelican Garage Doors recently opened in Lincoln City and serves the central coast of Oregon from Tillamook to Newport.

Pelican Garage Doors recently opened in Lincoln City and serves the central coast of Oregon from Tillamook to Newport.

Pelican Garage Doors, owned by Derek and Lisa Jacobson, also provides garage door maintenance and tune-ups, which can prevent issues before they arise. “Replacing garage door motors and springs are a large part of what we do,” Derek Jacobson said.

The business has been run out of the couple’s home since opening in December, but Jacobson said the plan is to continue to have steady growth and eventually move it to a brick and mortar in Lincoln City.

Jacobson said he and his wife previously lived in central Oregon but vacationed in Lincoln City. He has worked in sales most of his career, most recently for a garage door company. When they started floating the idea of moving to the coast permanently, they began thinking entrepreneurially.

“We kept hearing that there was a dire need in the community for a reliable contractor. We got feedback from all over that many contractors don’t answer their phones or show up on time. That is the exact opposite of how we want to run our business,” Jacobson said.

Answering calls and calling back missed calls are not the only advantages of Pelican Garage Doors, according to Jacobson. “Although I try to stay away from clichés, we will always strive to have a good reputation and provide good service.”

Pelican Garage Doors services the central Oregon coast from Newport to Tillamook, including the towns of Lincoln City, Otis, Neskowin, Depoe Bay, Cloverdale and surrounding areas. Go to the company website at www.pelicangaragedoors.com to request information or a free quote. Or call 541-614-4333 to schedule an appointment.