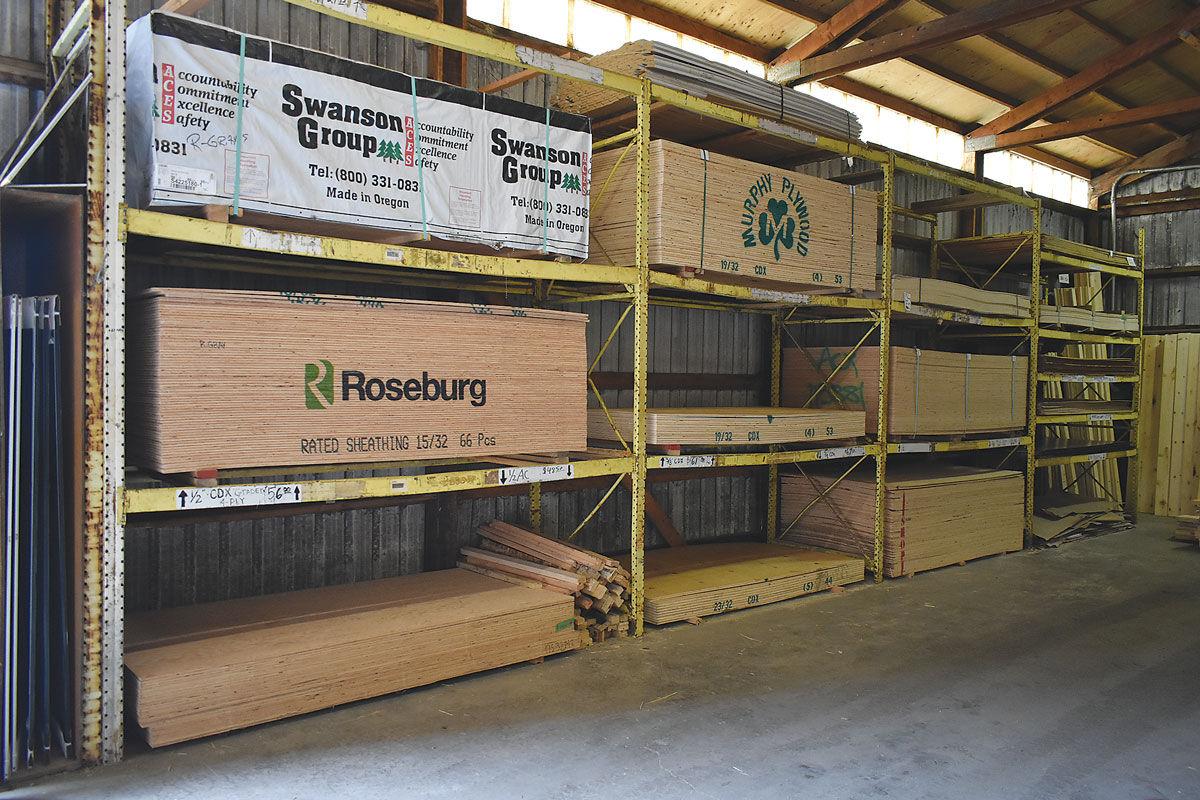 The price of a sheet of plywood at R. Gray＊s Bargain Yard in South Beach has more than tripled in the past year, some going from a low of $17.50 to $59. (Photos by Mathew Brock) 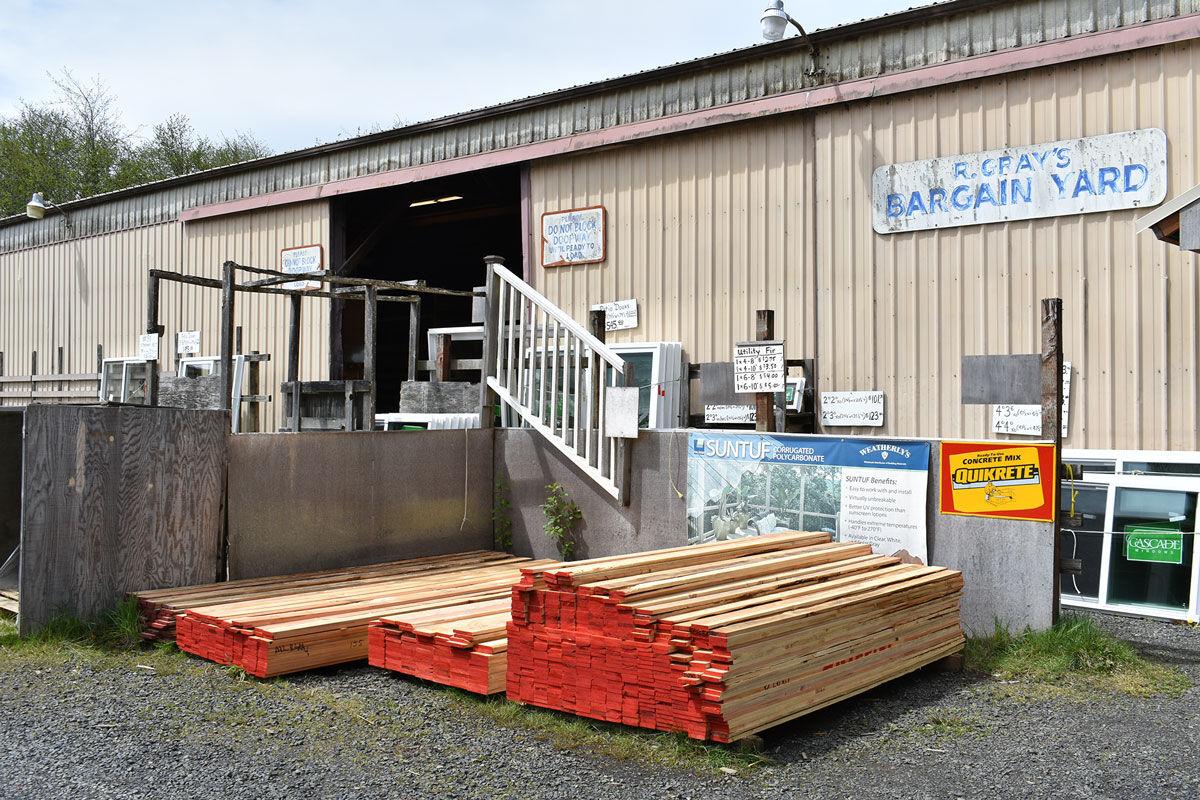 The price of a sheet of plywood at R. Gray＊s Bargain Yard in South Beach has more than tripled in the past year, some going from a low of $17.50 to $59. (Photos by Mathew Brock)

Lumber prices, locally and nationally, have soared recently, with many Lincoln County residents and business owners feeling the strain. Some are working to rebuild homes after the Echo Mountain Complex fire, and others simply seek to keep operating their businesses without being overwhelmed by new costs.

Construction companies and lumber distributers in Lincoln County reported lumber prices have risen dramatically over the last five months, and most types of lumber used for construction now cost more than three times as much as they did last year.

“About the middle of the year is when the price started going up,” said Gray’s owner Bill Welke. “It started skyrocketing at the end of the year, and it just hasn’t stopped since.”

According to data published by the National Home Builders Association (NHBA), one of the largest trade associations in the country, lumber prices have gone up 250 percent on average since last spring, varying slightly depending on location and the type of lumber. This spike has reportedly added more than $24,000 to the price of the average newly built single-family home.

The spike in price is a combination of several factors, according to a release by the American Wood Council, a trade association representing 75 present of American wood manufacturers. Lumber prices were already on an upward trend the year before the pandemic because of a notable increase in demand for new single-family homes across the country.

When COVID hit, costs began rising drastically due to disruptions in the supply chain, coupled with extra demand created by a boom in do-it-yourself projects and home renovations started during the pandemic.

Many mills had to shut down for a time at the start of the pandemic, and the logging industry was already experiencing a labor shortage the last few years, which only worsened during the pandemic. Lack of transportation of raw materials is also a factor. These issues combined to make meeting increased demand difficult, and it has driven the price of lumber up.

The NHBA and groups like it have referred to the price spike as an economic crisis, and in a letter to the U.S. Department of Commerce sent on March 12, NHBA petitioned the federal government to intervene.

“Home builders and construction firms that have signed fixed-price contracts are forced to absorb these crippling increases in materials prices and costly delays in deliveries; there is a significant risk that many of these firms will be forced out of business,” the NHBA letter reads. “To the extent they are able to pass on their two additional costs, both single and multifamily housing becomes less affordable. Other projects will no longer be economically viable, which undercuts the availability of new housing supply and further jeopardizes affordability.”

The NHBA reports that the home construction industry is one of the largest in the country, employing around 2,900 people per 1,000 homes built. According to a joint report by the U.S. Census Bureau, U.S. Department of Housing and Urban Development issued April 16, as of March, there were 1.74 million new home projects started in the last year.

Local construction companies have felt the impact of the lumber price spike firsthand, reporting that the bulk of the increased costs has shifted directly onto them and their customers.

“We’re being price-gouged here up to 400 percent it feels like. It’s all coming down to working people and homeowners who are paying for it,” a spokesperson for CIV General Contracting said. “We’re labor-based and don’t mark up material, so we’re always looking for the best price for the homeowner, but its been fluctuating so much recently. It wasn’t uncommon to change maybe $2 to $3, but now it’s fluctuating around $20 to $30 at a time.”

Lincoln County also has a high demand for construction right now, with many individuals rebuilding from the total loss of their homes last September due to the Echo Mountain Complex fire.

“It’s a trickle down effect that everyone’s feeling,” said Marc Brooks of Cascade Relief Team, a nonprofit organization that has been assisting with fire recovery efforts around the state. “Even stuff that before you could buy in a little bundle as scrap is selling for four times as much, like high-dollar wood.”

Brooks said that from what he’s seen, material costs have gone up at least 10 to 15 percent for wood-framed homes he’s helped work on, and the costs also spill over into smaller projects, like shed or fences.

“Our teams, through churches and such, are really finding that their budgets aren’t going as far as expected now that wood is maybe four times as much,” Brooks said.