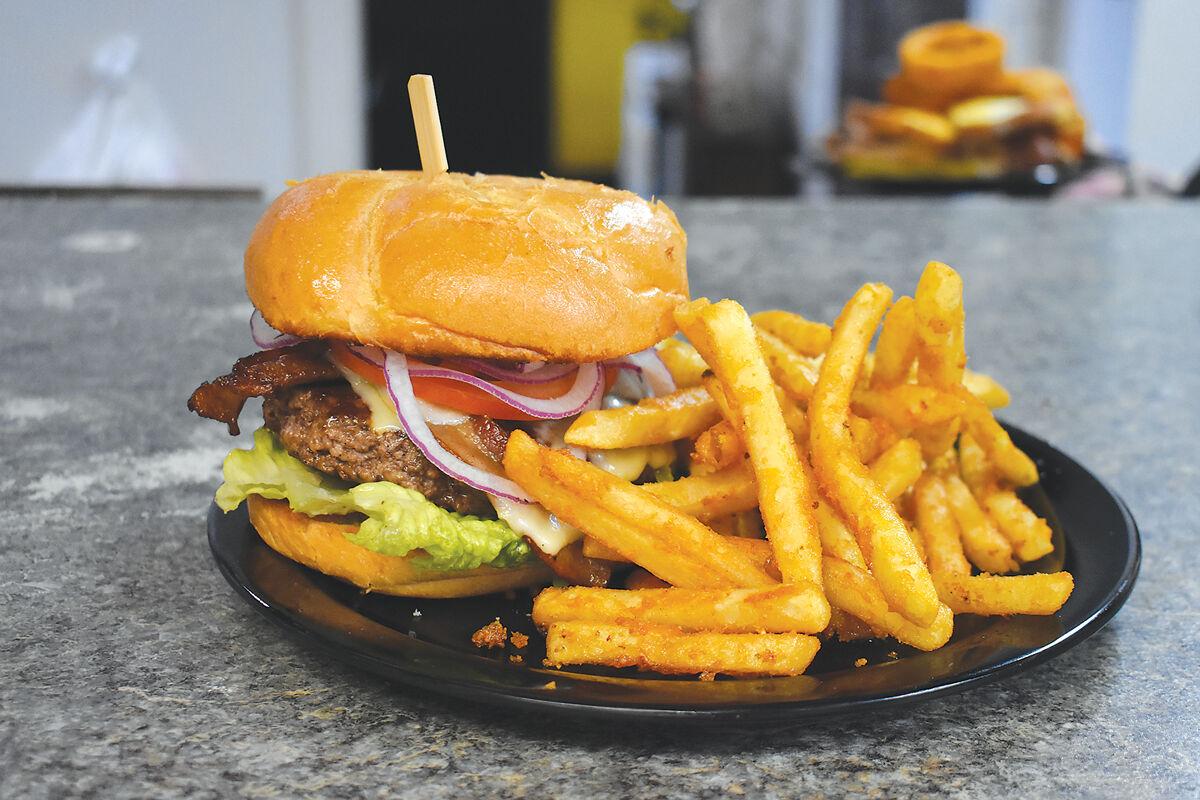 A cheeseburger with a side of fries served up by Tastebuds Bistro. 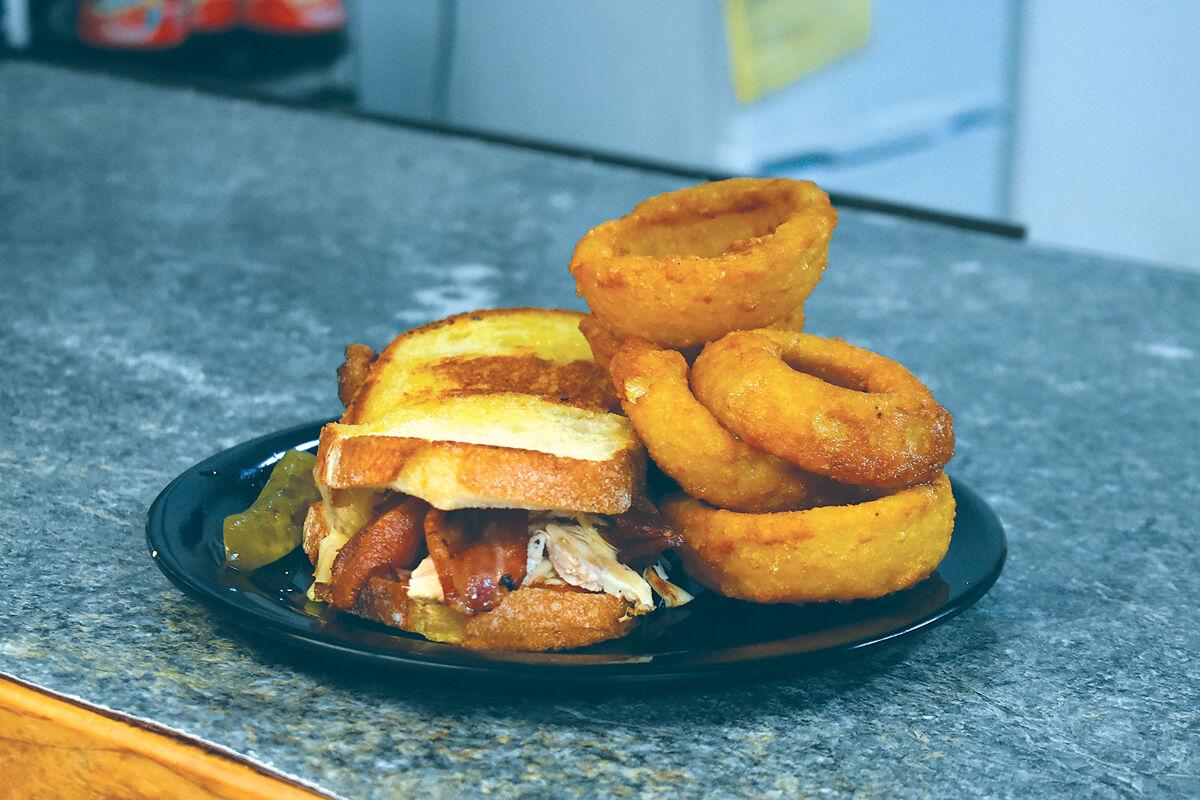 A bacon-turkey sandwich with a side of onion rings served up by Tastebuds Bistro. 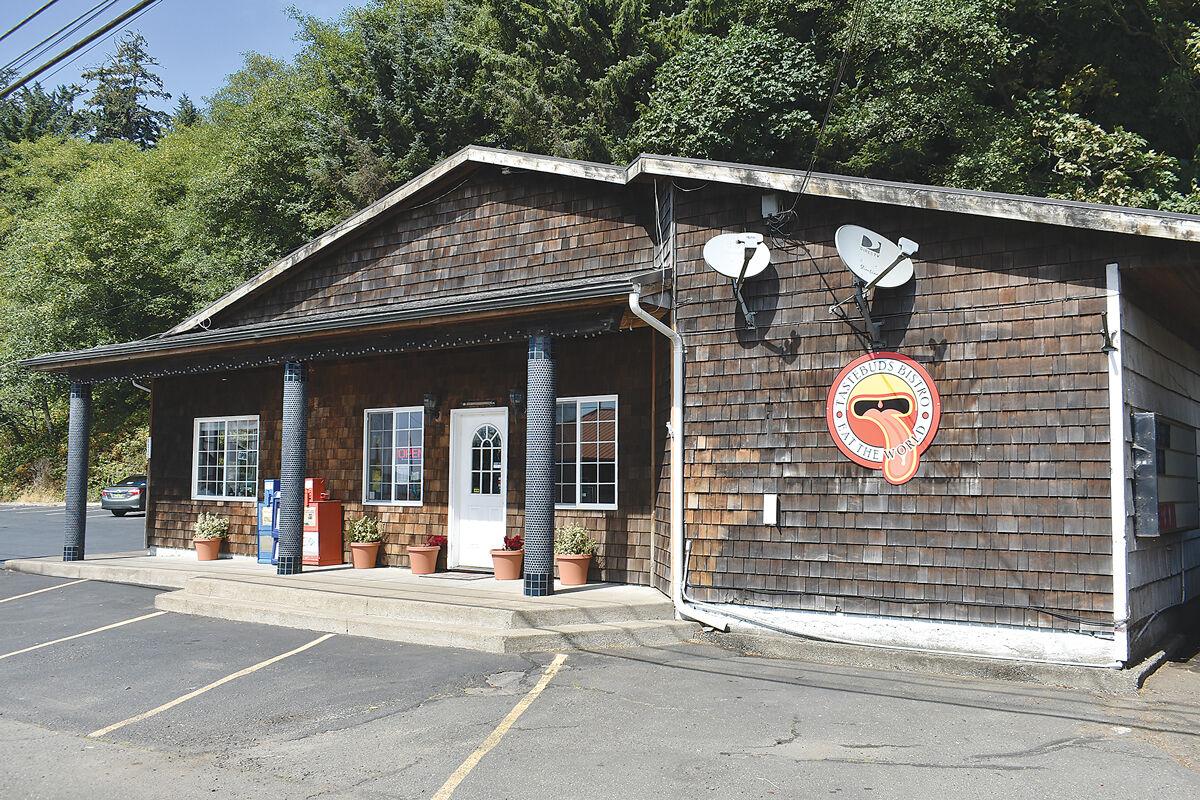 Jenny and Gene Touges own and operate Tastebuds Bistro in Lincoln City. (Photos by Mathew Brock)

A cheeseburger with a side of fries served up by Tastebuds Bistro.

A bacon-turkey sandwich with a side of onion rings served up by Tastebuds Bistro.

One of the first stops as you enter Lincoln City from the south, Tastebuds Bistro offers a full range of classic breakfast, lunch and dinner options with unique flavor and a welcoming dine-in first atmosphere that might be hard to find these days.

In the former location of the Corner Cafe, Tastebuds opened at 6042 SE Highway 101 in June, serving up burgers, breakfast, seafood and more to hungry customers in the three months since.

The family-friendly restaurant is owned and operated by Gene and Jenny Touges and is the culmination of Gene’s 44 years working in restaurants.

“I’ve been doing this for 44 years. I started out in New York, working in the Greek restaurants as a dishwasher at 15,” Gene said. “They then taught me to cook, roasting turkeys and peeling hot potatoes until my hands turned red.

“Then I went to Arizona, worked in fast food for awhile, then inland in Oregon in Bend and Redmond before I came to the coast to learn to do seafood and steaks and all that,” Gene continued. “I hitchhiked for 23 years and traveled the whole country. I’ve been to each of the 48 states, as well as Canada and Mexico. I cooked everywhere I went to survive until I met my wife at 36, had a baby and finally settled down here on the coast.”

Prior to opening Tastebuds, Gene had planned to open a food truck, but found the idea too limiting under the pandemic. Instead, he’s put the food truck up for sale and began leasing his current location from his former employers to open his own restaurant for the first time.

“I’m a bit of a late starter, opening my first restaurant at 58, but you know Colonel Sanders opened his first chicken stand at 65 years old, and he got to see the whole world,” Gene said.

Having worked at several local restaurants in recent years, including Tide Pool Pub and the Corner Cafe, Gene hopes to offer a menu with familiar foods with his own unique flare. That includes spicy burgers, in-house sides and eventually seafood and prime rib.

“We have a lot of hot and spicy foods because a lot of people don’t have that here,” Gene said. “A lot of people don’t think it will sell, but I sell jalapeños, habaneros, Cajun seasoning all day long. I wouldn’t sell anyone something I wouldn’t eat myself, and I pride myself in offering things other people might not have. Just the other day I made a chorizo burger with just whatever I thought might be good on it, and it was great, so now its on the menu. It’s spicy, sweet, salty, hot — it’s got everything, and it’s good.”

Jenny said the two have also worked hard to make the location as welcoming to all patrons as possible, with a kid-friendly menu and special options for those with food allergies.

“We had a man stop by once who was diabetic, but as someone who does keto, I know how to eat sugar free and made sure we have four kinds of jelly stocked that are sugar free, just to make sure people like him are taken care of,” Jenny said. “We also make sure seafood and peanuts are cooked in a separate pan. People like that shouldn’t ever have to go without. It’s not like anyone chooses to have a health issue or an allergy.”

Spicy food lovers will also be at home, with 12 different hot sauces available.

Like many other restaurants, Gene hasn’t been able to find the necessary staff to run the restaurant at full capacity, forcing him to make the tough call of forgoing take-out orders and DoorDash service for now in lieu of making sure walk-in customers are taken care, as well as limiting the more intensive menu items like seafood and prime rib.

When he can finally find the staff, Gene wants to create a framework to train them to run their own businesses someday and offer his trademark to help them open their own restaurant. When that goal comes to fruition, he’s hoping to see new Tastebuds restaurants open across Oregon.

“I expected to open a restaurant, to have employees and not even have be on the line anymore. That was my original goal, to get off my feet and run things, but I’m still doing it all. I’m my own employee,” Gene said. “Still, my goal is within the next year to have another of these open and then in the next five years have three to four open. I want to train cooks to run their own business and cook their food the way they want to. A lot of times you can’t do that working at a restaurant because you’ve got to follow other people’s recipes, but I learned it all in a year in a half, and I think they can too.”

Tastebuds is currently open from 8 a.m. to 8 p.m. daily, except on Wednesdays when they close at 2 p.m. To learn more about Tastebuds or to check out its menu, go to www.Tastebudsbistro.com