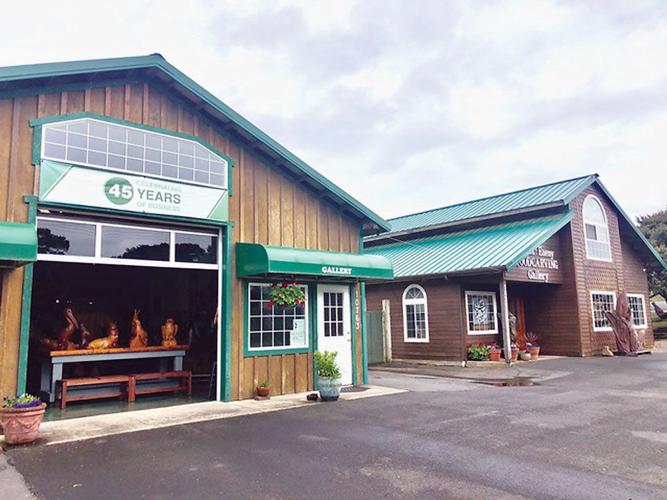 Seal Rock is home to several art galleries that are owned or co-operated by a working artist. Brian McEneny, of Brian McEneny Woodcarving Gallery, describes Seal Rock as “a great place to be an artist.” 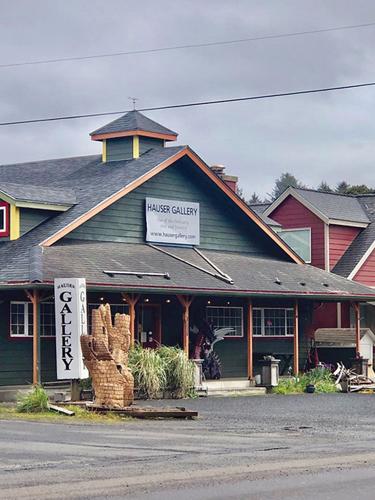 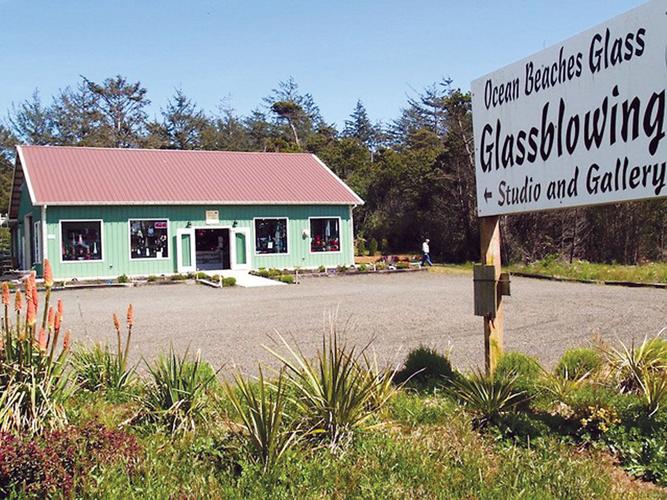 Seal Rock is home to several art galleries that are owned or co-operated by a working artist. Brian McEneny, of Brian McEneny Woodcarving Gallery, describes Seal Rock as “a great place to be an artist.”

SEAL ROCK — Art galleries are located up and down the Oregon coast. Seal Rock has four. That’s quite a few for a tiny unincorporated beach community. What makes the art galleries in Seal Rock different from most is that each gallery is owned or co-operated by a working artist.

Entering Seal Rock from the north, the first gallery you’ll see is Ocean Beaches Glassblowing and Gallery. Bob and Vicki Meyer opened Ocean Beaches as a small glass studio in 2005, and it has grown into a full scale gallery.

I recently had the privilege to see Bob at work. He is an extremely gifted artist, and the process of glassblowing was fast, fluid and fun to watch. A viewing area is open to the public, where Bob demonstrates his artistry. The focus of the gallery has always has been blown glass, but it also features an array of fused glass, torch glass and stained glass crafted by more than 50 artists.

Next, you’ll find the chainsaw carvings of Karl Kowalski. In Karl’s showroom, you’ll find a large variety of bears — all sizes and shapes. Over the years, Karl has carved thousands of bears while producing work with exacting consistency typically not found in a creative process. Karl is the son of Ray Kowalski, who was a prolific carver from the early 1970s to 2000. Some of Ray’s cartoon-like caricatures reside in the Ronald Reagan Presidential Library and Museum. Ray was one of the co-founders of “Sea Gulch,” a woodcarving theme park popular in the ’80s. Karl’s gallery/workshop is located at the old Sea Gulch site.

Directly south are the Boardwalk Shops that house tables made of driftwood and roots in the McEneny Table Gallery. Right next door are two buildings that comprise the Brian McEneny Woodcarving Gallery. Brian has been carving in Seal Rock for nearly 50 years and established his present day gallery in 1989. The big building houses all Brian’s large driftwood, root and burl sea life and abstract carvings. The second building displays smaller pieces by Brian and features the woodwork of several other artists.

“To spice things up, we will also be serving wine,” Brian explained. Brian and Sue’s son and daughter-in-law, Casey and Tiffany, will be opening a wine tasting area in the front of the large building, featuring all Oregon wines. “It will have the feeling of an art opening, and the longer you stay, the better everything looks, just like being in a singles bar,” he said.

The fourth gallery in Seal Rock is the Hauser Gallery. That gallery opened in the 1970s and is the namesake of masterful woodcarver Gary Hauser.

Gary’s sense of humor, respect for north coast native arts and nature were major influences in his work. His ability to simplify and stylize elements in his art was unique. Today, his wife, Rose, continues Gary’s legacy and operates the gallery with the help of Lewis Meyers Jr.

Lewis is an artisan who designs and builds one-of-a-kind exquisite furniture. The gallery also features handmade jewelry and displays gemstones, wall art and woodcarvings from local artists. There is a large eclectic collection of wood sculptures from Asia and India.

The art in Seal Rock isn’t confined to Highway 101. There are numerous artists in and around this small coastal community. This area is a good place to be an artist.

Brian McEneny is the owner/artist of Brian McEneny Woodcarving Gallery, one of the largest displays of refined chainsaw sculpture and tables on the Oregon coast. The gallery consists of two main buildings with more than 6,000 square fee of space, which includes a working studio with finish and carving areas and three showrooms for large and small sculptures.