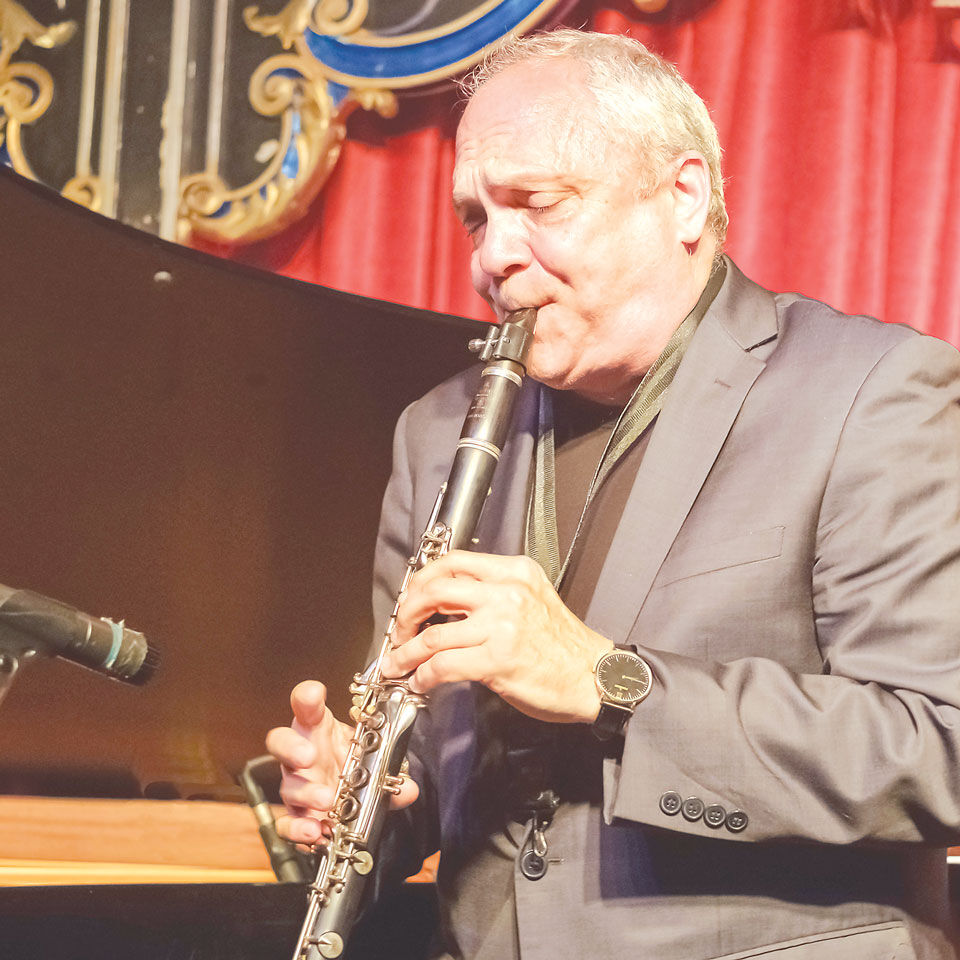 Ken Peplowski will be playing both clarinet and tenor sax, as well as serving as MC, during the Oregon Coast Jazz Party at the Newport Performing Arts Center on Oct. 1 and 2. For more information, call 541-265-ARTS (2787) or visit coastarts.org. 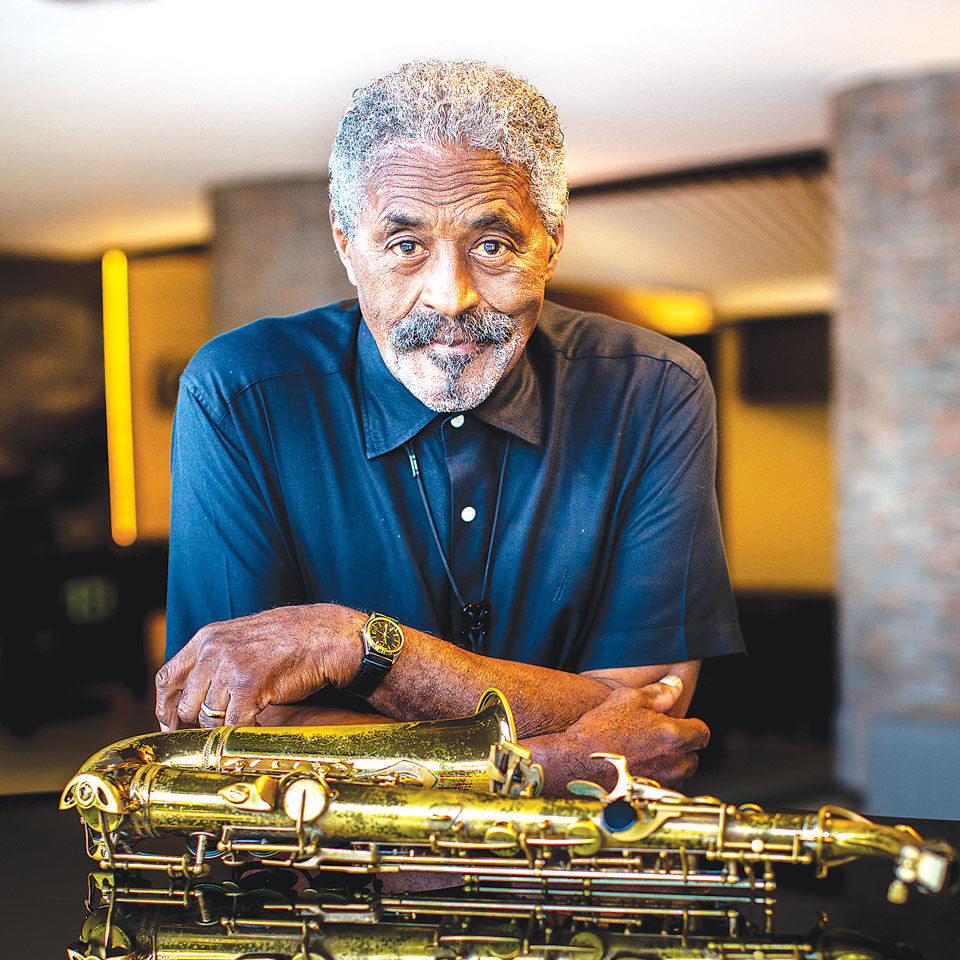 Legendary jazz musician Charles McPherson will take the stage on Saturday, Oct. 2, at the Oregon Coast Jazz Party in Newport.

Ken Peplowski will be playing both clarinet and tenor sax, as well as serving as MC, during the Oregon Coast Jazz Party at the Newport Performing Arts Center on Oct. 1 and 2. For more information, call 541-265-ARTS (2787) or visit coastarts.org.

Legendary jazz musician Charles McPherson will take the stage on Saturday, Oct. 2, at the Oregon Coast Jazz Party in Newport.

Ken Peplowski says the Oregon Coast Jazz Party at the Newport Performing Arts Center (PAC) is just the place to bring joy to people’s faces once again in the wake of the COVID-19 pandemic.

“Sometimes people forget how special it is to sit in a room with other people and experience a live performance,” said Peplowski, who is music director, performer and master of ceremonies (MC) of the Jazz Party. “It’s a great way to re-enter doing that again.”

The Oregon Coast Jazz Party is presented by Oregon Coast Council for the Arts (OCCA) at the Alice Silverman Theatre of the PAC on Oct. 1 and 2.

OCCA Executive Director Jason Holland said a jazz party is not just a phrase — it describes a specific format and is directly related to having a music director who knows his performers. And that’s the role Peplowski plays.

“A jazz party is a lot looser and more fun, and has an element of never knowing what is going to happen next,” Peplowski said. “As MC, I love to work off the audience. I sometimes put individual musicians together for the first time, and there’s a constant changing around on the bandstand, with lots of variety.

“Even for someone not familiar with jazz, this is a perfect way to get into the music and is very audience friendly,” he added. “The music is all based on old standards that even young people will know.”

There’s a sense of walking the high wire, he added, saying, “We don’t really rehearse much. No two sets will be alike over the weekend.”

He also lets the musicians select the songs they’re going to play. “Most of the people I’ve hired all know hundreds of songs, so it’s not hard to find common ground,” he said. “They have the freedom to play what they want.”

The party format can be compared to a sports game — the MC puts in different players at different times. “The word ‘party’ relates to how the program is presented to the audience,” Peplowski said. “What’s exciting is you don’t know what you’re going to get when I move people around. The audience hears different configurations of musicians each time.”

Peplowski will be playing both clarinet and tenor sax as well as serving as MC, saying, “You can’t keep me off the stage.” He has been called ”the greatest living jazz clarinetist,” one of the finest jazz instrumentalists of today and “the living Benny Goodman.”

He noted two legendary jazz musicians will be on stage this year — Houston Person on tenor sax performs Friday, Oct. 1 only, and Charles McPherson on alto sax is on stage Saturday, Oct. 2 only.

New this year and starting a half hour before showtime, Peplowski will bring out one or two of the musicians for a brief interview, so the audience can get to know them.

“A lot of times when I go to jazz concerts and clubs I see how jazz can be boring,” Peplowski said. “The musicians are so serious that they’re not communicating with the audience. I choose musicians who are great but who also are able to reach across to the audience. The variety keeps people interested, and they can find something they like.”

According to a history compiled by OCCA, the origins of the Oregon Coast Jazz Party date back to 1978, when the Jazz Society of Oregon sponsored the first Otter Crest Jazz Weekend at the Inn at Otter Crest, in jazz party format.

After 17 years of Otter Crest Jazz Weekends, Geno Michaels produced Jazz on the Water from 1997 to 1999 at the Newport Marina. In 2003, OCCA began “Jazz At Newport,” with “Jazz Fridays” concerts leading up to the event. Holly Hofmann became music advisor in 2006 and resumed the jazz party format, and in 2008 became music director.

Peplowski has a long history with the Oregon Coast Jazz Party. He has been a performer at the event for many years and is in his second year as music director; he co-led the party with Hofmann for his first year.

Peplowski lives in New York City but is quite familiar with Oregon; he led the Oregon Festival of American Music in Eugene for almost a decade and performed for the past few years, including last week, with the Siletz Bay Music Festival. That venue gives him the opportunity to play classical clarinet as well as jazz, he said, adding, “They do a wonderful pops concert with the full orchestra.”

Musicians are like an extended family, he noted, and cited jazz pianist Dick Hyman as an example. “When I first moved to New York City, he was a big help to me,” he said. “We love to play together. He told me I really needed to be at the festival in Lincoln City, and if he said I needed to be there, I had to believe him. That gave me the chance to play challenging chamber pieces that were a little outside my comfort zone. I also took over the reins of the festival in Eugene from him.”

The Newport jazz party was canceled last year because of the pandemic, and Peplowski said there’s no question COVID has had a major impact on live performances. “I spent June through August at home as all my European performance dates fell through,” he said.

To keep involved, he began offering “In the Moment,” a streaming show of old standards, on Thursdays at 4:30 p.m. (Pacific time) on Facebook. “That has kept me going — it’s the way a lot of musicians have survived,” he said. “But even now, every gig has a tentative air about it.

He reflected that music is all he’s ever done. “I had my first paying gig in Cleveland when I was 11 years old and playing with a Polish polka band, the Harmony Kings, with my older brother on trumpet,” he said. Even then I knew that was what I wanted to do for a living. I started with clarinet, then added the sax.”

The Oregon Coast Jazz Party opens Friday, Oct. 1, with a session at 7 p.m. and pre-show talk at 6:30 p.m. It presents the Houston Person Quartet, as well as all the artists in feature spots.

Session 2 is at 2 p.m. Saturday, Oct. 2, with a pre-show talk at 1:30 p.m. and offers what Peplowski calls a “musical potpourri” ranging from solos and duos to a jam session with everyone included.

The party concludes with Session 3 on Saturday, Oct. 2, at 7 p.m., with a pre-show talk at 6:30 p.m., featuring Charles McPherson and his quartet as well as “lots of surprises.”

Each session contains three sets of varying lengths, “depending on what is playing and who is jamming,” Peplowski said. “The appeal is to come and see what happens when you mix the ‘ingredients’ on stage — that’s the jazz party format.”

Everyone in attendance must be fully vaccinated. Those unable to be fully vaccinated, including children under age 12, must have proof of a negative COVID-19 PCR test taken no more than 72 hours prior to the start time of the performance. This is required as a condition of entry.

In addition, per city of Newport and state mandates, face masks are required of everyone while inside the building, regardless of vaccination status, except while “actively” eating or drinking in designated areas.

Holland said the COVID regulations are OCCA policy, and noted that OCCA staff and volunteers will check vaccination cards and face masks. “So far, we’ve gotten a very positive response and appreciation from our patrons,” he said. “We’re following all the reasonable recommendations and all state and city mandates to keep the music and the arts alive.”

“I know it’s a weird time, but even with vaccination and mask mandates, when you play live gigs you can see the look of joy on the audience’s faces,” Peplowski said. “I encourage people to go to all of the shows, as there’s going to be something special in all of them.”