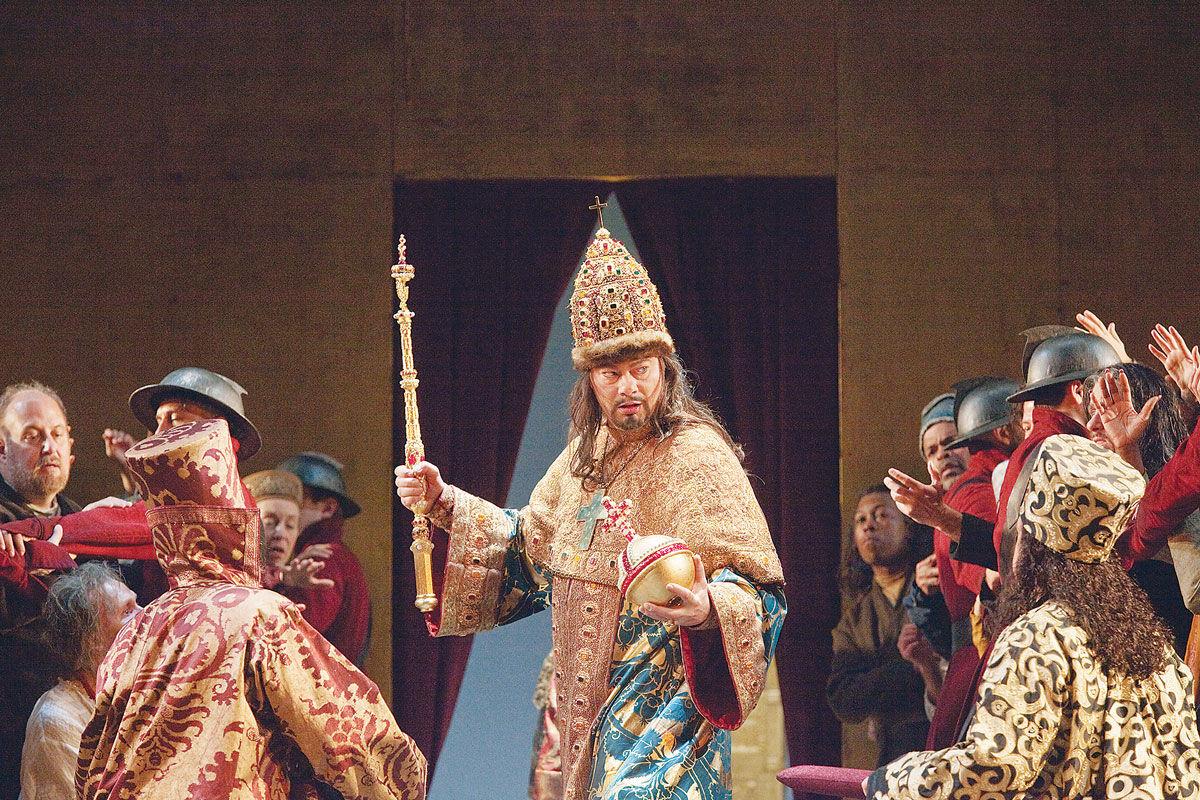 Metropolitan Opera “Live in HD” opens Oct. 16 at the Newport Performing Arts Center with “Boris Godunov,” the tale of a tortured tsar caught between ambition and paranoia. 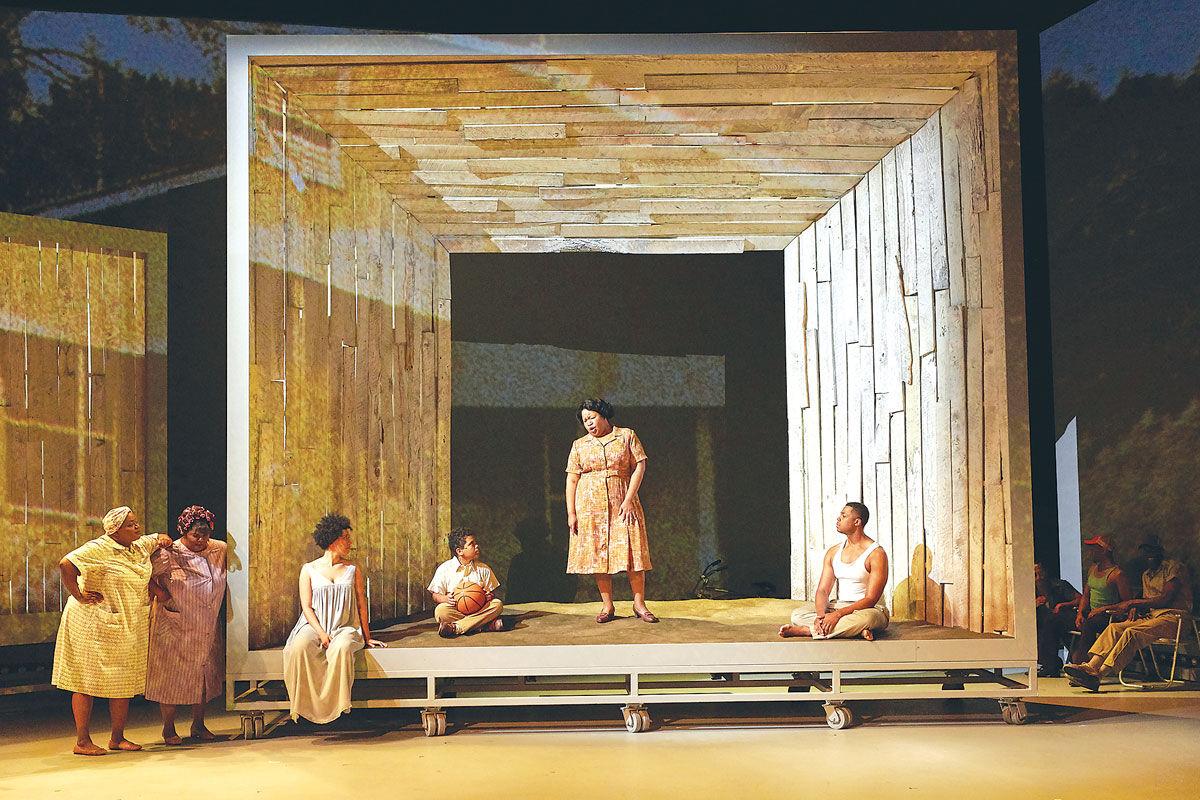 Terence Blanchard’s “Fire Shut Up in My Bones” will be shown on Oct. 23, the second installment in a 10-opera series presented by Oregon Coast Council for the Arts.

Metropolitan Opera “Live in HD” opens Oct. 16 at the Newport Performing Arts Center with “Boris Godunov,” the tale of a tortured tsar caught between ambition and paranoia.

Terence Blanchard’s “Fire Shut Up in My Bones” will be shown on Oct. 23, the second installment in a 10-opera series presented by Oregon Coast Council for the Arts.

A trip to the big city isn’t the only way to enjoy live opera, thanks to the Metropolitan Opera’s “Live in HD” (high definition) series at the Newport Performing Arts Center (PAC). The 10-opera series is presented by Oregon Coast Council for the Arts (OCCA).

The 15th season for the opera begins with an encore presentation Oct. 16 at 2 p.m. of “Boris Godunov,” the tale of a tortured tsar caught between ambition and paranoia.

Additional operas continue through June 2022 and are:

Jason Holland, OCCA executive director, noted that the operas listed as encore presentations are recorded live in HD and then broadcast at a later time. The ones listed as “live” are just that — shown as they are being performed.

The programs are presented on a huge screen on stage at the PAC. Holland said the screen in the Silverman Theatre was lowered last week to make sure it was OK, and it stands about two stories vertically.

“HD is the next best thing to seeing something live,” Holland said, adding that surround sound contributes to the experience. “To share the Met Opera with that sensory experience is exciting.”

He said seating is by general admission, meaning attendees are not assigned seats but can sit where they want, allowing them to space apart from their neighbors as they wish.

Noting that opera is a very expensive art form to produce and maintain, Holland said, “For an organization like the Met to make performances accessible to theaters around the country is a great asset. The scale of the production is so impressive, and the quality of what they produce is overwhelming.”

In past years, OCCA has presented National Theatre Live offerings as well. While none have been booked so far this year, Holland said they are keeping an eye on new offerings, including Broadway shows, as they become available. And as theaters reopen, he expects more of National Theatre Live HD to be offered.

Longtime Newport resident Paul Brookhyser is an ardent supporter of “The Met: Live in HD,” along with his wife, Evelyn. He is looking forward to the coming season’s performances, and said, “You’ve got the best seat in the house in Newport — nowhere in the PAC is there a bad seat for those shows, and you get close-ups of the individuals on stage while they perform.” He added that the presentations include interviews with performers during intermission or a look at “phenomenal” set changes being made backstage.

“It’s like watching a ballet,” he said of the set changes.

Opera now runs in the family, with Brookhyser’s daughter Erica an accomplished opera singer as well as a voiceover artist. Brookhyser said he had not been interested in opera until Erica got involved in the art form.

Brookhyser said another benefit of “The Met: Live in HD” is that subtitles appear at the bottom of the screen, rather than as supertitles at the top, making them easier to read while enjoying what is happening.

He said the Newport opera season attracts a consistent audience, and he is looking forward to the opening performance, “Boris Godunov,” which he described as “one of the best operas in the world, with a lot of costuming and instrumentation. I wouldn’t miss this one,” he said.

Tickets are available at the PAC box office. Season tickets can be purchased up until the first performance, Oct. 16.

The box office is open Tuesdays through Fridays from 10 a.m. to 5 p.m. at the PAC. Masks are required when visiting the box office. For more information, visit www.coastarts.org or call 541-265-2787.

The PAC operates under COVID pandemic protocols — everyone in attendance must be fully vaccinated. Those unable to be fully vaccinated, including children under age 12, must have proof of a negative COVID-19 PCR test taken no more than 72 hours prior to the start time of the performance. This is required as a condition of entry.

In addition, per city of Newport and state mandates and OCCA policy, facemasks are required of everyone while inside the building, regardless of vaccination status, except while “actively” eating or drinking in designated areas. OCCA staff and volunteers will check vaccination cards and face masks.