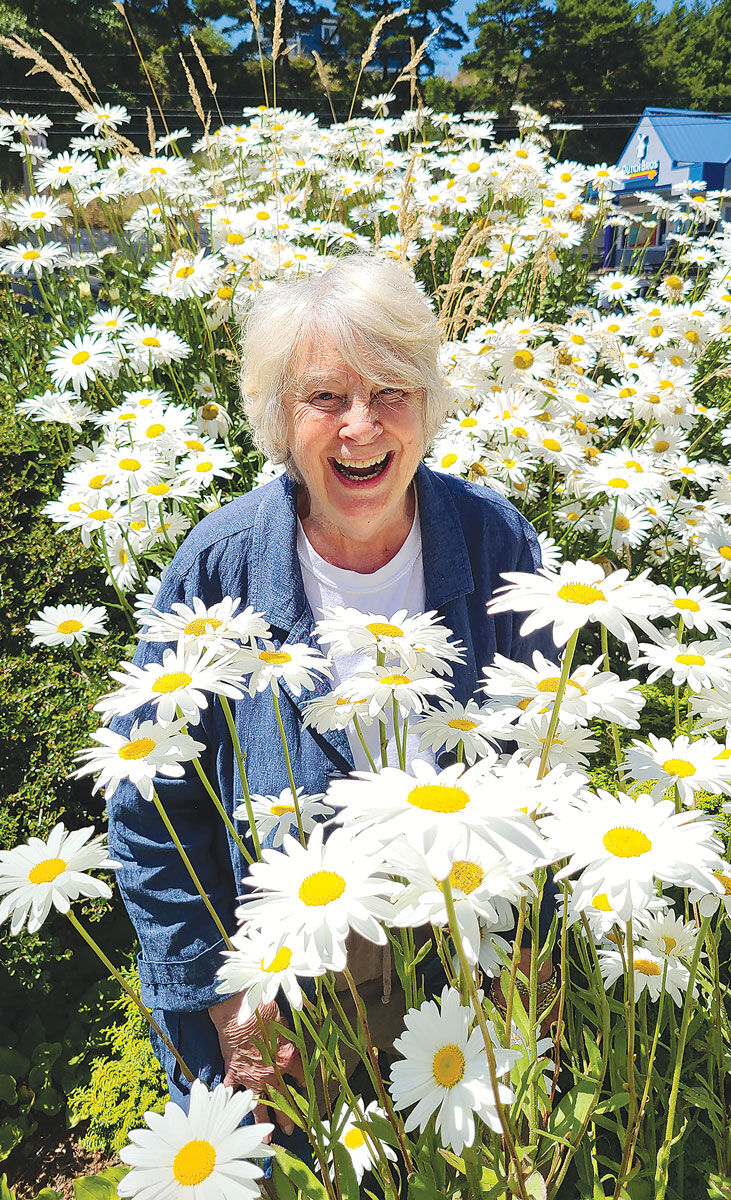 Pam Levander is a clay artist living in Otis. Levander was one of the founders of the Pacific Artists’ Alliance Co-op Gallery at 620 NE Highway 101 in Lincoln City, and her work can be found on display there. She loves to create whimsical sculptures of people and animals. 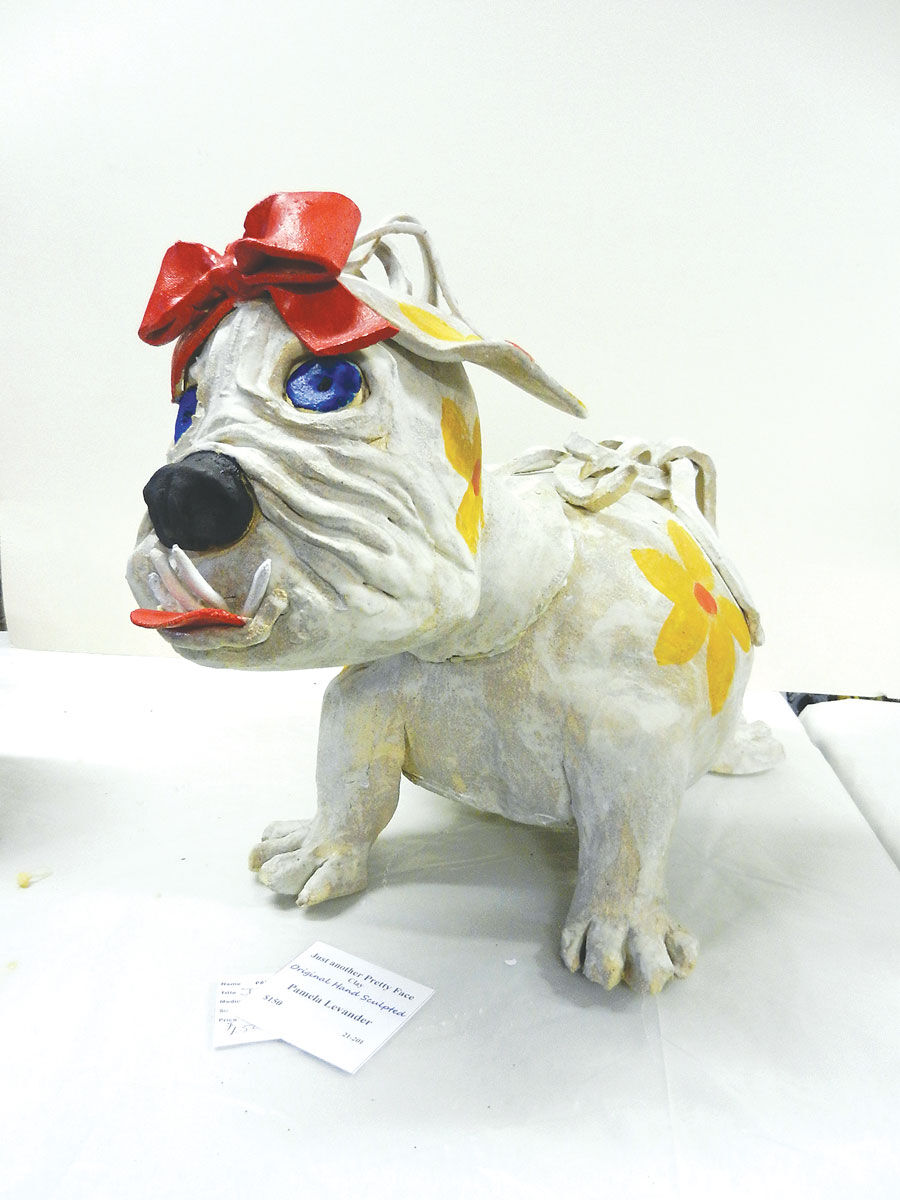 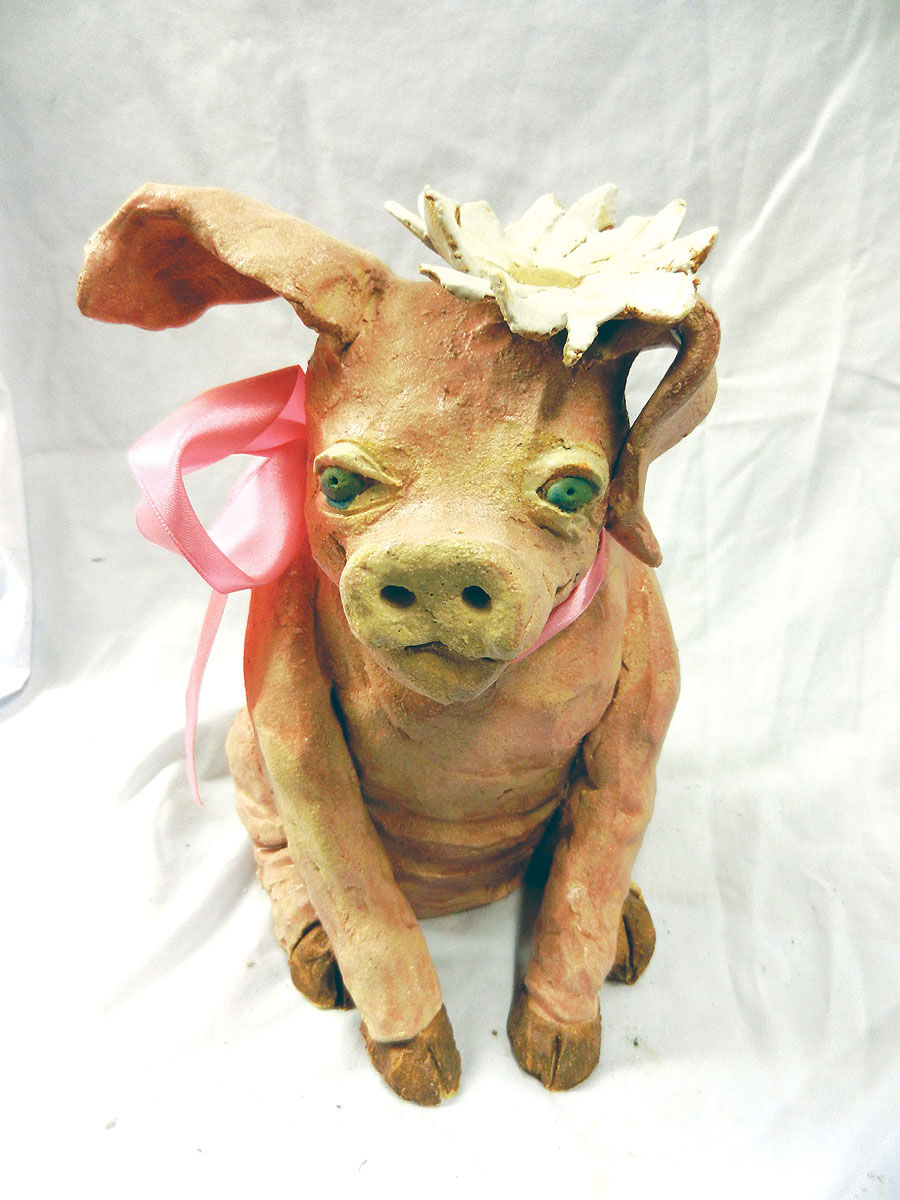 Pam Levander is a clay artist living in Otis. Levander was one of the founders of the Pacific Artists’ Alliance Co-op Gallery at 620 NE Highway 101 in Lincoln City, and her work can be found on display there. She loves to create whimsical sculptures of people and animals.

Pam Levander, of Otis, has moved on from raising and breeding Afghan Hounds to creating whimsical clay sculptures of people and animals, particularly dogs and fish, and she’s enjoyed every minute of both worlds.

“I had raised, bred and showed Afghans for about 25 years and was very successful at it,” she said, noting some of her dogs now live in Canada and Germany. “But as time went on, I got older and it was harder to compete in the ring, so I decided to do judging instead, and I let the (breeding) lines die out.”

Now she is an American Kennel Club (AKC) judge emeritus in the hound group.

Levander and her husband were living in Minneapolis when they acknowledged it was no longer fun to shovel huge piles of snow each winter, and they decided on a move to the Oregon coast. Levander’s parents were living in Otis, and the Levanders found a nearby house and made the move the year Mount St. Helens blew.

“My husband was working for a company in San Francisco at the time, and the prices for houses three hours away from there were so high,” Levander recalled. “So we went up to Oregon to visit my parents, and found a house at the end of their road and made an offer. I was tired of climbing out the dining room window to shovel out the walk to the front door in those Minneapolis winters. Instead, we could move to Oregon and I could paint and write.”

While still in Minnesota, Levander also was a volunteer with a project that provided foster care for wild animals needing a home while they were being rehabilitated. “I took in baby mammals and would wean them, and then the state would help place them,” she said. She fostered animals ranging from bears to squirrels — and even provided six weeks of shelter for Thor, the cougar in the car commercial, when he needed to be in quarantine.

But once settled in Oregon, it was time for art. Levander took a class in clay at Sitka Center for Art and Ecology, and discovered that sculpting in clay was what she wanted to do.

“I’ve painted since I was in kindergarten in Chicago and have been very successful, but I fell in love with clay,” she said.

She has taken numerous classes in clay since then, particularly in raku. “You just keep learning — whatever art form you’re doing, you can always learn more,” she said.

“The raku glaze with its color and shine is so typical of what I see when I look at fish in the water when the sun is shining,” she said. And if she’s not working in raku, she fires her hand-sculpted stoneware to Cone 6, the temperature range most potters work in, usually choosing earth tones in her structural glazes.

She sculpts images of children and animals predominantly, saying, “Everyone does vessels and pitchers, which to me can be boring. I’d rather create something.” Her love of animals — and her sense of humor — are found in her art as well

And her success in art dating back to kindergarten? She recalled that one day in her kindergarten class she was using tempera paint and slathering it on. “A lady from the Chicago Art Institute came to our school and saw me slathering, and said she had to take my painting for the children’s collection,” she said. “So my work has been hung at the Chicago Art Institute!”

She’s painted most of her life and still paints a little now for her own enjoyment, adding “people have been known to buy my paintings,” but her particular joy is her sculpting. “I’ve been very fortunate to have a husband who’s supported me through these ventures and has let me be me,” she said.

Levander is one of the founders of the Pacific Artists’ Alliance Co-op Gallery at 620 NE Highway 101 in Lincoln City. “It’s a place where I can take my things and maybe visitors will find something they enjoy,” she said, adding with a laugh, “one of my fears is saddling my two kids with all my clay inventory when I die.

“I’ve been part of cultural tours and have met many neat people,” she said. “The gallery has been really successful for me.”

She said she helped found the gallery in 2009 because there was no place locally for artists, particularly beginners, to display their work.

“The gallery promotes interaction with other artists as well as putting art out for public view, where it’s basically adjudicated by the public,” she said. Levander added that an artist’s success or failure can be the guide for how long they are members of the gallery.

“The gallery gives artists a chance to talk with other artists and get inspiration as well as criticism,” she said. “I enjoy visiting with other clay artists at the gallery.”

Levander has also taught clay classes for years, and while she did not teach during the height of the COVID-19 pandemic, she has resumed offering occasional classes at her home studio. Her work can be seen at the Pacific Artists’ Alliance gallery.

She said she plans to continue sculpting and showing her work for the foreseeable future. “It’s a social outlet — I get to be out among people, and it’s fun when people say they love my work,” she said. “And it sure beats housework!”