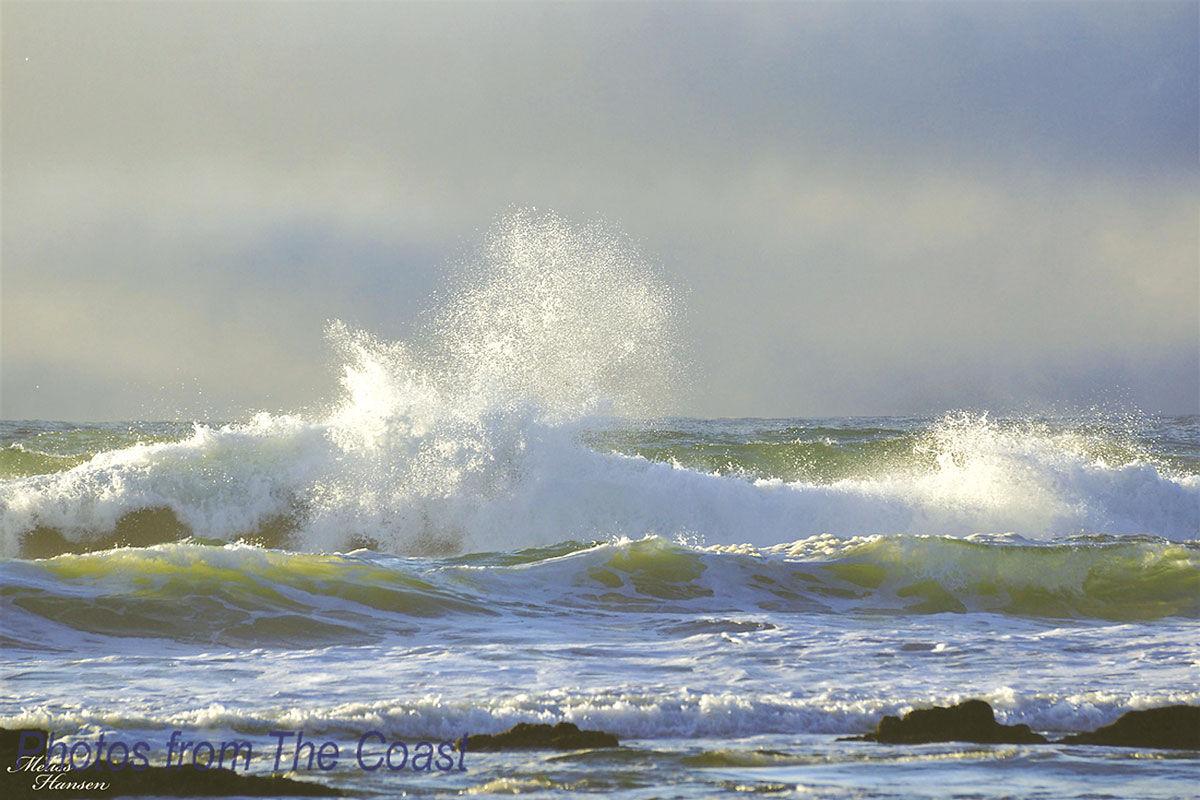 A moment of sunshine through the fog onto the ocean shallows. 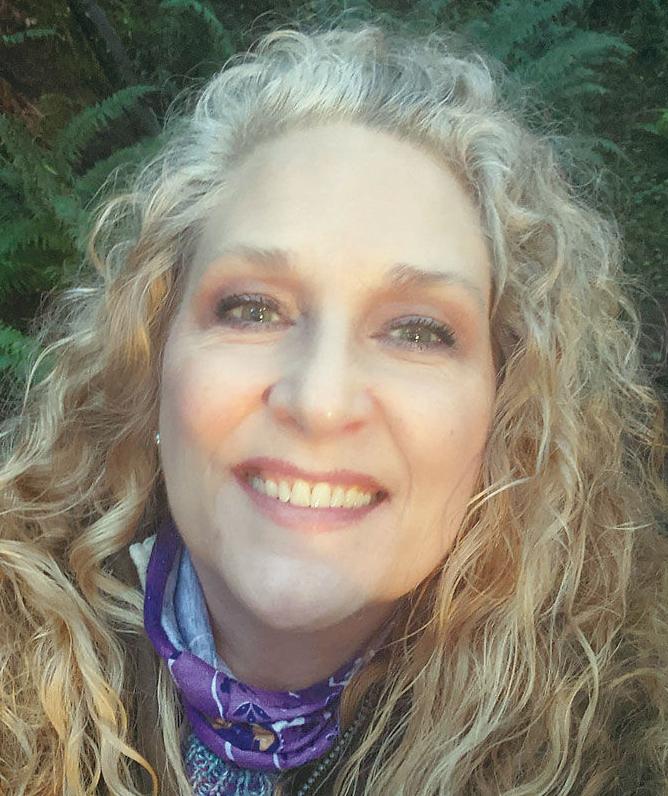 Melissa Hansen, is a photographer who finds her inspiration at the beach outside her front door. Her work can be found at www.photosfromthecoast.com

Five gulls bathe in the beautiful light on the beach as the sun goes down. (Photos by Melissa Hansen/Photos from The Coast)

Melissa Hansen says her best photos are always taken when she is having fun with her son and her dogs. And her place for fun and inspiration is the Oregon beach outside her front door.

Hansen has lived in Bayshore, just north of the Alsea Bay Bridge, since 2013. She said she enjoys watching the wildlife on the nearby canal, especially the variety of birds and the seals that visit the area, and that find their way into her photographs, but it’s the ocean that charms her.

“I don’t use a tripod — I just turn toward the ocean with my camera in hand and shoot,” she said. “Then I go back to playing with the dogs, and I’m ready to shoot again.”

But while she is devoted to her photography work, Hansen is no stranger to other arts. “I grew up in a house of writers, and they brought in dancers, actors, photographers — people involved with all of the arts,” she said, noting she herself is a retired ballerina. The late poet Richard Hugo was her stepfather, and their home in Missoula, Mont., where she lived from the age of 7, was a mecca for artists of all types.

Hugo was a professor and director of creative writing at the University of Montana for many years, Hansen’s father, David Hansen, was an English professor at Dartmouth College and UCLA, and her mother was an English teacher.

Hansen is devoted to Hugo’s memory — he died in 1982 — and noted he has nine books of poems and one mystery novel, “Death and the Good Life,” still in publication.

Hansen went on to study marketing and business in college, but said she always had her ballet to fall back on. “I had the best dance classes while living in Los Angeles, but I missed Montana and my dog and cat back there,” she said.

And then there was the call of the ocean. Hansen said Hugo taught writing workshops in the summer at Cannon Beach and would bring along the family. “I got to meet so many terrific writers — his workshop students are published writers and teachers today,” she said.

“At Cannon Beach I fell in love with the ocean,” she added.

That love continues today and is captured in her photos. Indeed, she introduces herself on her Facebook page by writing, “I am a mermaid, I suffer when away from the ocean.”

Her interest in photography began when her mother asked her to take photos for the Poets in the Schools workshops she was leading. “I remember one workshop in particular on the Rocky Mountain Front in an old schoolhouse,” Hansen said. It was late spring/early summer and the students were able to go outside to write. I took the most beautiful photos of the schoolhouse, but the outdoor photos were my favorite.”

She recalled another time when the workshop was held high up on a cliff that everyone hiked to. “Again, great outdoor photos,” she said. “I have never seen creative writing students enjoy themselves so much. I love the Rocky Mountain Front, but given the choice, the Oregon coast is definitely my first love.”

She said Montana in recent years has been attracting too many people, and she wanted to raise her son by the ocean. “We would come here summers to visit, and he would cry when it was time to leave,” she said. “So I decided to move from Missoula, where the population was exploding.

“The most important aspect of photography for me is the light,” Hansen said. “I follow the light. It’s a different light than elsewhere. Our sunsets are beyond magnificent. I think my storm photos are my best work, and they surprisingly have a lot of light.

“The Oregon coast caught my eye, and it’s that light, so different from elsewhere,” she explained. “I moved to the coast for the light.”

Her love for the coast is the inspiration for her photos, and she explained, “I need to share that feeling — the spray, the smell, the ocean breeze, the sand — everything ocean. It makes me feel so good when people say they can feel the sun on their face when they look at my photos.”

In 2014, Hansen started Photos from The Coast at www.photosfromthecoast.com and said she will be stepping up her business, albeit heavily masked.

“My photos are all about the ocean,” she said. “I can’t get enough of it.” She goes to the beach almost every day, and although people have told her she will get tired of it, she never does.

Many Bayshore residents take and post photos from their phones on Facebook, but Hansen uses a Sony digital camera with several lenses.

“I get a lot of detail — the light on the ocean waves, spray — not just a sun with blue below it, but a great deal of detail in the sky,” she said.

Her photos may also include her dogs jumping on the beach, or views of ocean wildlife. And she also has a foliage photo gallery from her forest walks. “I’m not confident I can share the feeling of the forest yet, but I hope to do that at some point,” she said. “Right now the focus is on the ocean, which is where we are.

“People say they can smell the ocean from my photos,” she added.” It feels so comforting. It feels like home.”

Hansen said her photos are best viewed large — the larger, the better. “It’s all about the detail,” she said. “My favorites are photos printed on metal, 24-by-36 inches or so. The detail, color and light are outstanding on metal. They make you feel that you’re right there.”

Some of Hansen’s favorite photos can be found on her website. She is currently showing her work at Pirate’s Plunder in Aquarium Village in Newport.