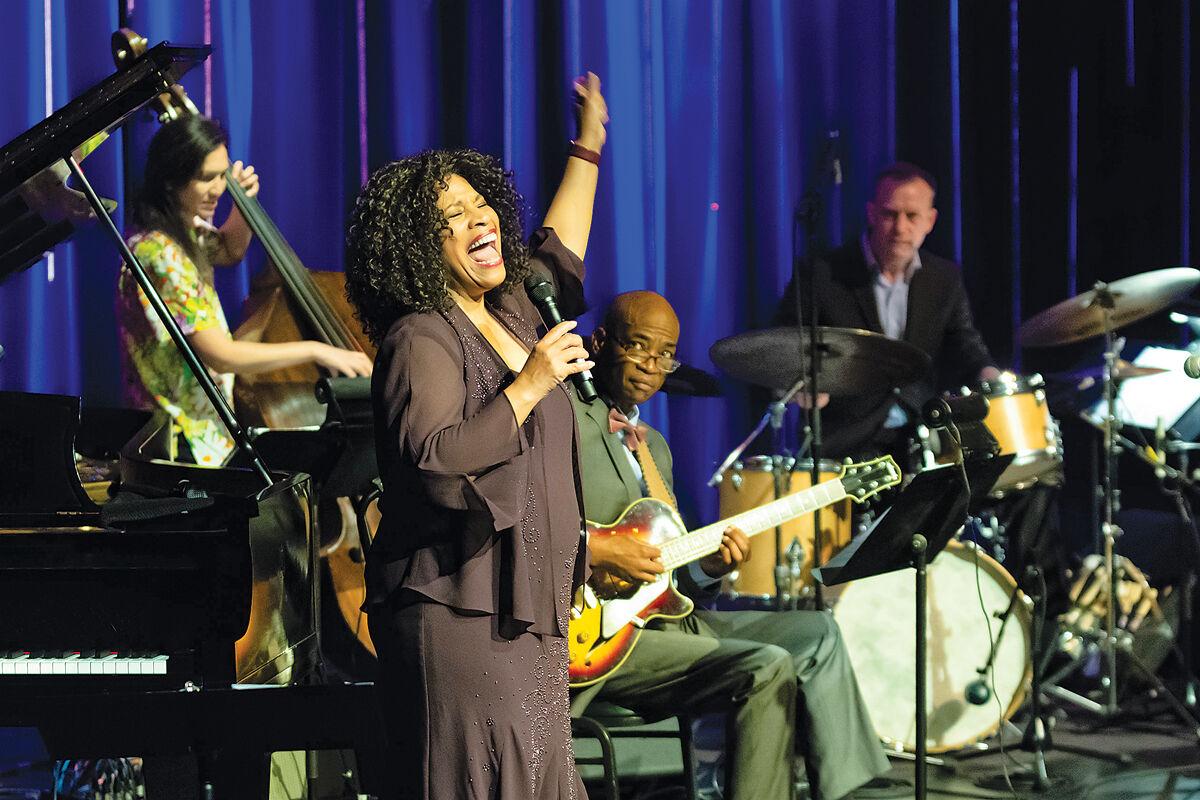 This past year has seen the reopening of both the Newport Visual Arts Center and the Newport Performing Arts Center after COVID closures, which included the return of the Oregon Coast Jazz Party in September. 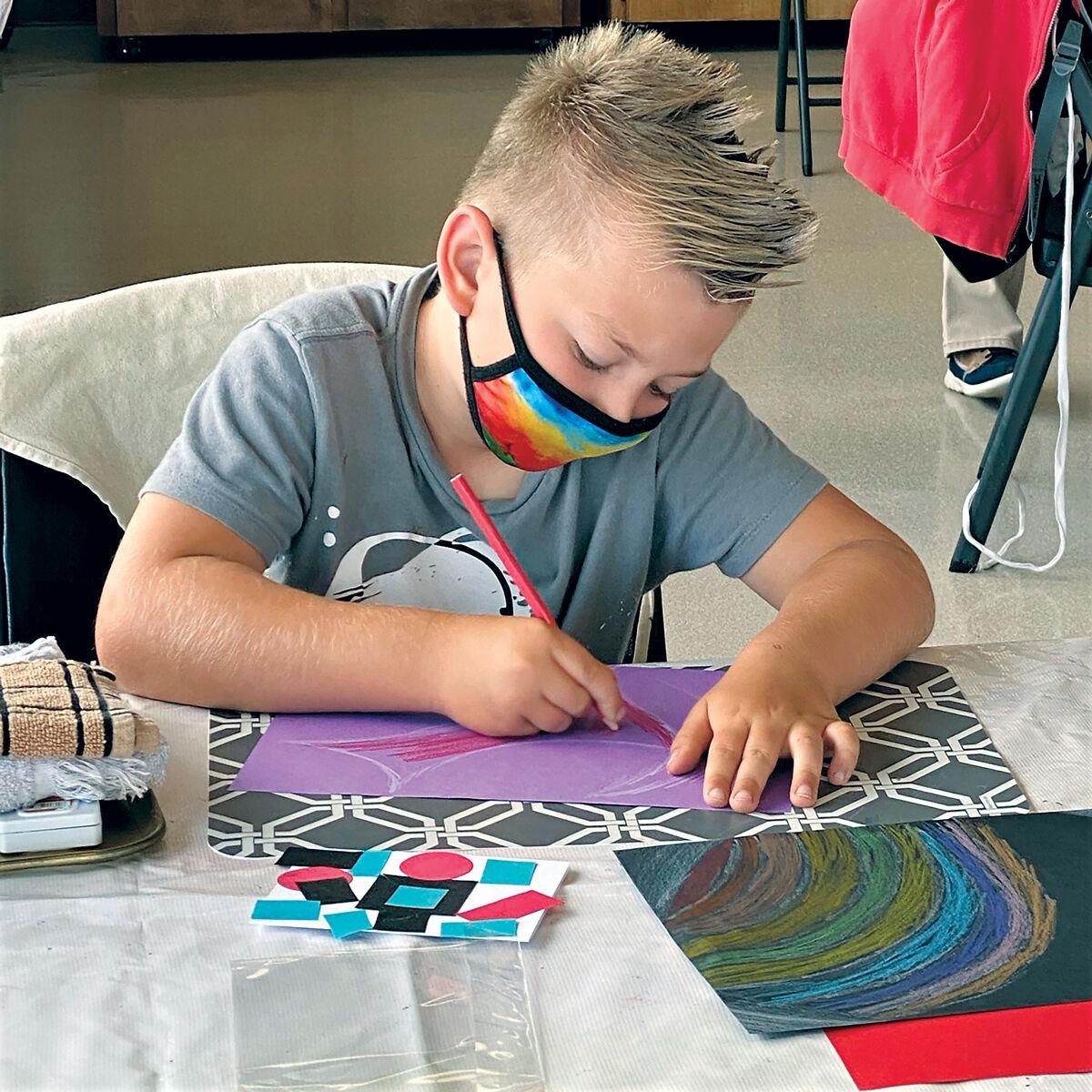 Visual arts camps for young people were held this past summer at the Newport Visual Arts Center. 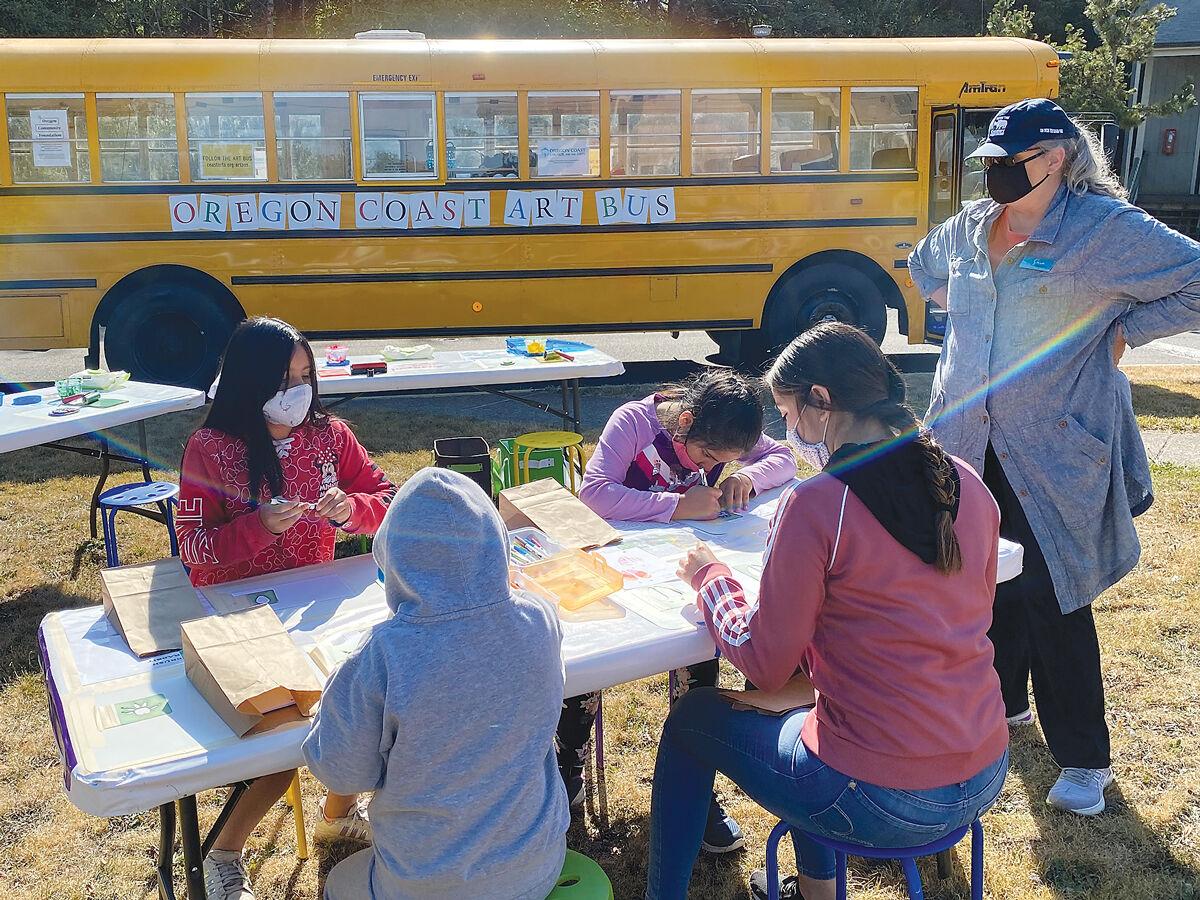 The Oregon Coast Council for the Arts created a new mobile arts-learning platform this year — the Oregon Coast Art Bus — to bring creative learning projects to students throughout Lincoln County and beyond.

This past year has seen the reopening of both the Newport Visual Arts Center and the Newport Performing Arts Center after COVID closures, which included the return of the Oregon Coast Jazz Party in September.

Visual arts camps for young people were held this past summer at the Newport Visual Arts Center.

The Oregon Coast Council for the Arts created a new mobile arts-learning platform this year — the Oregon Coast Art Bus — to bring creative learning projects to students throughout Lincoln County and beyond.

Coming up Jan. 11 is Oregon Coast Council for the Arts’ (OCCA) annual meeting, featuring a glance back as well as a look forward.

OCCA entered a big chapter in its life this year, according to executive director Jason Holland, who has been a major part of that chapter, joining the organization eight months ago.

In addition to new leadership, 2021 saw the reopening of both the Newport Visual Arts Center (VAC) and the Newport Performing Arts Center (PAC) after COVID closures. OCCA is the local and regional arts council and manages both of those facilities for the city of Newport.

“It’s about stabilization, reopening and reactivating, all in a very thoughtful way,” Holland said of the past year. “It’s taken a lot of behind-the-scenes work to figure out how to do our own work in a COVID world. We’re about experiencing the arts, but we have to do so in this challenging environment, in what we feel is the new normal.”

Holland acknowledged that today’s audiences are smaller than in the past, matching the national trend for theaters, but he praised how supportive those audiences are. “They’re definitely an engaged group,” he said. “Our audiences are experiencing what it means to be at a performance again or to stand in front of a piece of artwork, and that has more meaning than it did before.”

Last year’s annual meeting took place on Zoom, and this year’s in-person event is a clear recognition of how things are changing. “While we’ll be recapping the highlights of this past year, we will be focusing on the future and the positive,” Holland said. “We’ll highlight what’s been happening at both the PAC and the VAC.

Holland said that at the VAC, a kiln has arrived for what will become a clay studio on the second floor. “I’m a big ceramics fan, and we’re hoping we can have our first workshops there by early February,” he said.

He is also excited about the 25th Newport Paper and Book Arts Festival at the VAC in April. The festival attracts participants from as far away as California and Alaska, said Holland, who is looking forward to marking “this neat milestone. Folks are very passionate about it at the VAC.”

And at the PAC? Construction on Phase 7 capital campaign improvements to the building are due to begin this spring, probably in May, and should conclude in October or November, Holland said. He does not expect any interference with performance schedules, as most of the work will be backstage, not in the lobby area or the Alice Silverman Theatre. “This work will allow the PAC to host multiple events simultaneously in its two theaters,” Holland explained.

OCCA interim board president Randy Madnick noted that the PAC will maintain its current footprint, but space will be rearranged in Phase 7 work. “We’re getting the important things for our future without expanding,” he said. “I have a lot of confidence that this will carry us another 20 or 30 years.”

The PAC is home to the 350-seat Alice Silverman Theatre, which has been named in perpetuity, and the David Ogden Stiers Theatre, formerly known as the Black Box, with seating for up to 100.

In addition to reviewing the past year and looking forward to 2022, the OCCA 13-member board’s slate of officers will be presented and voted on by the membership.

He moved to Lincoln County in 1993 and lives in Seal Rock. A musician — “that was my first passion, even before I knew about girls,” he said — and music producer, he helped put together 18 years ago what is now the Oregon Coast Jazz Party, and has worked with it ever since.

He organized Jazz Fridays as a fundraiser for OCCA, presented Jazz at Otter Crest for three years, and for a couple of years operated a jazz club on the Newport Bayfront. He is co-founder of Just Jazz, Inc., a nonprofit dedicated to inspire youth, and is a founder and performer with the Perpetua jazz ensemble.

“I’m very proud and honored to be with OCCA at this time in Newport,” he said, acknowledging “it’s all unchartered waters. I’ll make it my duty and pleasure to see the Phase 7 work through.”

Madnick is positive about OCCA. “We’re fortunate to have Jason here,” he said. “He has a foot in the door of the future. I absolutely feel good about OCCA. It’s the crown jewel of the neighborhood.”

“I feel both the PAC and the VAC have a good future,” Holland said. “We’re thankful for the support of the community and their willingness to support the arts in general in this area. And we anticipate continuing to build on that support as we move into the new year, with real hope for the future.”

The meeting opens at 5 p.m. with a reception, followed by the annual business meeting from 5:30 to 6:30 p.m. Music is planned. All events will take place in the PAC lobby.

“This is a time to say thank you to the community and to acknowledge our partners,” Holland said. “We’re all about collaboration and partnership.”