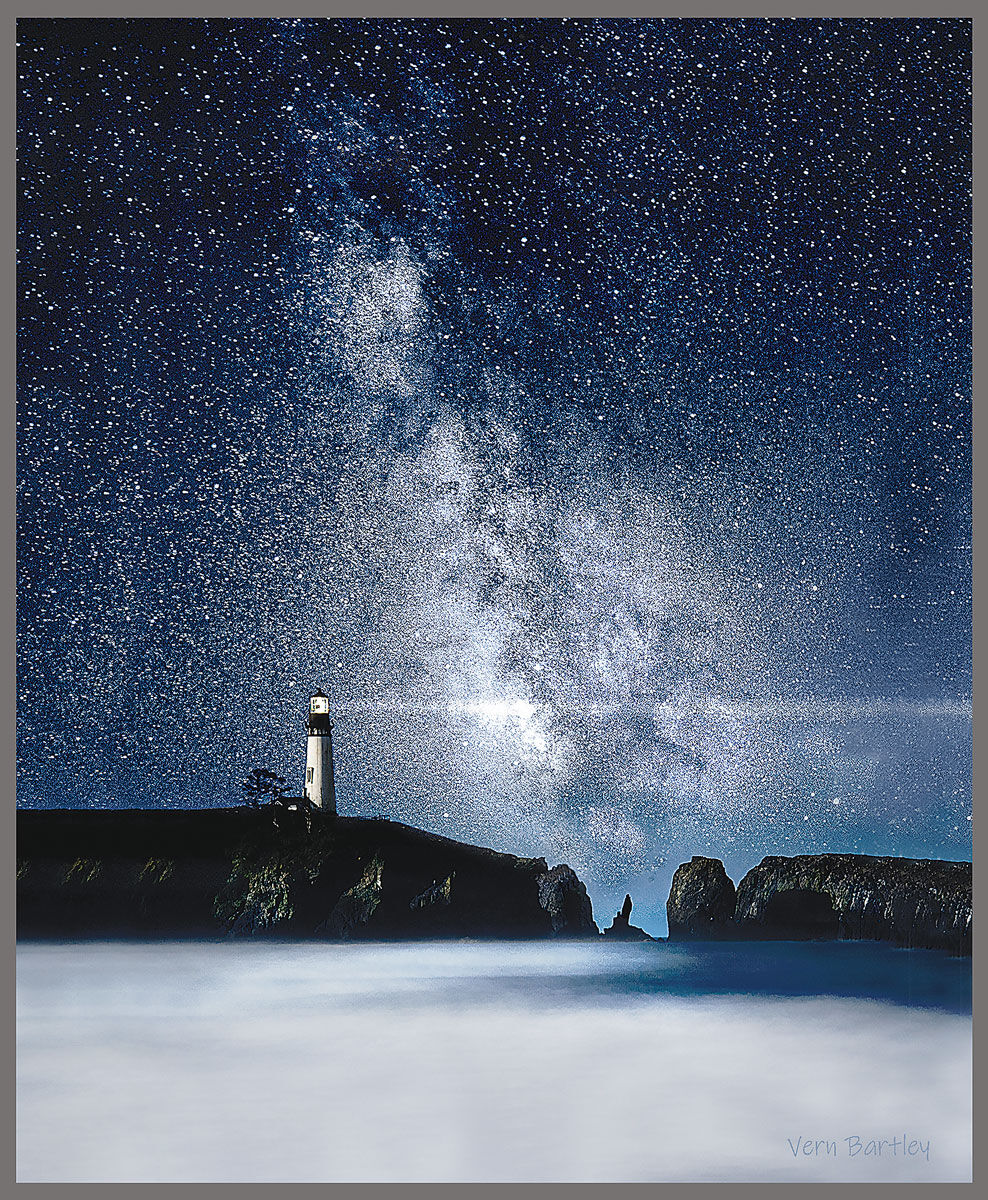 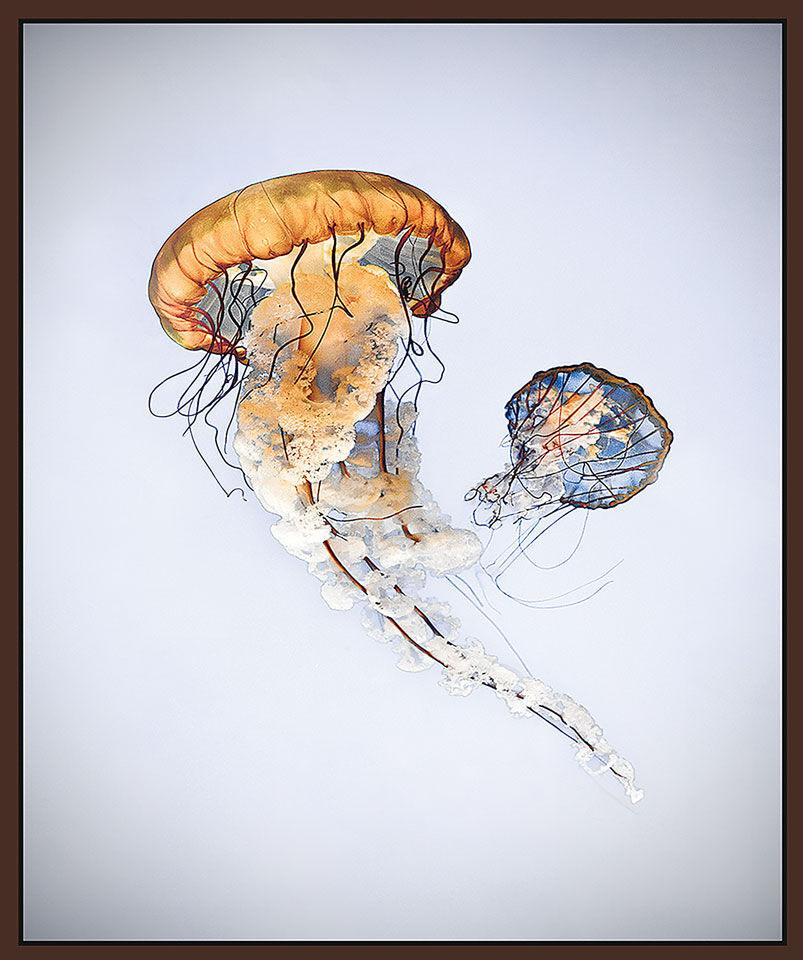 This image of jellyfish, titled “Liquid Motion,” was photographed by Vern Bartley, whose work can be found online at vernbartley.com. 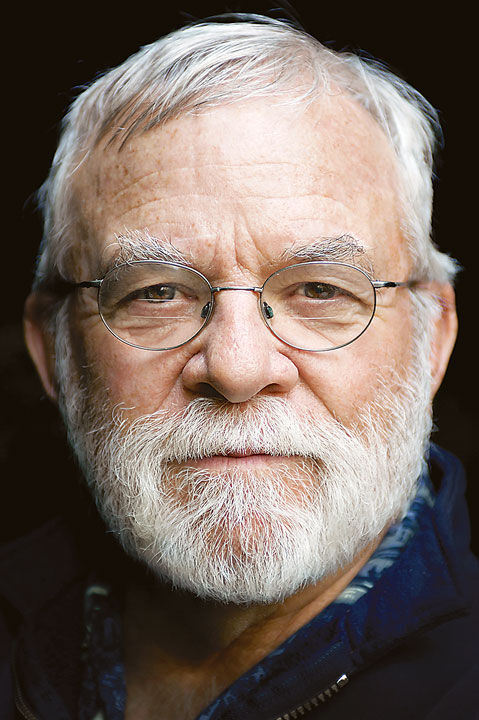 This image of jellyfish, titled “Liquid Motion,” was photographed by Vern Bartley, whose work can be found online at vernbartley.com.

Without realizing it at the time, fine art landscape photographer Vern Bartley stepped onto his career path when he was still in high school.

It was time to take photos for the high school annual, and student volunteers were needed to pose in the wood shop. Bartley volunteered, was chosen, and found himself mesmerized as he watched the photographer set up his equipment.

The next day, the young Bartley tracked down the photographer and told him he wanted to learn how to take photos, and he was off and running.

“That was 1961 when I started my journey to learn about how to use film and cameras,” he said. “I never turned back.”

Bartley found his first photography job in a serendipitous moment right after high school. As he drove a wheat truck through Moses Lake, Wash., he passed the local newspaper office and decided to stop for a job application.

“I had been driving that truck at the harvest,” he said, noting he was not very presentable looking as a result. But as it turned out, the newspaper’s photographer had quit unexpectedly, and when Bartley said he was looking for a photography job, he was invited to start work the following Monday. He was the right guy in the right place at the right time.

“I loved being a press photographer,” he said, noting he stayed for about a year in Moses Lake, where one of his earliest assignments was to take photos of President Kennedy. Then, newly married, he moved to Yakima, Wash., where he was a photographer at the Yakima Daily Herald and Republic, and a stringer for the Associated Press. From there he moved to Oregon and lived in Bend for 30 years. He and his wife, Paulette — his “number one cheerleader for 57 years” — retired to Newport in 2005.

While in Bend, Bartley worked as a firefighter and paramedic, but after he was injured on the job, officials at the Bend hospital asked him to establish an air ambulance for central Oregon. “I spent 20 years to the day putting that together,” he recalled, and was the founder and director of a service that now has three planes and one helicopter.

“The whole time I was doing that job, I had a photography position on the side,” he said. “I did aerial photography for years, and my wife and I had a portrait studio in our home before that.” He flew his own Cessna 172 for most of his aerial photos until he decided it was time to stay on the ground.

“I promised myself that if I flew less than 100 hours in a year, I would retire the plane,” he explained. “The year I retired, I flew 70 hours, and that’s when I decided to stop flying.” His aerial work these days is done with a drone.

While Bartley took one class in photography at what is now Central Washington University, everything else he has learned on his own. “I’ve learned by doing,” he said.

He uses several cameras, one for basic landscape and nighttime photo shoots, and another camera that was converted for black and white infrared work, a medium he loves. “I do that work for me,” he said. “Black and white photography has always been my first love, and I love it when people want to buy it, but I don’t need to sell my work now — right now, it’s about the journey.”

Bartley’s work is predominantly landscape these days, something he said has been his passion for the last 15 years.

And his emphasis now is on images he wants to create, not what a customer asks for. Since 2004, that focus has been landscapes.

“I realized fine art images were often compilations of multiple images or parts brought together in a creative way,” he said. “When I started to get into landscape work, I felt there’s only so much you can do with an image on the computer. Sometimes, when everything was done, I still needed to do things to the image to get it to where I had seen it. I felt like I was creating an image. And being an image creator separated me from the herd.

“My mission is to take what’s before me and use all of it, with the proper management of shadows and depth of field, so the highlights come together as a whole,” he explained, noting that he can show his surroundings in a spectrum that is beyond what the eye can see. On his website, he says an image creator’s final product “is something he captured earlier in his mind … and releases a duplicate image for others to enjoy.”

There are times when he will use two images to create what he is seeking. “As a whole, it’s one image, though it takes two images to get there,” he explained.

About three years ago, he decided to semi-retire from his photo work, he said, noting he was tired of his involvement with galleries, at one point showing his work in five galleries at once. “I took a breather, and just now have decided to move back into it, only with my own gallery, all online,” he said.

However, semi-retirement for Bartley doesn’t mean he’s slowing down. In taking astral landscapes, for example, he may stay outdoors all night, taking photos of the same spot before, during and after moonrise.

First, after the sun has gone down and there’s no moon, he takes an exposure of the stars. He leaves the camera exactly where it was and waits for the moon to come up for his next photos.

“So the camera is taking the same subject but with different lighting,” he explained. “Then I weave the images together in Photoshop, and you have an image you can’t see with the naked eye.”

He has also done that type of work with petroglyphs and at the former hoodoo rock spire at Pacific City, which has since been destroyed by vandalism. “It’s not uncommon for me to spend up to 12 hours on some of these images,” he said. “But once it’s done, the fun begins, as I get to share my photos with people and tell them their story.”

Indeed, in what is clearly an understatement, he will tell people he photographs “rocks and weeds.” And when people on occasion ask if his images are real, his response is, proudly, “It is exactly as I saw it.”

And the bottom line for Bartley after a lifetime behind the camera? “I really enjoy doing what I do,” he said.

He can be reached at vernbartley.com.